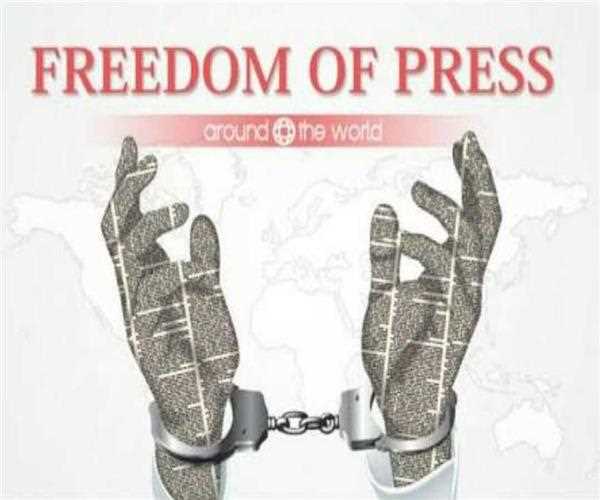 In words of the Father of the Nation Mahatma Gandhi, "The role of journalism should be service. The Press is a great power, but just as an unchained torrent of water submerges the whole countryside and devastates crops, even so, an uncontrolled pen serves but to destroy." 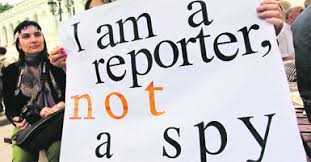 In a democratic country, freedom of the press is very important as it acts as a watchdog for the three pillars of a democracy i.e. the Legislature, the Executive and the Judiciary. We as a citizen of India should need to be aware of their country that what is going on in the country and other political amendments. So, a responsible Media Channel supposed to do a responsible and genuine reporting which is worthful to watch and informative for masses.

Freedom of the press means freedom from interference from authority which would have the effect of interference with the content and circulation of news. But freedom doesn’t mean that media can write or telecast any misguiding news from their portal. They need to be attentive and responsible for their news and provide correct information. A media channel can’t write or telecast any offensive information against a dignified person or a company without and poof.

Freedom of Press doesn’t allow to say anything on Live T.V. just on mere assumptions or without any valid proof. The freedom of press allows media channels or newspapers to access all source of information, freedom of Publication and freedom of circulation. But this freedom doesn’t give them an authority that they can write or show any news irresponsibly. 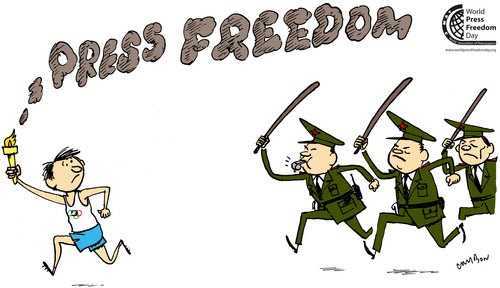 A responsible and dedicated attitude is needed from any print or digital media. Their news can help someone to get justice easily, or to reach to the respective department for his or her problems. This type of responsible attitude gives hopes to other that they can rely on media as well to reach to the justice and to the whole country as well.

Freedom of press holds freedom of speech and expressions which includes the right to impart and receive information which includes freedom to hold opinions. Being opinion is good, but it doesn’t give any right to any media channel to give the judgment. Only the court has right to give judgment. The distinguished Court is there to announce the judgment, not any media channel can give judgment thorough their news reporting.

At last, I would like to say that, Freedom of Press doesn’t allow any media channel to say or telecast anything wrong or worthless. A responsible news reporting is expected from them because all these information’s have a reach to masses and they are not allowed to mislead any person through their news. News Channels are not even expected to be biased with any political party just to earn its goodwill and get a huge lump of money from them in return.

Everyone needs freedom of speech likewise Press and Media also need the freedom to represent his or her expression. But freedom always comes with a great responsibility. So, always exercise your freedom with responsibility.

Whereas, the Press Freedom activity is not being utilized with responsibility. Here the press has been lacking in this field. They are just focusing on earning not on the quality news. Sensationalizing the news is always not required, media needs to verify the authenticity of news before telecasting it.

The freedom to express their opinion doesn’t allow them to make any opinion or make anyone culprit without the decision of the judiciary.

Public Awareness is also needed, that people don’t make their opinion on the basis of news they are watching on the news channels. It might be possible that news channels have just shown the one-sided story. So, before making any decision of judging any political person first verify the news from multiple news channels or print medium.

The judiciary is above to all, so just wait of the decision of the respected judiciary, after that give your verdict or make your opinion.

Media personnel try to highlight the real problem of society and guide them to get justice as soon as possible.