The media and several newspapers are excited for the meet of PM Modi, with other designated leaders of the world in the U.S. He flew to the country on 22 September 2021 where he put this photo on his social handles to give information about his visit. This article provides opinions and views of the visit. Also, it is written to serve the purpose of a one-stop for all the expected agenda by the PM’s visit. 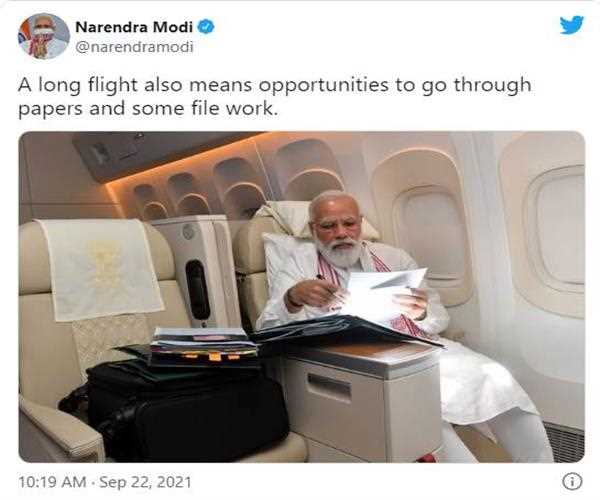 This visit of the Indian PM is not the first to the US but it is definitely first with the U.S. President Joe Biden though. Since he has come under the rule of the U.S., PM Modi is paying him the first visit. Not only Mr. Biden but others leaders are also involved in the “possible great” summit. Thus, this unique visit is going to be significant from the Indian point of view in many ways. The Indian officials, common public, as well as the Indian officials present at U.S. Embassy, are expecting a lot to achieve in this visit.

All eyes on PM Modi:

1. First of all, he met the Qualcomm CEO in the U.S., Cristiano R Amon. It is the greatest company considering the 3G, 4G, 5G, and wireless technology programs. The meeting could be called probably successful because the CEO is interested in extending a helping hand towards India and working with it.

i) During the meet, the main themes of discussion were India’s digital transformation program, 5G connectivity, and public Wi-Fi project PM WANI. The Prime Minister highlighted the events of the 5G trials in India, as well as its qualification to achieve connectivity.

ii) Another interesting topic of conversation was the partnership for working in semiconductors.

iii) He is also looking forward to partner with Qualcomm regarding the new drone policy.

Along with this, the PM also concluded ambitious meets with 4 other CEOs of the world for potential investment in India, including CEOs of Adobe, First Solar, General Atomics, and Blackstone.

2. The next event of the Prime Minister’s visit was on the political front. He was welcomed by the vice-President of the USA, Kamala Harris during a reputed meet. She is the first female Vice-President and highest-ranking female official in the U.S. ever.

iv) Together the PM and the Vice-President agreed to work on terrorism the most. They informed that regardless of what, they would monitor the terror groups in Islamabad, conferring defense whenever needed. The VP also asked the Pak military to keep an eye on the terror groups in their country so that they do not hamper the security of both the USA and India. With the Taliban in Afghanistan as its neighboring region, India is more prone to terrorism, this was agreed by the VP.

v) Another area of discussion was COVID-19 resolve. As the US is going to revive its new rules for travel, India wants to make sure its position is substantial. Not only this, PM Modi is keen on getting whatever technology, assistance, and medication is needed for his people back in India.

vi) The cooperation in the technology and cybersecurity sector was also the highlight of the meet. Just as Qualcomm, PM is keen on reviving his technical efforts from the other US-based firms too. He invited several firms for digital transformation in India. 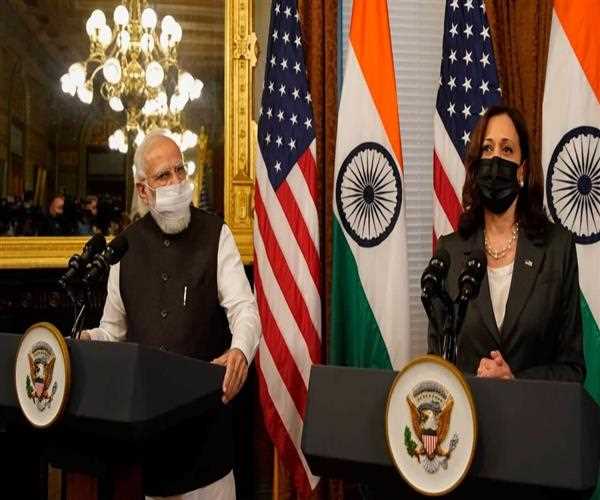 3. Another substantial meet that caught the limelight was between PM Modi and the Japanese PM, Yoshihide Suga. They met together to have bilateral talks with each other ahead of the ambitious QUAD summit. The Indian PM praised and congratulated his Japanese counterpart regarding the successful Tokyo Olympics amidst the global pandemic.

i) They discussed various issues including their recent global and regional developments of importance.

ii) The Afghanistan issue was also discussed out of concern between the two leaders.

iii) They are expected to collaborate in maintaining peace in the much-disputed Indo-Pacific region, particularly the South China Sea.

v) Other issues of importance were agreement on enhancing bilateral security, defense cooperation and, defense equipment and technology.

vi) The ambitious program Supply Chain Resilience Initiative (SCRI) among India, Japan, and Australia was appreciated. It acts as a fuel to enable resilient, diversified, and trustworthy supply chains. 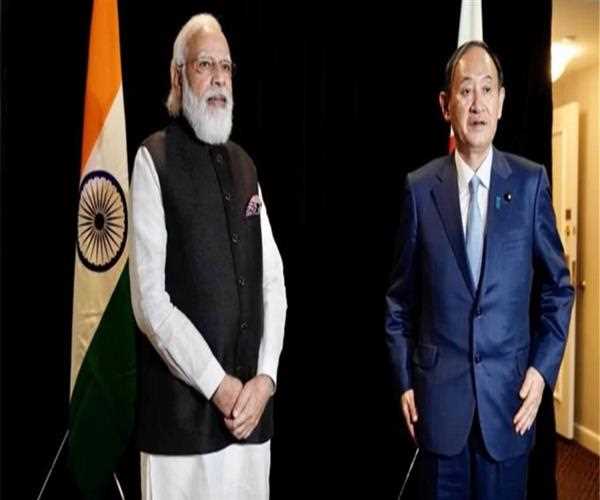 viii) Technological developments and digital partnerships were also discussed and a great outcome is expected out of it.

ix) They discussed the effect of COVID-19 and the measures to curb it worldwide.

x) Climate change and green energy transition was also the topic there. What we expect is the Japanese collaboration with India's National Hydrogen Energy Mission.

Along with this he also met the Australian PM Scott Morrison at the same event. 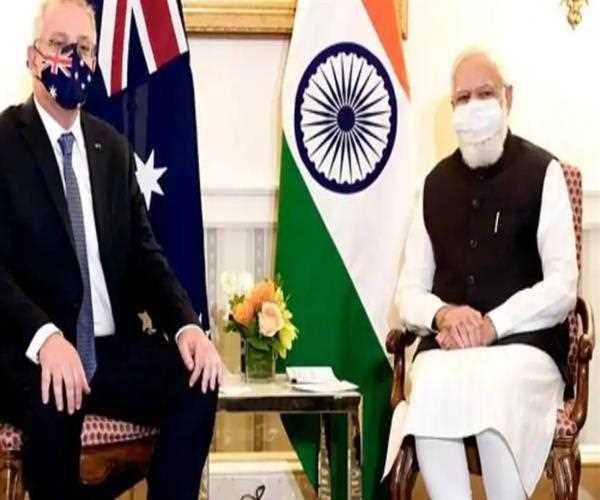 4. The final meet is going to be with QUAD leaders (United States, Australia, India, and Japan). The QUAD summit is supposed to be held on 24 September 2021 among all the leaders. The QUAD is a global organization working on global agendas like security, economy, and healthcare worldwide. Here is what we expect out of the meet:

i) The summit is going to be hosted by the newly elected US President. Due to the harrowing situation of the global health crisis (COVID-19), there could be probable discussions on the Quad Vaccine initiative formed earlier this year.

ii) The most important issue of sharing a friendship over the Indo-Pacific region is expected from the Summit. From this meet, we will decipher whether China’s influence in the SCS has worsened the geopolitical relations worldwide, or not. Maintaining peace in the Indo-Pacific region or countering China is of utmost importance for these countries. They want to ensure free navigation in the region. So, they will review their planning about it.

5. The US President is also supposed to host PM Modi on Sept. 24 in a one-on-one meeting. The agenda of the General Debate is ‘Building Resilience through hope to recover from COVID-19, rebuild sustainably, respond to the needs of the planet, respect the rights of people, and revitalize the United Nations

We’re still awaiting what comes out of this meeting this year. Stay tuned to MindStick to know more.