Is the world a lewd joke to Taliban?

The formation of the new Taliban government in Afghanistan is an indication of hardline terrorist rule at gunpoint, in front of the world. They have smutted in the face of the world and challenged everyone to protest if they dared to.

How funny is that, some time ago, the leading nations of the world used to talk about the peace and stability around the world, the growing terrorism, and how to counter it…and now they all are almost reluctant to approve/recognize a terrorist organization behind the shield of a ‘legitimate government’. Where have all our senses gone? Where is the room for humanity in this world? Is the long-lasting hardcore Taliban rule going to prevail again in Afghanistan?

Afghanistan had been the center of terrorist groups and terrorism ever since the cold-war. But nobody had imagined the Taliban 2.0 government would be formed in the blink of an eye! Terrorists who have only held weapons & bombs in their hands will now hold the Constitution of the country. People who do not even know the meaning of freedom and democracy will lead a whole country that was previously democratic!

About 70% of the local Afghan population is under 25 years of age. That means a whole generation that is unaware of the previous crises and Taliban rule back in the 1980s. Has anyone thought about how this generation would adjust? Does anyone care to give them support and love?

The recent terrorist rule imposed on Afghanistan is an element of TRAGEDY, SURPRISE, AND IRONY. 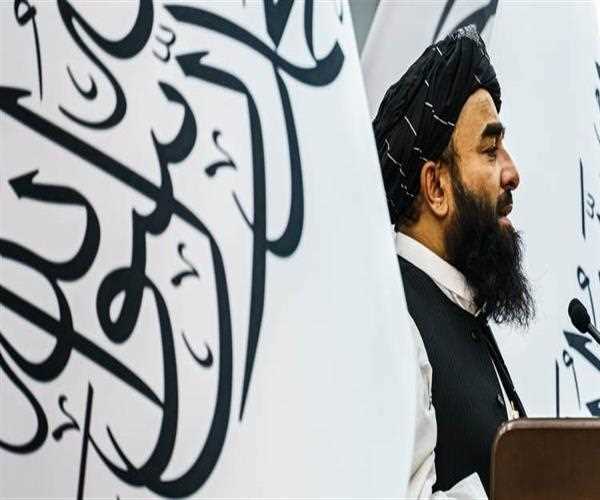 Along with him, Mulla Baradar, who is also an international terrorist and is known for turning terrorism into politics, is elected as the new Vice-Prime Minister in the Taliban govt. The world will join hands, attend meetings and talk about peace with the people they were running after for terrorism! They would be invited to Joint Press Conferences and drafting policies with International leaders, for creating atrocities on women who didn’t wear the burqa. He also has some dollars of prize voted against him for terrorism. WHAT AN IRONY!

There is also an influence of ‘Taliban’s most loved nation’, Pakistan, informing the government. The neighbors have fully utilized their ‘knowledge of terrorism and diplomacy’ in helping the Taliban name their new PM. Since Pakistan didn’t want a known and popular face to be the PM of Afghanistan, therefore, according to their suggestion, Mulla Hassan became the PM replacing Mulla Baradar. 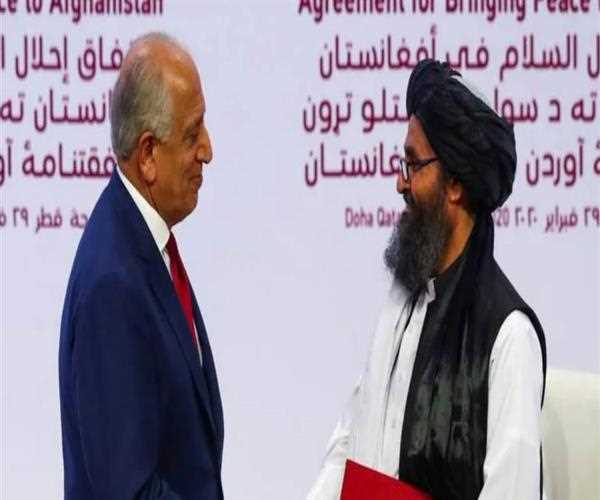 Along with Pakistan, another country is extending its hands of support for the Taliban and that is China. With its own selfish interests, the foreign ambassador of China was seen meeting the Taliban’s new vice-president some days back.

The most ironic person who is being talked about is the Haqqani group leader, Sirajuddin Haqqani. He is an associate of the Haqqani terrorist group in Pakistan which is famous for conducting terrorist explosions on NATO group countries and other dreadful terrorist activities. He also spent some years in jail and the UN holds a handsome amount of compensation money against him. But unfortunately, the UN will hold hands, invite him to peace talks and honor him now because he is elected as Afghanistan’s new Home Minister. Can you think of the peace & harmony that is going to prevail in Afghanistan when an ISI associate terrorist is set to rule the country? Isn't it appropriate to believe that Pakistan has huge involvement in forming these strategies?

What is clear now is the fact that the terrorist who was responsible for so many internal disruptions, attacks, and violence in Afghanistan till now, will now hold the power of handling the home ministry. 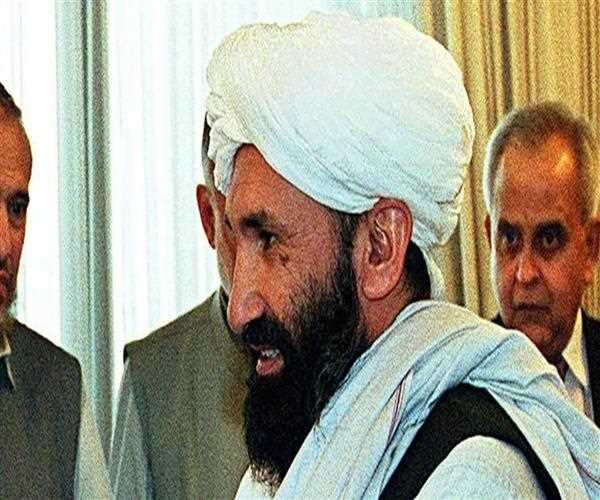 Amir Khan Mottaki, who was also a hardline Sharia believer and whose objective was to save Islam through Jihad will now be welcomed at foreign conferences. He will be the face of Afghanistan’s foreign policies and join press conferences because he is the new Foreign Minister of Afghanistan. The world leaders, including America, Russia, China, India, Iran, Iraq, etc. will formulate foreign agenda with him, as he leads Afghanistan with terrorism.

Now the question is, where has our common sense vanished? Why do so many countries feel the need to give recognition to terrorists as a government? Why are they watching silently? Most probably, because they have lost the far-sightedness of how dreadful the future would be if they remain silent!

In a few weeks of the takeover, the Taliban seized control over Afghanistan causing the democratic government to collapse. It caused the exodus of citizens, mass killing, and much more.

Amidst all this crisis, what does the future hold for Afghanistan?

Soon after the formulation of the new Talibani government, the formal Afghan economy is going to crash! This will push the market into despair and recession. Since there is already a shortage of liquidity flow in the country, the conditions will become devastating as the common man strives to buy the basic commodities.

The world is aware of the fact that about 42% of Afghanistan’s GDP comes from foreign aid (in the form of imports) because the country is highly dependent on foreign aid. But as the new govt. rules, the U.S. World Bank and IMF have frozen all the Afghan assets. They have restricted any foreign aid or asset from going to Afghanistan.

The locals are the dead-end of suffering. In this situation, many helpful nations are in dilemma: whether to cut off foreign funding to ensure that the Taliban govt. doesn’t enjoy these funds or to continue supporting common people. If they do so, then aren’t they becoming abusers of Human Rights?

The recognition of the new government around the world depends on the concessions it will offer the International communities. These concessions would be Human Rights Guarantee, more freedom for women, and a promise not to harbor terrorist groups. But everyone is aware of how good the Taliban is, at keeping promises!

The prices of basic commodities in Afghanistan spiked to 50% after the Taliban takeover. This means, no liquidity of money, and the country is on the verge of starvation. The World Food Bank has also asked for $200 million to help the ‘starving Afghanistan’. In a country of 39 million people, half of the population is below the poverty line and women have been declared to be on a fundamental red line in Afghanistan. Also, the future potential of productivity is declining as the Taliban has locked half of the population at home. There are so many refugees who have fled Afghanistan to save their lives.

The World Bank has even decided to impose Capital Controls over Afghanistan. 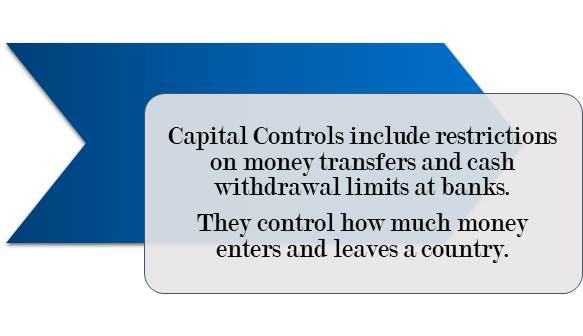 Even after hearing all this, some ‘courageous’ countries are about to recognize the new government

• Saudi Arabia has yet not made it clear whether or not they will approve of the govt.

• On the other hand, Qatar is not only funding but also working to be a link between the Taliban and the Western world.

• Iran, who had enmity with the previous Taliban government, seems to be happy with Taliban 2.0. It does not want any powerful nation to be present in the Middle East that’s why it requires the Taliban’s terrorist coordination to help them.

• Turkey, as usual, wants to establish its rule over the world like in earlier times. In fact, the group of NATO countries (whom the Haqqani group had attacked earlier) only Turkey seems to be openly supporting the Taliban.

• Pakistan, China, and Russia are well known for their agendas with the Taliban. 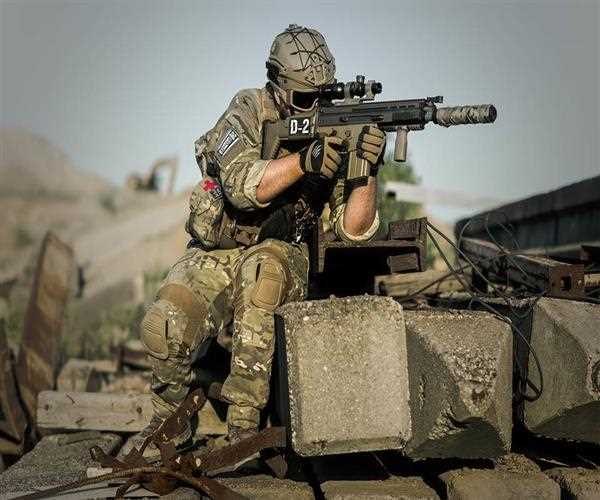 The world is about to see whether or not they will recognize this govt.

• America is the core reason for all the disturbances happening in Afghanistan. After doing what they had to do for 20 years, they left the country in the hands of the Taliban and fled away. Now, many of these terrorists are on their WANTED list and it does have many important projects going on with Afghanistan.

• India is the center of all the effects that will take place in Afghanistan. It had close relations with the previous Afghan govt. and also an investment of up to $3 billion there. The ongoing projects, the refugees, and the people of India, all are stagnant and watching with hopeful eyes. Also, the country is prone to any attacks that are possible in the future.

• Great Britain is sincerely supporting all the refugees that fled from Afghanistan but also has many strategic impulsions with the nation.

So, what will be the future of the Taliban with these countries? Will all of them blindly watch or approve of the government?

• Along with them the NRF at Panjshir and protestors are also disapproving of the new Taliban rule.

The whole geopolitical, economic and cultural situation of the world is currently disrupted due to the Afghan crisis. Supporting or not supporting the government lies in our hands, the common public.

Let us unite and show them that a terrorist organization cannot rule and form political international relations until it’s too late!