Role of Pakistan in the Afghan War

Pakistan has been a narrow-lurking nation during the whole battle of Taliban v/s Afghanistan. It has not been a mere spectator like the rest of the world, but an active participant. A day after Taliban captured the Afghanistan in August 2021 the tweet from Pakistan went viral saying “Afghanistan has broken shackles of slavery”.

What does this mean? Is Pakistan openly supporting the horrific acts of the Taliban? When the whole world is criticizing the takeover of Afghanistan, why only Pakistan has been going gaga over the ‘achievements’ of the Taliban?

It has been a matter of open acknowledgment of how the Pakistani military and ISI have supported the Taliban over the years. But the situation is quite complex to understand.

Take the attack of 2011 on the Pakistani airbase, the 2014 terrorist attack on Karachi International Airport, or the attack on a school in Peshawar- all have hidden agendas of Talibani ideology. Even after the stats showing just 10% of the Pakistani public support the Taliban, the military, government, and ISI openly support it.

The records of an ongoing border issue between Afghanistan & Pakistan find a place in history. When the Britishers created a Durand line, it served as Pakistan and Afghanistan border after the Indian independence in 1947. The ethnic group living there, called the Pashtuns, still hold the Durand Line going through them. This line divides Afghanistan from Pakistan and is the major cause of problems between both nations. After the Indian independence, the Pashtuns demanded a separate nation of their own by the name of Pashtunistan. Their plea was rejected by Pakistan and the borderline is still present.

This enmity resulted in worse situations. The population of Pashtuns living in Pakistan was exploited and neglected by the Pakistani govt. It was also blamed for taking support of other Pashtun groups for raising terrorism. This policy gave rise to the separatist movement in Pakistan, even more, when the Taliban came into power in 1990. It refused to accept the Durand Line in Pakistan and strongly believed in Pashtun Nationalism. 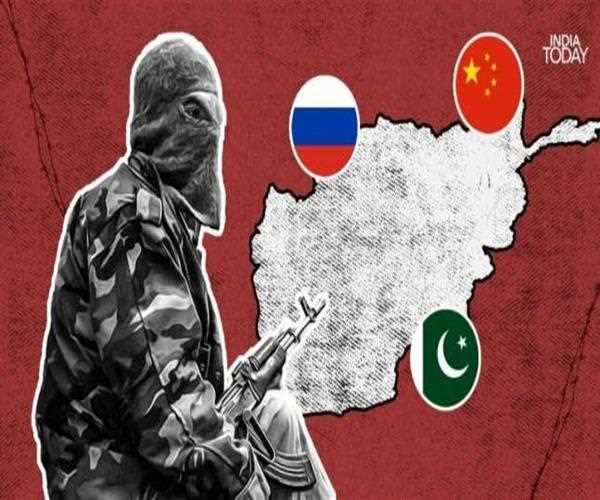 How Pakistan helped the Taliban?

However, the Taliban was overthrown by the USA after the 9/11 attacks and a lot of Talibanis took shelter in Pakistan. It was receiving funds from the US for capturing the Taliban but in turn, it was funding the Talibani terrorist groups to attack the US. Now the question is, why did Pakistan play such double standards? There are two main reasons for this:

• It wanted to fight India better. All the governments of Afghanistan were pro-India which became a major concern for Pakistan. That’s why it wanted to support the Taliban.

How will it affect the future?

It is evident that nothing matters for the governments other than the greed for power. They care the least about ideology, principles, or people’s welfare. They may announce that they are working for the welfare of the common public but that’s a lie.

Read, how the USA drifted away from the country after the Taliban occupancy.

Take the example of Pakistan only. Only 10% of the common public in Pakistan approves of this assistance that it is offering to the Taliban. But the government and ISI are at benefit, so they are pursuing it.

The future lies dark ahead of Pakistan as well as other South Asian countries if they continue their support like this.

1. Terrorism can rise in Pakistan, post support to Taliban. If Pakistan keeps on supporting the Taliban the old terrorist group Tehrik-i-Taliban Pakistan, which had been formed during the Russia-US rift can begin its terrorist activities again. This could, in turn, harm the whole region as well as Pakistan’s general public. After that, there will be no option in front of Pakistan other than regretting its own actions.

2. Right-wing parties who support terrorism, like Tehreek-i-Labbaik Pakistan, could become active once again. This party was responsible for the terrorist attack in Peshawar school.

3. The already unstable Pakistan can face an economic crisis again. If Pakistan keeps on funding the Taliban it would diminish its image in the international market. No country would be able to trust its instincts for trading.

4. The terrorist groups would directly target pro-Afghanistan India. It would create a hard time for Indians as well as the UN security too because combating terrorism isn’t easy.

Keeping these things in mind, Pakistan should strongly make a decision to clear its mind. It should analyze the situation at hand and plan for the welfare of the people. Its own political interests could be served by following a liberal path of non-violence too, rather than supporting a violent Taliban.

5. Not only this, the women of all the Islamic nations will continue to suffer in the name of Islam ideology if the Taliban-Pakistan friendship continues. The Taliban is already exploiting Afghan women every single moment. This would spread on a widespread level if Pakistan keeps on helping them on top of everything.