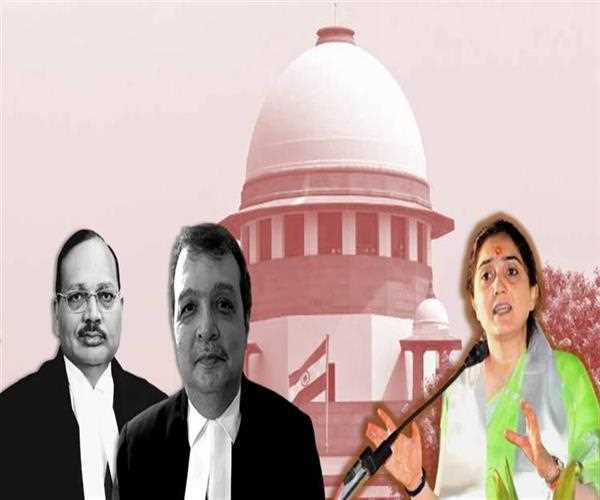 In response to the negative comments made by the Supreme Court on July 1 against former BJP spokesperson Nupur Sharma for her comments made on national television about Prophet Muhammad, which had sparked violent protests and riots in many States, retired high court judges, government officials, and military officers have issued an open statement.

In a statement on Tuesday, 25 senior military commanders, 77 retired bureaucrats, and 15 retired judges criticized the two Supreme Court judges for making 'indiscreet remarks' about the former BJP spokesperson Nupur Sharma. When hearing Nupur Sharma's plea last week, the justices Surya Kant and Pardiwala led the panel and held her accountable for the killing of Kanhaiya Lal in Udaipur.

Nupur Sharma had asked the Supreme Court to bring all of the FIRs filed against her together and transfer them to Delhi. She also begged for safety and mentioned the security threats she and her family have been suffering.

The justices had criticized Nupur during the hearing for her comments on the Prophet Muhammad.

They said things like 'it lit the entire country on fire' and 'she had a loose tongue.'

They said, 'This lady is solely accountable for what is taking place in the nation.'

Moreover, they said things like 'She poses a threat, or has she developed into one? How she sparked feelings across the nation.' She was even given the responsibility for the murder in Udaipur. She was asked to apologize to the entire country by the justices.

The apex court judges were singled out for criticism on social media for their comments made orally while listening to Sharma's plea.

The letter read in part, 'As concerned citizens, we do think that democracy in any nation will endure as long as all institutions uphold the constitution's requirements.

We were compelled to make an open declaration after recent remarks made by the two judges of the Hon'ble Supreme Court superseded the Laxman Rekha.'

'Unfortunate and unheard-of remarks made by the two-judge bench of the prestigious Supreme Court—Justice Surya Kant and Justice J.B. Pardiwala—while considering a plea filed by Nupur Sharma have shocked both the nation and the world.

The observations, which are being loudly and concurrently relayed by all news outlets, are not consistent with the judicial ethos 'stated the letter.

The letter also noted, 'These observations, which do not form part of the judicial order, cannot in any way be justified based on judicial propriety and justice. Such heinous offenses have never before occurred in the history of the legal system.'

The letter stated that the judges' statement that they were 'single-handedly accountable for what is happening in the country' 'had no sense.'

'Such observations effectively exonerate the heinous beheading that occurred in broad daylight at Udaipur. The conclusions also advance to the most ludicrous degree that this was done 'simply to fan an agenda,' 'claimed the letter.

Kant and Pardiwala had also questioned why Sharma had not been arrested during the hearing. According to the letter to the head of the CJI, 'The observation that an FIR should result in an arrest is sure to startle and shock the legal community. The observations made on other government entities without their knowledge are in fact concerning and alarming.'

The ex-judges, bureaucrats, and armed forces wrote a letter requesting 'rapid corrective procedures' because they believed 'these have potentially catastrophic effects on democratic ideals and security of the country.'

The letter also stated, 'The Indian Constitution's ethos and core values are being crucified by the observations, which are judgmental and on matters that are not currently before the Court. A democratic society can never include forcing a petitioner with such compelling accusations, finding her guilty without a trial, and denying access to justice for the matter expressed in the petition.'

'It is difficult to see why Nupur's matter is given a lower priority.

Such a strategy adopted by the Honorable Supreme Court is wholly unacceptable and compromises the integrity and honor of the nation's highest court.'

In the letter, it was requested that Justice Surya Kant's name be taken off the roster until he can retire, or at least, that he be told to retract his comments and observations from the hearing.