Perilous Collapse in Afghanistan; all at once!

Afghanistan is living with a ‘double-edged sword’ currently. On one hand, the Taliban is routing for terrorist attacks on the Afghan locals, and on the other hand, people are facing a serious problem of food crisis. They have begun starving as the food prices are continuously rising.

The people are not able to purchase even the basic commodities due to inflation. The entire market of Kabul and other cities is disrupted and under the Taliban. That’s why they are permanently closed. Whatever market is working doesn’t let people purchase the goods at a cheaper rate. Life has become inexpensive than food in Afghanistan now.

Taliban declared its own ‘terrorist government' after uprooting the democratically elected government of Afghanistan. It gained control over the country by hook or by crook. It came prepared with guns but didn’t prepare for food. Even for a second, it didn’t ascertain how the people in that country will survive without food, where the Taliban has to rule!

The crops in Afghanistan have also been destroyed because there is no farmer who can take responsibility for producing grains and crops in such a situation. Almost 70% of the population of Afghanistan is below the poverty line. 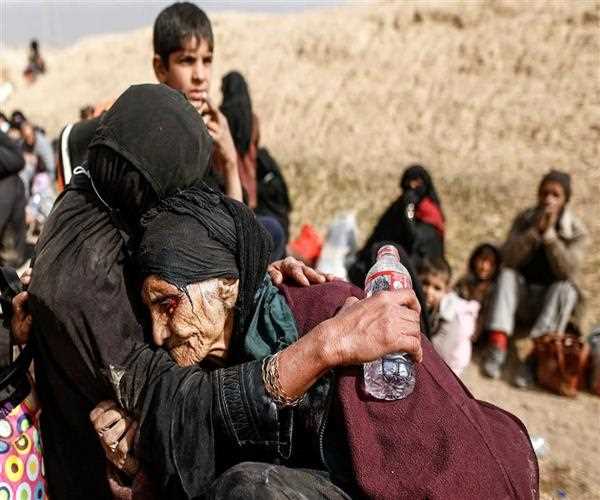 Also, pertaining to these security issues the foreign aid of money has also stopped for Afghanistan. Rs.74.26 thousand crores of the Afghanistan Central Bank have been banned by the U.S. The World Bank & the NATO group have also stopped any financial aid to the country as well.

The United Nations Food Security Council is the only foreign institution that is helping Afghanistan during these times of starvation, but that help is also uncertain. Nobody knows for how long it will continue helping.

The manufacturing units, industries, factories, production units…all have been under closure since the day the Taliban attacked the country. People don’t have enough money to generate supply and the demand is continuously rising. That’s why the country is suffering from inflation.

However, more than $1billion in aid has been promised to Afghanistan by the United Nations as the public services in the country have totally collapsed. But the cunning Taliban is speculated to keep that money for the use of its officials and not for serving the poor locals.

This is the worst ever humanitarian crisis in the world as there is no way out for the people. Even before the Taliban’s attack, people were facing dire outcomes by decades of suffering, insecurity, consistent droughts, economic decline & the COVID-19 pandemic. This attack has added more to the problem! More than half of the population under the age of 5 were facing the problem of malnutrition. What more could the fighting have helped these people who had to run out of their homes to save their lives? 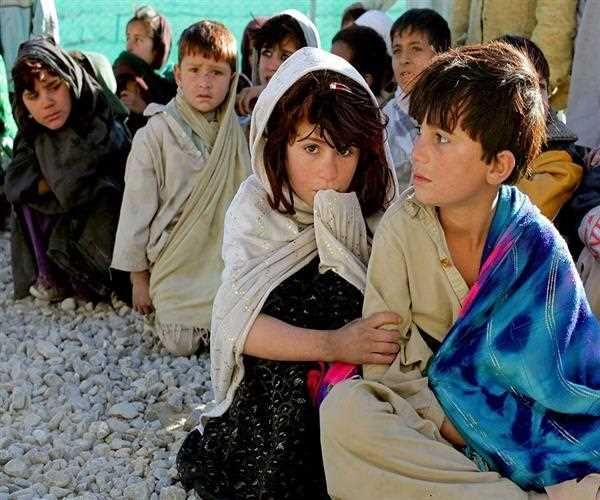 The worst survivors are the children. They are facing a two-faced battle: one of leaving their parents and the other of food starvation! Everything is haphazard in this situation. Without immediate action, this catastrophe could deteriorate further causing millions of children to starve to death.

Another significant crisis at this time is the collapsing healthcare system. During the time when the healthcare system needs to be the most stringent in the country, it is falling beyond any limits. The assistance of the Afghan hospitals depends on foreign aid that has been completely banned.

The researchers have led to a conclusion that just humanitarian assistance will not solve anything, instead, it will only lead to a massive exodus in the country. What needs to be done is the subtle injection of cash should be allowed to flow in the country slowly. The economy should be given time to soak everything and breathe. It is almost impossible to send any humanitarian assistance to Afghanistan without involving the Taliban. Thus, there could be a problem of theft or robbery later. The common public will suffer even more then.

It is a big question whether the Taliban could be trusted or not.

What if the aid that is provided for the Afghan locals ends in the wrong hands?

Taliban has already revealed its real face regarding the fake promises it made for upholding human rights and equality to women. Now it is also subtly knitting the thread of preventing girls' education totally. So, not by propaganda or speeches, it is doing everything through mind games.

Thus, it is clear that Taliban 2.0 cannot be trusted.

The responsibility of cleansing and fulfilling Afghanistan could not be left on the Taliban. Every stomach is empty there, every foot wants to escape, every woman is unsafe, and every human is on deathbed veiled as Taliban.