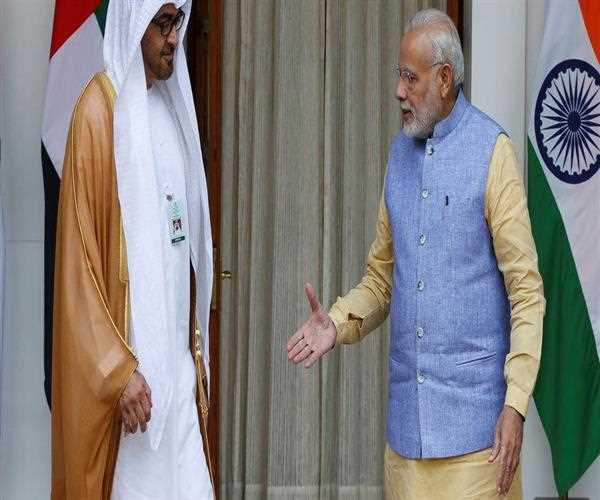 India’s relationship with UAE will become stronger after signing a pact known as the Comprehensive Economic Partnership Agreement (CEPA) on 18 February 2022.

In recent years the bilateral relationship between both countries has strengthened in all areas and in the future, both countries are planning to sign more agreements that will boost the trade sector of India and UAE.

On Friday, 18 February 2022 Prime Minister Narendra Modi and UAE Crown Prince Sheikh Mohamed bin Zayed bin Sultan Al Nahyan are about to sign a CEPA pact at a virtual ceremony. This agreement is viewed as a beneficial ingredient in developing a strong relationship between both countries.

Both the countries are signing a pact when UAE is celebrating the 50th anniversary of its foundation and India is celebrating its 75th year of independence. The trade pact is looking as a trade booster it has a vision that FTA will boost India and UAE trade from $60 billion to $100 billion in the next five years and trade in services, is about to be increased by 15 percent. 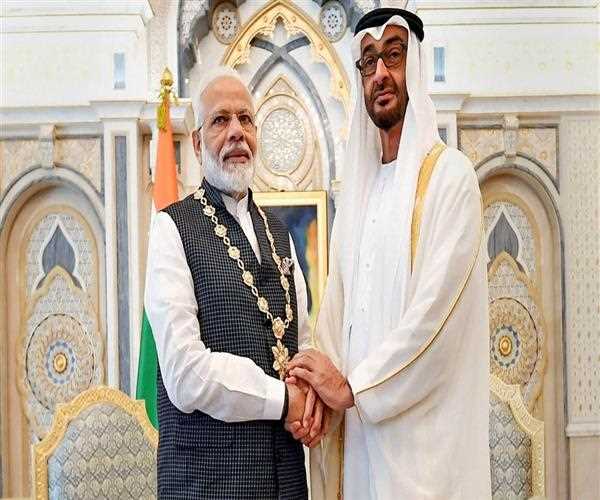 If we look at the trade from an international point of view we are not signing the pact for the first time as in history we have also signed many agreements with UAE and other gulf countries and now India has also a dozen of countries to sign the pact in different fields.

The oil trade with India of Arab countries has been well connected since ancient times and still, it is being used for import and export. The major part of the trade is focused on the convenient trade between both the countries and this time the pact will be signed based on the Free Trade Agreement (TFA) which will also benefit both countries.

At a time when every country is trying to enhance its dominant power, China and Pakistan are also signing many agreements related to making a path for attacking their evil intention. The tension situation of Russia and the US is also live to all hence We should also have some international power to defend our enemy. UAE also has demanded its debt from Pakistan which will curb Pakistan’s development and in such a way, there will be an internal economy loss situation for Pakistan.

During the pandemic period, the trade became inactive all over the country which affected India too but now it has been resumed with many countries.

Such trade also enhances the number of employment in the country and it will also enhance our market access in many countries. The trade will also enhance the living standards and will provide wider social and economic opportunities in both nations.

UAE is one of the major investors in India with the US at the first position. In 2019, India was the UAE’s second-largest trading partner with bilateral non-oil trade valued at 41 billion.

In my opinion, the trade will open many other segments in the Arab countries for India. This way we can expand our cultural and social values through our matter. The best thing we can extract from the pact is the enhancement of the relationship between both countries. It will also provide jobs of about 1 lakh in one year which is very beneficial for India. A good relationship with UAE will also add some apprised our rivalries like China and Pakistan.

Also, Read - UAE And Israel Are Now Friends Thanks To USA

uae india international news indian economy indian government trade
0
1
265
0
Written By
Sanjay Goenka
Economics can be broken down into microeconomics, which looks at individual decisions, and macroeconomics, which is concerned with the economy as a whole. Both types of economics utilize historical tr . . .