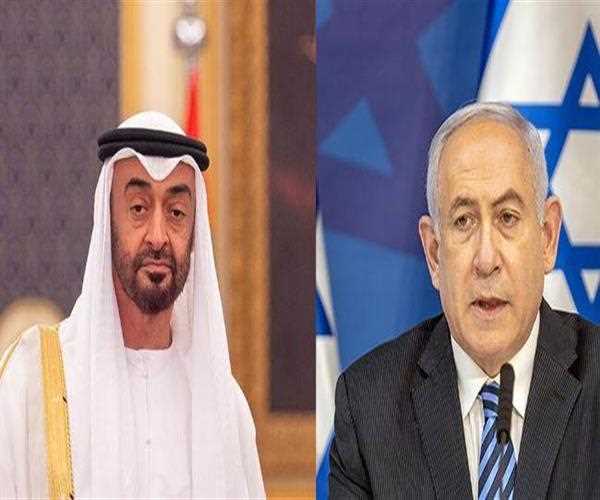 UAE And Israel Are Now Friends Thanks To USA

There is a big development which has taken place in the middle east., Now once enemies United Arab Emirates and Israel have decided to end 5-decade long enmity. For the betterment of the world if such enemies can join hands together who are sworn-in enemies by religious faith then the whole world should rise above the religious enmity because If your religion justifies hating someone then it is a cult.

Firstly it is important how this whole geopolitical incident episode took place followed by what does it mean for the world.

The decades-old rivalry between the United Arab Emirates and Israel is now over. The intercession of US President Donald Trump finally brought together the powerful countries of West Asia.

Indeed, the United Arab Emirates (UAE) and Israel on Thursday agreed to establish full diplomatic relations under the agreement, which has been played by US President Donald Trump. The three countries say that this will help bring peace to the West Asia region and under this, Israel will suspend plans to merge large parts of the West Bank.

According to a joint statement, 'This historic diplomatic success will help bring peace to West Asia.' 'After 49 years, Israel and the United Arab Emirates will normalize their diplomatic relations,' Trump told the Oval Office.

'They will exchange their embassies and ambassadors and begin cooperation in various fields including tourism, education, health care, trade and security,' Trump said. He said, 'Now that it has started, I hope more Arab and Muslim countries will follow the United Arab Emirates.'

Under this agreement, Israel will suspend plans to merge large parts of the West Bank. UAE's official news agency 'Left shared a joint statement of the US, Israel and the United Arab Emirates on Thursday.

The statement said that President Trump, Israeli Prime Minister Benjamin Netanyahu and Sheikh Mohammed bin Zayed Al Nahyan, Crown Prince of Abu Dhabi and Deputy Supreme Commander of the UAE Armed Forces spoke on Thursday and said the full form of relations between Israel and the UAE Agreed to normalize from. Benjamin Netanyahu tweeted that it was a 'historic day'.

This historic diplomatic success will advance peace in the West Asia region. It shows the bold diplomacy and vision of the three leaders and the courage of the UAE and Israel to open a new path. This will create wider possibilities in the region. The three countries have faced the same challenges and they will be mutually benefited by today's historic achievement.

Now it means there will much more peace and progress in the already war-driven and economically damaged Middle-East. When there is peace only then the path of progress begins and it took 5 decades of deaths, war, money wastage, destruction, pain sorrow, and loss of humanity for these two nations. Everyone should learn from them in the world and should try to maintain peace and progress around the globe. If these two countries can rise above communalism based on religion then why not others ?