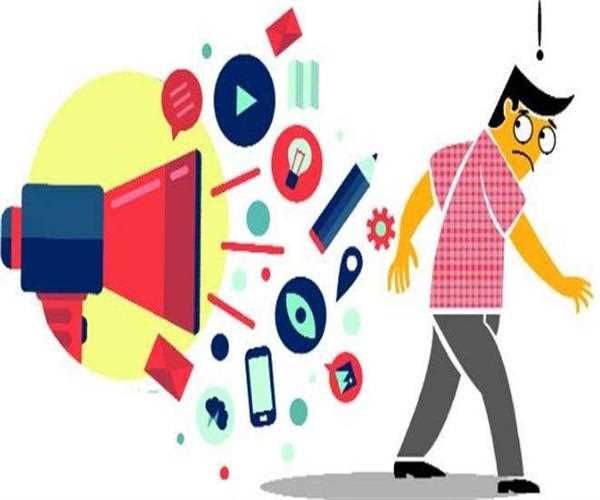 Media Is How Much Useful For Us ?

Media is a means through which information and data of the country and abroad are simultaneously transmitted to millions of people. Earlier, people used to use their songs, dance, songs, drama to spread their message to others.

It changed with time, and instead of print media, then mass media, and now social media, people put their point in front of everyone. Media is a very easy and robust method of communication. Nowadays, the easiest way of media is radio, TV, newspaper and internet. Media has an important place in our society.

By setting the frequency of the radio, this village started reaching the city, through which it started getting information more quickly.

After this, TV brought a revolution in the field of media. TV came to everyone's home in India with the Doordarshan channel. TV used to have many serial, enlightening things for entertainment, along with it news began to be broadcast. In this, along with listening to any program, we could also watch.

At that time there was only Doordarshan in the name of the media channel. Read old memories of Doordarshan here. It used to come only for 10-15 minutes 2 times a day, in which only the important things in the country and abroad were covered.

The paper media used to work for local news, TV stars, politicians, all of them could be read in detail. With time, the channels on TV increased, the trend of people increased, with which separate channels were made for news in it, in which 24 hours of news started coming.

READ HERE MORE : Types Of Subsidy We Need To Know

In this way the media continued to expand, and the network of media name spread in the country and society. In this way, the media coming on TV got the name Mass Media.

The biggest means of media today is television. Today, there are as many or even more news channels in TV as there are entertainment channels.

People get an education through media, they get to know health, environment and other information through TV, radio programs.

Through the media, people got a good platform to put their talent in front of everyone in the whole world.

Radio is also a good medium, it gets information from anywhere. Nowadays, radio, FM facility is also available in mobile.

Advertising by media opened the way for the growth of the company. As soon as the media arrived, they found a good medium to advertise their product behind. Through the advertisement, people get information about different types of similar, due to which its sales are also high.

It is a very good means of entertainment. People started getting entertained through the shows, TV serials, news, songs, films. Countries, people of different regions of the world, religion can come together and show their talk, their talent in it.

Through the media, you get to see live news of the country and the world. These media people immediately capture the incident happening in any corner of the world and bring it in front of everyone.

There were different channels for all subjects, so that whatever he wished he saw as per his wish. There is a separate channel for children so that parents can show them only that, and keep them away from the rest of the channel.

With so many options, we can choose who we want. This channel is also available in many languages, so that those who understand the different languages ​​of the country, can enjoy these channels in their regional language.

For the latest news, the internet can also be taken, social media is very popular nowadays, through which many people are connected, and can share their information along with information.

Many sports channels also come on TV, due to which we get the pleasure of cricket matches running from far away from home.

The media people work in many ways to open the poll of corrupt leaders. They bring their truth to everyone through a sting operation.

Leading actors are afraid of doing anything wrong due to the rise of media, because every activity of theirs is closely watched by the media.

Media people work hard day and night to deliver their news, every media tries to ensure that its channel has the first news or program telecast. Media has become a part of our everyday life.

Media people should keep in mind that whatever they are showing, there should be truth in it. False, rumor should not be shown.

Nobody should be mentally disturbed by their program. Such programs should be shown through which the country society learns and moves forward.

The government should keep a close watch on the mass media and social media, any wrong thing, the clumsy program should not be allowed to be telecast.

Media has become such a platform, which holds an important high place in society, it should work itself to maintain its reputation. Anyway, say anything the media people work very hard, they work 24 hours, so that the country and society can be entertained. Due to him, the film actor becomes a star, the blacklist of the politician comes to the fore.