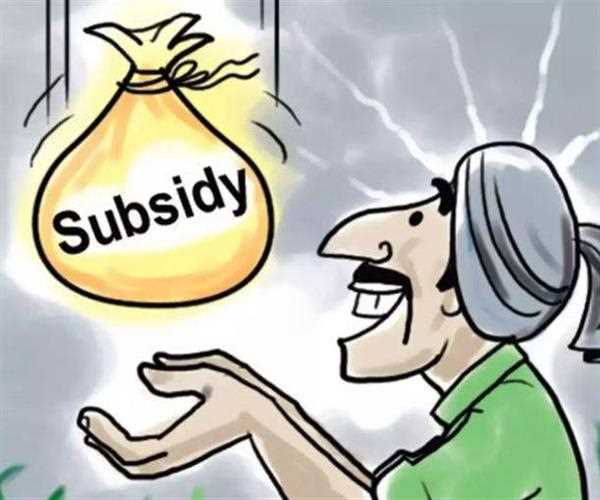 Types Of Subsidy We Need To Know

You must have heard someone spelling the word subsidy at some time or the other. After listening to the word, it comes to our mind that what is this subsidy word? Along with this, questions also arise in our minds who gives this subsidy, why, and why it gives it?

Subsidy means financial support from the government. Simultaneously, one would like to say in other words that the benefit provided by the government to an organization, business or individual is also called subsidy, this subsidy is usually given to a person in the form of tax or tax deduction.

Under PM Jan Dhan Yojana, by opening Jan Dhan account in a private bank, you can get government schemes

To fix the subsidy, the government has to take many facts into consideration, then it has to be calculated accordingly as the amount of loan taken for it, interest rate, the total cost incurred, production, and government-related works. The government decides the amount of subsidy to be given through a fixed formula by adding all the expenditures to be incurred.

There are many types of subsidy, out of which some of the important subsidies we have described in this way are given below: -

Tax subsidy: - The main purpose of tax subsidy given by the government is to give tax exemption. There are many main objectives of doing this, such as creating more job opportunities to promote any type of industries or through any type of industry.

Religious subsidy: Not only this, in addition to this, our government also provides subsidy for religious areas, this subsidy is provided by the government to the travelers traveling to the pilgrimage sites of their country, the main purpose of doing this is that any travelers But they could not bear the burden of their expenses.

Every country in the world provides subsidy keeping in view its economic condition, on the basis of this, the Government of India also provides subsidy on many things of the country, which is as follows: -

Fertilizer subsidy: - We have the highest number of farmers in our country, that is why our country is called agricultural country, but it costs a lot for small farmers to cultivate, farmers have to use fertilizer for a good crop, and The price of fertilizers has become very high in this era of inflation.

Playing for the needy can reach someone else.  The government provides many types of subsidies. Sometimes it happens that the needy do not get his subsidy and gets a subsidy to someone else and that person benefits instead of the needy. it happens.

Such as: - In our country, the LPG gas subsidy distributed by the Government of India is available to all individuals, some of whom are strong with the economic conditions, they also get the benefit.

Non-utilization of subsidy:  The government of our country also provides necessary subsidy in the areas of small scale industries. So that even in such areas people start their own industry and become successful and unemployment can be eliminated. While there are advantages, it is not necessary that the subsidy is being used properly in the sectors of small scale industries provided by the government.

If we understand as an example, if the government is providing subsidy to 100 people in the field of small scale industry, then it is not necessary that all of them can succeed, only 80 to 85% of these people are successful in such industries. This approach also leads to the loss of such a subsidy.

Excess load: - The subsidy in India is met by the tax collected by the residents of the country. In such a situation, the tax burden is increased on the people who do.

Farmers get the benefit: - Most of the population of India cultivates, in this, they suffer losses such as - Fertilizer expenses, seed expenses, etc. In such a situation, to help the farmers, the Government of India provides food subsidy, which reduces the burden of their expenditure. The government helps the farmers to buy seeds, fertilizers, etc. using subsidies.

Trying to reduce unemployment: - As you mentioned above, the Government of India helps a lot in reducing unemployment in our country through employment subsidies and tax subsidies.

As we know, subsidies are available in many areas and there are other benefits of getting it, but it may have some disadvantages as well. Due to the subsidy, people get the necessary support in many work areas and with the help of financial assistance, they also get an opportunity to promote employment.