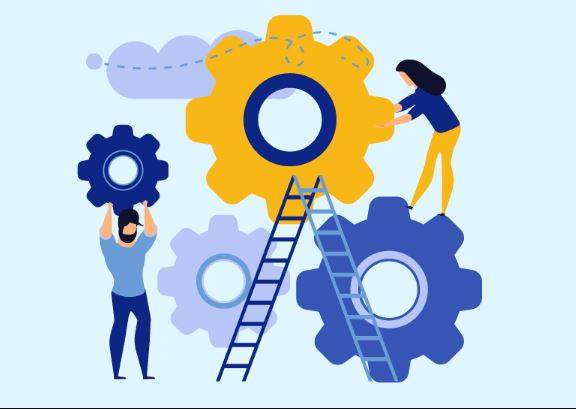 Skill Development Is Necessary For Youth

The subject of skill development has been seen in the curriculum of most of the youth of India in the last few years. Human beings have to work very hard in their life to be advanced in all ways, ie labor for economic gain, labor in learning and labor in keeping the body healthy i.e. labor in all aspects of life and to do labor. The only root cause behind is the change in oneself.

Regardless of what happens, the goal is changed. Similarly, in Shastras, it is said that the human who increases his skills becomes happy in every way, and the human who does not develop skill due to laziness and impoverishment eventually suffers and is despised.

It is so much more important for any youth, like water for a goose. In today's time, it is very easy to do skill development, where on the one hand almost everything is available for free on the internet, on the other hand, the opportunity of skill development through the efforts of the current government is available at every door.

Free institutes like YouTube and other free places where skill development education is provided. To improve one's own skills by getting education through campaigns run by government institutions.

Developing skills efficiently by experimenting with one's own help and constantly learning without being hurt by success or failure. The current Prime Minister, Shri Narendra Modi, announced the Skill India mission on 15 July 2015, in which he has pledged to make 400 million people of entire India efficient under this mission by 2022.

The main objective of this scheme is to enable people who really want to change their life but lack the necessities and due to that lack they are leading a low level of life. Under this skill India mission, such institutes are set up in villages or districts where their skills are developed for free or at a nominal fee.

India is called a country of youth, in such a situation, it becomes very important that they develop their skills so that through them they can change their lives and strengthen the country financially.

The objective of Kaushal Bharat Abhiyan is to make itself successful as well as solve multi-dimensional problems from India. The previous governments have drawn many schemes but the work on them has not been done with such speed but the words of the present Prime Minister Shri Narendra Modi have raised a ray of hope among crores of people. To pledge. '

Under Kaushal Bharat, there have been positive changes in the lives of millions of people. The present government has targeted to reduce the level of unemployment by training poor and unskilled youth.

The objective of this mission is to instill confidence in the youth through the necessary training so as to increase their productivity. Through this scheme, government and private institutions as well as educational institutions will also work together. The following are some of the main benefits of skill development.

READ HERE MORE : What is KYC Fraud ? Know Ways To Avoid It

Through skill development, confidence is also increased with awakening the sleeping talent in any human being. While the benefit of another skill development is the benefit, then some of the same precautions are also required, which is said to take special care.

Because just like every coin has two aspects, all the thugs and intruders are sitting in favor of electing the innocent people, if they are not saved then there is a possibility of not only big losses but also on good plans in future. There is a doubt. The following are the precautions to be taken during skill development.

Applications for skill development should be submitted on the government office or official website as some people are sitting in the name of fraud in the name of these schemes.

Care should be taken in the selection of skills for oneself and should choose their area wisely, that is, often people inadvertently choose more competitive industries and their labor, time and property are lost due to lack of plans.