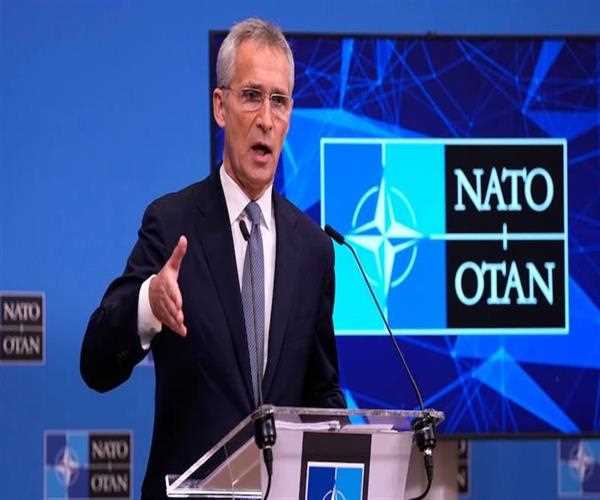 The Russian invasion of Ukraine poses the greatest danger to European peace and security since the conclusion of the Cold War. On February 21, 2022, Russian President Vladimir Putin delivered an odd and, at times, unhinged address, airing a long list of grievances as justification for the 'special military operation' stated the next day. While these grievances included a long-standing debate over NATO's enlargement and the condition of post-Cold War security architecture in Europe, the speech focused on a far more important issue: the validity of Ukrainian identity and statehood itself.

According to British defence authorities, four months of severe fighting in Ukraine appears to be testing the commitment of troops on both sides, resulting in abandonments and defiance of official directives.

NATO Secretary-General Jens Stoltenberg stated in an interview published on Sunday in the German monthly Bild am Sonntag that 'no one knows' how long the war will endure.

He stated, 'We need to be prepared for it to last for years.'

He also urged the allies 'not to sever assistance for Ukraine, despite the heavy expenses, not only in terms of military aid but also in terms of rising oil and food prices.'
However, Stoltenberg emphasised that 'Food and fuel costs are insignificant when compared to the daily costs faced by Ukrainian soldiers on the front lines.' Furthermore, 'we would have to pay an even bigger price' if Russian President Vladimir Putin arrived at his aims in Ukraine, as he did when he gained Crimea in 2014. 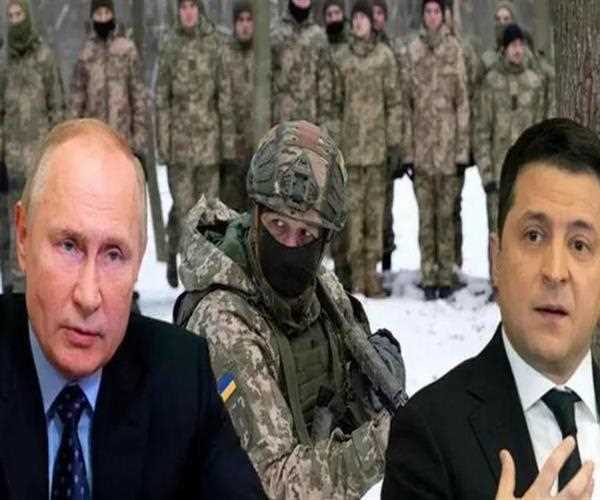 Because neither side is capable of defeating the other, the war might become a long-term standoff. After suffering substantial setbacks in the early months of the conflict, Russia is unlikely to succeed in crushing Ukraine. Russia's onslaught has permanently turned the Ukrainian public against it, even formerly pro-Russian districts in the east.

The war in Ukraine is no longer just a local dispute; it has evolved into a far larger clash between the West and Russia. It has the characteristics of an interim struggle in this way, with the West standing firmly behind Ukraine in its fight against Russia. Western pioneers have said that they would not get directly involved in the fight, but their arrangement of military guidance and knowledge in Ukraine raises the possibility that they will be brought into the conflict by chance.

The conflict is a turning point in geopolitics. As a result, Russia will be cut off from the Western economic and political order. Sanctions will stay in place forever, making Russia a no-go zone for Western companies. China and the developing countries will become increasingly important to the Kremlin. The West will need to restructure its global supply lines, particularly for Russian-supplied commodities. For many years to come, Ukraine and the surrounding region will be a hotbed of insecurity.

The Russian invasion of Ukraine has triggered Europe's worst humanitarian disaster since World War II. Thousands of lives have already been lost, and millions of people's livelihoods have been impacted as a result of relocation, homelessness, and lost income.

The growing war between Russia and Ukraine is expected to have significant consequences on the global economy, which is still reeling from the effects of the coronavirus outbreak.

The Russian invasion of Ukraine has had far-reaching effects in many areas: it has developed into a humanitarian disaster, has put food and energy security in jeopardy, and has raised issues about global security architecture.

The Russian invasion of Ukraine has sparked debate regarding national sovereignty, democracy against autocracy, human rights, and the global order. This implies that, whatever the conclusion, it might be a watershed moment in the global security system.

War is a conflict between two or more opposing forces in which there will clash. Even if we have not had the misfortune of having to live through it, we are not strangers to it. We are well exposed to the tragedies of human misdeeds, suffering, and devastation, whether through movies, real-life tales, or battlefield experiences. Many people believe that such representations are sensationalised, but I believe that war can never be justified.

Despite the popular belief that conflict leads to liberalism, it is associated with economic troubles, the loss of lives, and misery.

The unspeakable misery that war causes are unthinkable. Innocent bystanders are injured or murdered, while troops suffer permanent physical and emotional harm, even years after the conflict has ended.

When there is a battle, everything around us suffers. The quantity of resources and lives sacrificed on both sides does not persuade anyone that having a war is beneficial. In conflicts, there are no true winners since all parties engaged must bear the costs, which sometimes include large numbers of deaths on both sides. Both winners and losers spend years attempting to rebuild their lives after a disaster.

This might have been averted if a peaceful solution had been used to prevent the situation from growing to the point when nothing else could stop the conflict. How can one declare that war is acceptable if it does nothing but condone violence in the attempt to address their problems?

Another effect of conflict is the displacement of citizens from their homelands.
Due to conflicts or persecution, millions of refugees have been forced to flee their homes across the world. Three-quarters of the population lives in developing nations. Their homes and livelihoods have been taken away by the conflict, which has frequently been for a long time. Hunger, starvation, sickness, and disease all pose a direct threat to migrants and their children.

When international attention and support dwindle and there is still no end to their legal, economic, and social limbo and no long-term solution in sight, the plight of refugees becomes even more challenging. When refugees are forced to reside in larger 'camps,' significant security hazards exist for both the refugees and their surroundings, which might lead to new violent confrontations.