The world manufacturing hub and a leader in production and manufacturing, China, is now suffering from a severe crackdown in its economy. Pertaining to the stringent loss inside the country due to authoritarian governance and increase in labour costs, most of the international markets are removing their industrial units from China. Also, recently it banned the shares and stocks of foreign firms to be sold in the Chinese market, this caused huge tension among people and the Chinese govt.

For over 2-3 decades, China has been a consistent manufacturing hub in the world. During the early 1970s when the world was shifting towards the service sector, China’s market witnessed a growth in the manufacturing sector. They had a huge infrastructure for manufacturing products in their country. This grabbed global attention towards China. They began setting up their manufacturing units there.

Not just this, China also had lower labor costs back then. Hence, it was easy for the countries to trust China and give them the responsibility of manufacturing. This gave the much-required boost to the Chinese economy. It became the second-largest economy in the world after the US.

Also, due to ease of doing business, the govt. had eased all the regulations on foreign companies back then. They were friendly with the incoming and outgoing on goods. This established China as a world leader in manufacturing. In fact, in 2010, almost 80% of the world’s manufactured products came from China.

The Chinese goods were also cheaper than the goods available in other countries. This is due to the fact that China has huge plastic and polymers industries. The goods were made at a cheap cost and were less expensive in production. That’s why companies started building their trust in China. 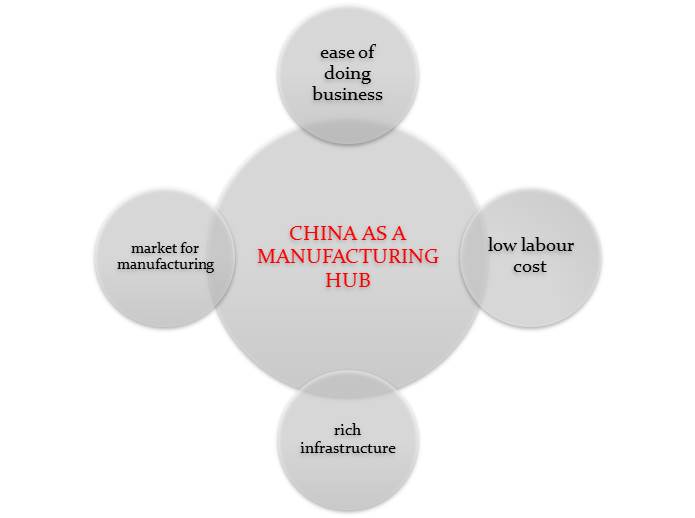 But over the time, things changed for China.

Now, in 2020-2021, the countries are more stringent on moving their manufacturing units outside of the country. Over the past 10-20 years, people have seen huge devastation due to the trust they planted in China.

• First of all, the Chinese goods that were low and cheap in prices became so famous among the masses that local markets in every country started to fail. This led to huge competition between the Chinese goods and the locally available goods. As mentioned above, the Chinese goods were cheaper in price and were also supplied in huge quantities. That’s why the local goods failed in front of them.

• The other reason could be cited due to the US-China trade war. In 2018, the USA govt. imposed stringent tariffs (around 25%) on China. They were worried about their national interests in the economy. They accused China of spying on their defense and network systems as a result of which, the Chinese company Huawei was banned in the US. They were also concerned about the Chinese companies copying their technology and producing it in the market by reverse engineering. The US believes that the Chinese govt. treats its local manufacturers differently. They have better access to markets, they get lands for free, and have to pay very low taxes. Thus, the US was totally frustrated by Chinese export habits, and the govt. regulations. 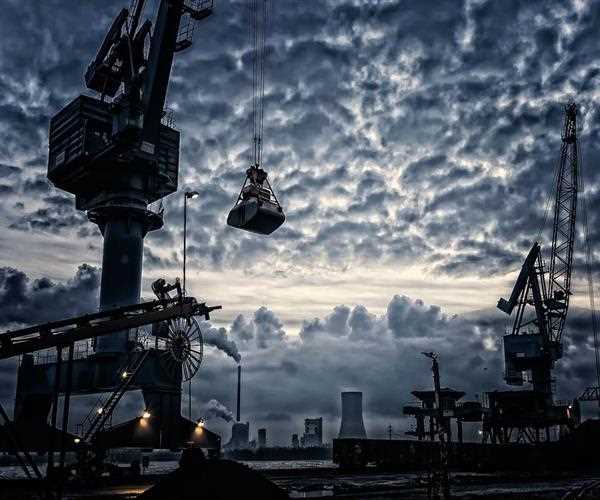 • Over the past years, there has been tremendous growth in labor costs. Earlier, it was $170 per year but now it has risen to $14,000 per year which is not affordable to most of the countries. Also, the manufacturing units in China have either decreased or rotten due to poor functioning.

• China is showing extreme aggressiveness in some regions of the world, including the South China Sea. Due to this, many countries are furious with the Chinese govt. They are abolishing their trade with the country. Also, the geopolitical relations among many countries are being hampered because of this aggressive influence of China. Apart from this, their regional military is also trying to grab the African market and suppress them. It is playing a serious ‘deathtrap of diplomacy’.

• And last but not the least, China’s huge export of coronavirus has caused major & the biggest ever disruption in the global supply chains. Before the spread of the pandemic and lockdown, every country was hugely dependent on China for its raw materials and manufacturing. In fact, China was the biggest manufacturer and supply of the world’s pharmaceutical products. It is clear that the world was hugely dependent on China for the import of resources. But after the pandemic, they realized that it is not feasible to be dependent on a single country for everything. Also, China was accused and later it claimed to be responsible for the spread of coronavirus. Everybody’s trust broke.

• Along with this, due to the authoritarian rule in China, most of its economy is suffering from a crackdown in recent times. Read more about it, here: Is China’s business sector suffering?

Hence, overall the aforementioned reasons are cited for the major economies moving out of China. 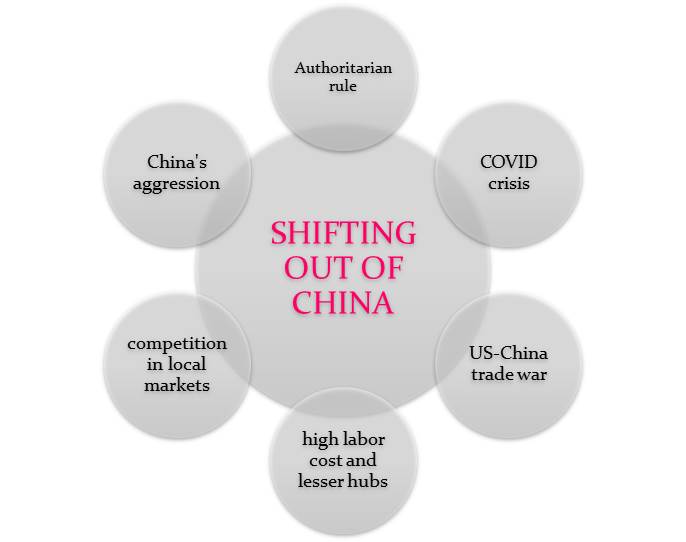 Now, what is next for them?

South Korea already started its movement out of the Chinese hub a long time back as it shifted the manufacturing units of its world-famous company, Samsung, from China. Instead, it started to establish the units in countries like India & Malaysia.

Japan has also taken serious steps and offered its companies a prize of $2.2 billion for moving out of China. Neither do they want to risk their relations with other countries or be targeted for spreading the deadly virus nor bear the cost of high labor value in China.

Big countries like the USA, Great Britain, France, and others have also moved almost 50% of their manufacturing units out of China.

Where will this shift go?

Countries that lie in the South-Asian range are now the next target for establishing the manufacturing units. India, Vietnam, Malaysia, Philippines, Singapore, etc. are now on the line. They are being seen as a global market after China now.

How can India be the next manufacturing hub?

After China, most countries are eyeing India for planting their manufacturing units or giving FDI. Some have already moved here with their industries. India can easily leverage this opportunity of the market, and see its gain in China’s declining economic situation. Big production companies and industries are eyeing India because of some solid reasons:

1. They cannot depend on just one supplier or manufacturing hub to fulfill their needs. What they saw after the COVID crisis has now become a torturous lesson to learn. So, they are on the lookout for other nations which possess the power to bear their industries.

2. They are being attracted towards India due to the low labor cost of the Indian workers. The average labor cost of the workers in India is between $70- $150 monthly. While on the other hand, Chinese workers demand $170- $240 per month. Hence, India has cheaper and more diligent labor. Some of them are already training or studying abroad to have the basic idea of foreign industries.

3. There are low tax rates for companies in India. After the initiatives like Make in India, the corporate tax in India has fallen to 22% from 30%. And for the new manufacturers, it is 15%. Such a win-win situation for everybody. That’s why the govt. is taking these measures to attract the foreign market.

4. India has a huge market due to its vast population. If a foreign company sells its products to even 5% population in India, it is more than the rest of the countries.

5. India is a democracy. Anyone can be sued here including the foreign company and the govt. itself. Hence, there is fair competition and more security for the firms here. They have trust in the country’s law and order.

6. The service-based industries in India have grown too much in the past years, like IT and Software. Also, the manufacturing and production industries are seeing their rise, which makes India a fit place to set up industries.

But despite all this, the foreign companies are concerned for India. 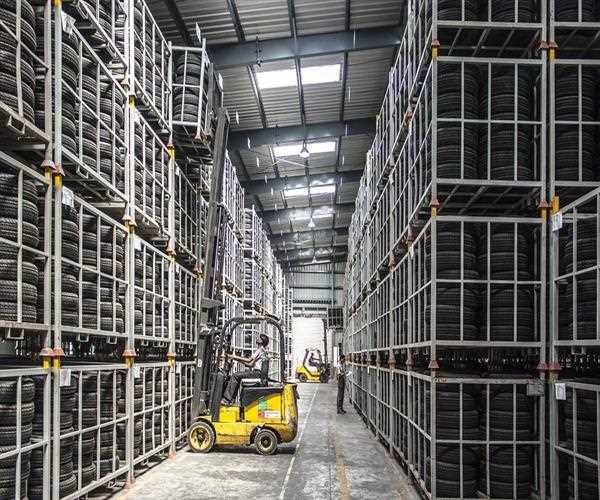 So, what makes India lag behind?

• There are very few manufacturing units in the country. Whatever less amount is present, they are not developed due to poor infrastructure. Thus, improving on infrastructure is the first duty.

• Indian market has lesser access to global supply as compared to other markets. This makes it vulnerable for the industries to come and set up here.

• There is a lot of corruption that companies here about. They fear being trapped and what if the law and order fail in front of them. That’s why lesser corruption needs to be a priority.

• The Indian currency, Rupee, is not so easy to float. Its value keeps on bouncing as well. Thus, the currency needs to be stable in the International market to compete fairly.

• There are a lot of political & religious issues that occur in India constantly. These issues need to be curbed in order to become a good place to attract companies.

• There is no ease of doing business here. If a company has to open its manufacturing units, then it needs approx. 27 days to complete the whole process of registration, property rights, and everything. After that also, there are many stringent measures that are taken. The govt. need to curb them as well and increase the EODB.

If India can fix some of its loopholes then it can definitely become a world manufacturing hub any sooner. Along with other countries that are being eyed by the industries to set up their commercial units, India can also benefit from them.