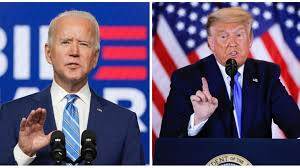 The Euphoric winning of Biden

A transformative shift came into existence when Joe Biden dethroned the populist Donald Trump in the 2020 elections. People were elated to an extent that it seemed like a certain kind of euphoria has taken over their senses. Not only Americans, but people around the globe took part in celebration of the victory of the popular democratic politician, famous personalities were putting up statuses and posts exclaiming their happiness and content with the election results. But one question that constantly bugs me is that – Are things really going to change in his supervision?

2020 is not the same as the last time when Biden was part of the White House, he was the Vice President to Mr. Barack Obama. Many of the Presidents and Leaders sided with Trump under his presidential rule to sugarcoat his ego and inherently gain something for their own return.

When Biden emerged victorious, he promised to work in a different manner, reversing some of the controversial decisions taken by Trump and take into consideration the well-wishers and ally of America. Although he seemed persistent to deal strictly with China, like his predecessor, but he chose to be a little cooperative rather authoritative while implementing the same. He also gave his word to Iran regarding sanctions of Tehran and he will also gain confidence in Kremlin case. 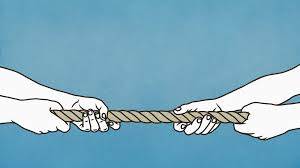 Well, Biden has not yet taken over the seat yet officially, but he has promised all this already, and people are nothing but hopeful regarding his endurances, potentials and assurance. The point is also being made regarding the permissions and familiarity with the Indian Prime Minister Mr. Narendra Modi who was considered as an ally of Trump in recent times. The targeting of minorities, the reek of bureaucracy and the decision making while bullying the other underdeveloped countries may now come to an end.

The US and Indian ties

In the era of Obama when Mr. Biden was his Vice President, the alliance of both the countries were strong and deep, this mainly transpired due to the sustentation of USA to India regarding the UN Security Council which later on proved to reinforce the ties in Indo Pacific area. There was a collaborated attempt to move towards development and establish ties that are strong and useful in the long run. Post the win of the Mr. Narendra Modi and Donald Trump, the ties did become robust and focused more on protecting the countries from harboring the terrorism of neighbor countries and unethical imposition of the troops of China in Ladakh. An additional reason that stemmed in blossoming of this relationship over time, was that both the leaders shared same kind of perceptual judgement in their functional behavior, the former leaders – Obama and Manmohan Singh had an identical inclination in decision making, similarly Trump and Modi had an aligned thought processes while dealing with specific issues. Having Kamala Harris in the picture is already spiking up beliefs of the natives that whatever happens, she is bound by the Indian roots and will not let people get disappointed and harmed in the name of politics.

The disagreeable instance of Mr. Trump to congratulate his competitor simply corroborates with the discernment of people regarding his stance in the entire episode. The relief sensed by an immigrant may overpower the defeat observed by a person who calls it a fraud. Although, the newly elected President Biden has not yet taken over the office, the hopes of people globally are intact. His decision on the climatic change and maintaining relationships with other countries which might strike a chord with million others and perhaps decide the fate of the future.

biden vs trump donald trump narendra modi barack obama politics usa
0
0
985
0
Written By
Zainab Abbas
Exploring new ideas and inculcating changes to bring development in me as well as society. I have always been fond of education, commerce and finance and have been an active participant in national, i . . .