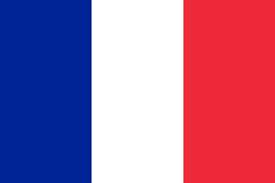 When someone used to articulate the word ‘France’, a visual of, Paris, the Eiffel Tower, the Cathedral of Notre Dame, and distinctive exotic ambience alongside enticing cuisine used to inherently materialize in our consciousness. Unfortunately, circumstances have reshaped for the worse and things have not been the same as they were, a gradual transition has been encircling the world and France has been on the receiving end.

The state of terrorism and extremism has been surrounding the country amidst the threat posed by the Covid 19. Attacks and radicalism are becoming a common phenomenon hindering the peace of the country and instilling fear in the minds of the citizens.

While expressing their opinion, people are expected to weigh the pros and cons of a particular situation. Samuel Paty was regularly being targeted and received threats for showing cartoons of Prophet Muhammad during one of his class, disregarding the tradition of Muslims which does not allow visual representations of Prophet.

Being a teacher, I can relate to the sensitivity and thin ice of the subject matter as students believe the teacher to be a flag bearer of righteousness, a single error is perceived in an aggressive manner and people are quick to condemn. Due to the cartoon publication of Muslim Prophet in the magazine Charlie Hebdo, this in particular became a sensitive issue in France, harboring hatred against groups.

The final act of beheading and killing of Samuel Paty by an 18-year-old Chechen refugee portrayed the problematic approach and perspective in the minds of young radicals. Violence is unjustifiable and being performed in the name of a specific religion only deepened the divisions in France.

THE QUESTION OF SECULARISM

Following the condemnable act of killing of the teacher, President Macron responded to the incident by calling it as ‘Islamist terror attack’ and stated that the country would not back down by giving up cartoons. Although the response was quick and straightforward, it only deepened the troublesome gaps making radicals more worked up and engaging in heinous crimes furthermore.

As a president, citizens look up to the leader to bring peace and prosperity by dissolving the tension in the country, because the act, committed by few people brings repercussions for many who may only share the faith and nothing else with the accused but are subjected to equal hatred and intolerance. The focus of Macron on separatism of Islam is basically separating the extremism and not the faith itself in particular, but this statement is causing tensions around the globe making people more reactive and sensitive pertaining to the situation. This is a time for understanding and proper conduit rather than extreme measures which will hurt either sides and cause more destruction. One of the Ally of France, Gargash, explained that the entire scenario is being shaped and folded in a politically feasible peculiarity in overpowering a religious issue.

The act against Jews in Germany was not outright but it happened due to the systematic degradation and the gullible people unknowingly became a part of it in the long run. To cease the amount of hatred amongst citizen regarding faiths and beliefs, there has to be a plan to only punish the people responsible for the conduct and not the entire community.

Muslim countries are voicing their protests against statements made by France President by boycotting their products and rallying on streets which is escalating the tension furthermore. However, India has backed France by initially establishing relation while dealing in Rafale Jets and publicly voicing their support to the French President. on twitter and other social media platforms.

The effective practice to reduce the discrepancies along the way can only be made possible if the interest of common people is not overlooked and simultaneously stringent laws are in place to punish the responsible person.