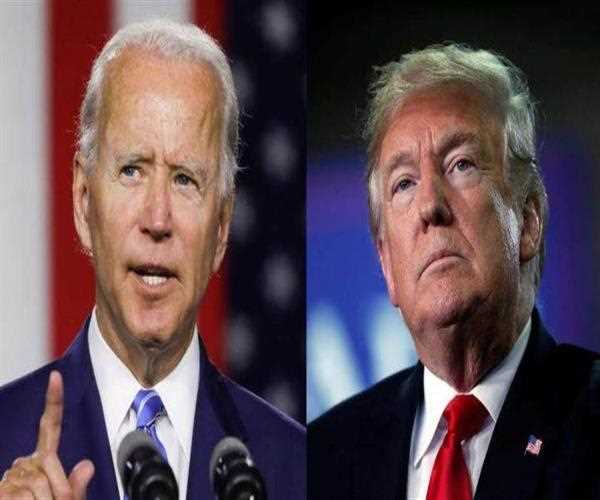 Political enthusiasts have now reached their peak regarding the US presidential election. The first official presidential debate between President Donald Trump and his Democratic rival Joe Biden began at 6.30 am Wednesday morning, according to Indian time.

Donald Trump and his Democratic rival Joe Biden both attacked and counterattacked each other. Let's know what made this debate special.

Donald Trump told Joe Biden that you did not want us to close our doors to China because of the Coronavirus because you thought it was terrible. Biden said that a large number of people were killed by the coronavirus and if fast steps were not taken, more people would die now. Joe Biden told Trump that you were the worst president ever.

During the flood, questions were raised about income tax from Trump. On this, Trump said that he had given millions of dollars in tax. When I file it, you will see it. Trump gave clarification on gathering rallies and said people had come to listen to him.

When the debates between Joe Biden and Donald Trump began, the two did not join each other while looking at Corona. Debates are underway at Case Western Reserve University and Cleveland Clinic in Cleveland, Ohio. In 2016, Trump won over Ohio by eight points.

There will be three such arguments between Trump and Biden before the three November election in the US. The second debate is to be held on 15 October and the third on 22 October.

The first Presidential Debate is going to be conducted by Fox News celebrity anchor Chris Wallace. Steve Scully of C-SPAN Networks will conduct the second debate in Miami (Florida) on October 15 and Kristen Welker of NBC News on October 20 in Nashville (Tennessee).

At the same time, the Vice Presidential Debate will be held on October 7 at Utah University in Salt Lake City. It will be operated by USA Today's Washington Bureau Chief Susan Page.

There is only one month left for the US presidential election. During this, the approval rating is being seen. Donald Trump is seen trailing in it. His opponent and candidate from Democratic Party Joe Biden is leading 10 points.  Biden continues to lead the Coronavirus epidemic and healthcare issues. However, Trump is ahead in taking tough measures against China.