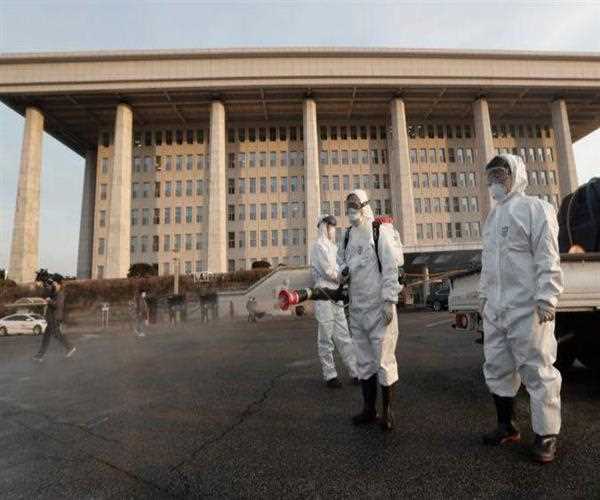 In America, the number of coronavirus in America has reached above 71 lakhs. In the country standing at the top in terms of infection, even after this, negligence is seen at many levels.

For example, the Pentagon spent more than $ 1 billion from the funds set up for Corona here on the purchase of weapons. Since then, there has been an earthquake in American politics. It is believed that by putting this fund safe for the purchase of medical equipment at the expense of the army, it was difficult to protect the common American people from Corona.

In March of this year, in view of the increasing cases of the epidemic, Congress passed the Cares Act. Under this, Senate Republicans gave funds of $ 2 trillion, or about 152 lakh crore rupees to the Pentagon to fight the coronavirus.

It was decided that this fund would be invested in the purchase of medical equipment, such as masks, PPE kits and oxygen. However, the US Defense Headquarters Pentagon diverted this corona fund to purchase military equipment. Also, it was going to work like a relief package.

There has been a report in the Washington Post about this, which explains in detail how the Pentagon's action has caused more than 2 lakh deaths from Corona in the US and is still affected by the Badi population. Expressing anger over this negligence of the Defense Headquarters, the Center for Disease Control and Prevention (CDC) has recently revealed this.

What things were purchased

The US defense has recently shown an even more aggressive attitude in return for China's aggressive attitude. At the same time, he is also troubled by countries like Russia and Iran, who are constantly doing new experiments by increasing their defense budget.

It is believed that the Pentagon is making its department more modern. He even initially spent $ 1 billion out of the $ 3 billion he received for Corona patients and the hospital, directly in the Army's equipment such as jet engine parts, Bardy Armor, and military uniforms.

The issue of transparency was also raised earlier

Let me tell you that earlier in the beginning of the epidemic, it was expressed that fear that the corpus for corona could hardly be used properly. In the Daily Mail, there was a report on this, in which he doubted that a large part of the fund would go to the American billionaires.

Giving this data, the Joint Committee on Taxation of America had said that about 82 percent of the funds would be able to be enjoyed by the rich, whose annual income is more than $ 1 million, or about 60 million rupees.

This is what happened if seen. Defense arms manufacturers Rolls Royce and ArcelorMittal were given more than $ 183 million for arms. Apart from this, big money was also spent on space and satellite technology. Now when the use of this fund deposited for the corona is visible in the purchase of arms, the use of the rest of the fund is also being questioned.