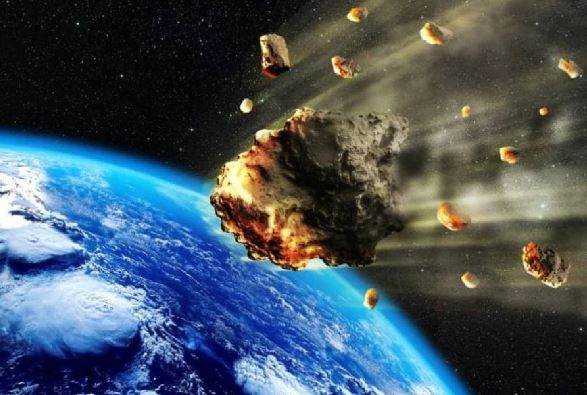 Fear of people falling from the sky from the earth is very old. There are stories in history that there should be mention of fire falling from the sky. In today's era, when scientific technology and space research have developed so much, but it does not take long for people to feel apprehensive.

Recently, scientists said that on November 2, if an asteroid passes near the Earth, people began to have apprehensions. In this case, the question arises that how much fear is there in the possibility of asteroids hitting the earth

Every year many asteroids, comet-like objects come towards Earth and pass through it. Some of them pass very close to the earth and some far away from it. But there are also a large number of asteroids in them. Yet very rarely has an asteroid entered the Earth's atmosphere and reached the surface.

Recently, scientists have found that an asteroid named 2018VP1 is moving towards the Earth. It has been said about the time when it is closest to the Earth, it will be closest to the Earth on 2 November 2020. The Center for Near-Earth Object Studies at NASA's Jet Propulsion Laboratory has claimed that the closest distance to this asteroid with a diameter of fewer than two meters would be 419,130 ​​kilometers.

This date created curiosity among people. It is the date just one day before the presidential election to be held in America. America is already battling the Kovid-19 epidemic like the whole world. While Americans are worried about how people will go to the polling station on November 3, passing by the asteroid gave an opportunity for further apprehension.

READ HERE MORE : Why Opposition Wish To Have Leader Like Narendra Modi ?

Every month, at least one or two asteroids or some other objects pass near the Earth. In the same month, a small car-sized asteroid named 2020 QG made a record for passing the closest to the Earth. Later NASA also admitted that it could not recognize this asteroid. This asteroid was discovered by two students of IIT Bombay, India.

Earlier this month, another asteroid orbiting the Earth was the size of a football field. The 2009 asteroid named PQ1 was 190 meters long and 84 meters wide and passed seven times the distance between the Earth and the Moon.

Asteroids burn the Earth before reaching the surface after entering the atmosphere. In order to create havoc reaching the surface of the Earth, the asteroid will have to be very large and such objects will be caught before coming to the Earth. Such meteorites also come into the earth which are in very small numbers.

NASA has set up an entire team to study only asteroids. The task of this team is to find the asteroids which are coming towards the Earth and also to find out how close to the Earth they will pass. At present, NASA estimates say that no asteroid can hit the Earth in the next few years.