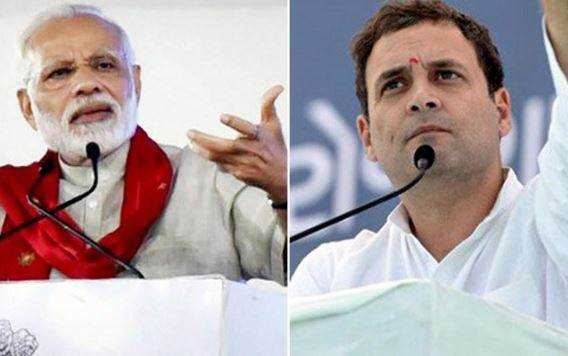 Why Opposition Wish To Have Leader Like Narendra Modi ?

Regional parties can be considered lucky that they do not have a lot of quarrel with the 'president'. Whose party, the same president. The party also makes itself, which has its own vote bank.

Other party leaders know that if we become the president, then who will vote with us? In regional parties, leadership quarrels usually take place within the family itself, but only when the opportunity comes to assume a political legacy.

Mulayam Singh Yadav's political legacy in UP led to a confrontation between his son and brother. Chaudhary Devi Lal's family in Haryana was also divided on this issue. There is an ongoing tussle between Sharad Pawar's family in Maharashtra. Tamil Nadu also witnessed a fight between Sasikala and other party leaders close to her after Jayalalithaa. His son Kumar Swami has been accepted as the owner of his political legacy while HD Deve Gowda in Karnataka.

After Tamil Nadu DMK Chief Karunanidhi, there was not much controversy in the family about his son MK Stalin. The same situation happened in the Akali Dal of Punjab. In Bihar, Ram Vilas Paswan's son also took over the reins of the party. But the situation of national parties is completely different. They also have to coordinate between different states and castes.

The biggest need is that there is such a face, which he can present as the Prime Minister on the occasion of elections. On many occasions, the 'rubber stamp' president goes away, but it is very important for the prime ministerial candidate to be charismatic.

This compulsion of national parties will be easier to understand than marketing funds. Companies with large brand value are known for producing good products. They also have large showrooms, but they need a rough model to bring customers to the showroom. It was also seen many times that despite the product being excellent, it failed because its marketing was not done properly.

Politics is also run by marketing funds. 1977 was the year the Congress went out of power for the first time, and a non-Congress government was formed for the first time in the country. What was the reason? The opposition had found such a charismatic face like Jayaprakash Narayan, who wrote the story of 'second independence' in independent India.

People have not seen who is the President of Janata Party or who is the candidate of PM from Janata Party? JP was synonymous with the Janata Party. This is followed by the nineties. People start looking for charisma in VP Singh. The slogan is- 'The king is not a fakir, the destiny of the country.'

Through the JP, the Janata Dal comes to power, drawn from the alliance of satraps of different states. Chandrasekhar, Deve Gowda and IK Gujral also became Prime Ministers, but not with the support of a charismatic personality, but through an immediate manipulative arrangement. This was the reason that his tenure did not even complete the year.

The BJP formed in 1980 comes into the mainstream of national politics through the Ram Mandir movement in the nineties. First 13 days, then after 13 months BJP under the leadership of Atal Bihari Vajpayee manages to run the government for five years and then Atal Bihari Vajpayee becomes the leader of the tallest and charismatic face in Indian politics.

After the assassination of Rajiv Gandhi, the Congress is following an 'ad hoc' system. The non-Congress-non-BJP, which has been called the Third Front, also had no bigger face than Atal. So there was no need for the BJP to worry about who should be the party president. From Bangaru Laxman to Jana Krishnamurthy and Venkaiah Naidu continued to be president.

Atalji's government did not return to power in 2004 with the slogan Shining India. The reason? By then, Sonia Gandhi had already handled the Congress as president. It is believed that when the Congress comes to power, it will be the Prime Minister. When she came to become Prime Minister, she did not become one, but Congress won two consecutive elections.

Manmohan may not have been the face in the first election, but in the second election he overshadowed LK Advani. There were many decisions of his government that failed the BJP's slogan of 'forced Prime Minister vs. strong Prime Minister'. The BJP president kept changing.

Placed bets on Advani, Rajnath Singh, Nitin Gadkari, and once again Rajnath Singh. In the end, it was decided that to achieve success, a charismatic face would have to be pushed forward. The search ends on Narendra Modi. Narendra Modi becomes the face who is seen standing at the peak of popularity.

The party not only wins two Lok Sabha elections but has also been winning in different states in the name of Modi. This is where the Congress crisis arises. The entire struggle of the party is about the establishment of Rahul Gandhi. If Sonia Gandhi had to become Prime Minister, she would have become in 2004 itself.

The difficult time for Rahul is that he faces Narendra Modi. He is being beaten by Modi in the battle of stature. Apart from the Gandhi family, the Congress does not see any such face. This is good luck for BJP and trouble for Congress at this time.