To raise the flag of freedom of expression and to be surrounded by controversies of a film or a book, those who say that they should first read and read it, these days are delighted and mourned that the Indian entity of an international publisher, Bloomsbury India Refused to publish a book on Delhi riots - 'Delhi Riots 2020: The Untold Story'.

This is the world's most strange and silly incident in the publication because Bloomsbury India had approved, edited, and edited a book focused on the Delhi riots at the last moment, which it refused to print.

Also, some copies of it were also printed. This publisher changed his decision at the last minute in the guise of a flimsy excuse that the online release ceremony of the said book was done without his permission.

The publisher is believed to be bidding because BJP leader Kapil Mishra was also attending the ceremony, who has been accused of making inflammatory speeches during the Delhi riots. If this is true that seems to be true, then it is just like an excuse that a publisher would say that if a book published by him was read by him, he would refuse to print it.

Since the publisher has no logical reason to refuse to publish the said book, it is on the target of many writers, as well as being a place of character. Some writers have decided to withdraw their books to be published on their behalf, angered by Bloomsbury's tantrums about freedom of expression.

It would not be correct to assume that Bloomsbury India refused to print the approved book after falling prey to any craze. In fact, he was threatened that he should brush off his book. This work was done by people who talked big about freedom of expression. Naturally, these are people who are known as leftist, liberal.

I do not know why such people are called Liberals, because they are so intolerant that they are not ready to tolerate even those who are of the opposite opinion. Bloomsbury's decision is an example of this. Through this decision, the Left-Liberal fraternity once again demonstrated its gross intolerance. The first award was done at the time of return.

In fact, as soon as it was revealed that BJP leader Kapil Mishra is also attending the online launch ceremony of the book written on the Delhi riots, some people were shocked and started active on social media demanding a boycott of the publisher. The leftist trend historian William Dalrymple also supported this demand. In fact, this demand was more of a low, stealthy literal stone-pelting.

Dalrymple played a major role in condemning Bloomsbury on behalf of left-liberal opinion writers and forcing her to back out of the book's publication when it was only her community members thanked her for it .

William Dalrymple, a historian of Scottish origin, is a great writer. He has written several books on Mughal history. Since he is a well-known face seen in literature festivals, the general public had no idea that he would be so intolerant and narrow in kind. Unfortunately his intolerance and parochialism were exposed by his own comrades.

Now the people of the left-liberal fraternity are bent on proving baseless and ridiculous arguments that what Bloomsbury did is not a violation of freedom of expression. He has no answer for how it is not. The answer cannot be, because never before has it been heard that a publisher has retreated after approving a book to be published and printed.

It should also be remembered that Bloomsbury has published a book on Delhi's infamous Shaheen Bagh dharna. In this book, it is told how the movement of Shaheen Bagh turned into a great movement.

It is obvious that Delhi Riots 2020: The Untold Story would have expressed the opposite view, but how could anyone ignore the embarrassing fact that Bloomsbury found the book publishable? What Bloomsbury did not only discredit him, he also became instrumental in the promotion of the book he refused to print.

Now this book is going to be published by another publisher. This book is being demanded not only in the country but also abroad. Silly decisions have similar consequences. Till now it was argued that if you do not agree with a book, instead of banning it, write a book in response to it.

Now, not publishing such a book is being justified with extreme indecency. Although those who do this do not understand with which mouth they say that we are free from freedom of expression, but they say that whatever happens is for good. The left-liberal fraternity has completely disguised itself with its senseless act. The 'Fig Leaf' she was covering herself with, shook her own hands. 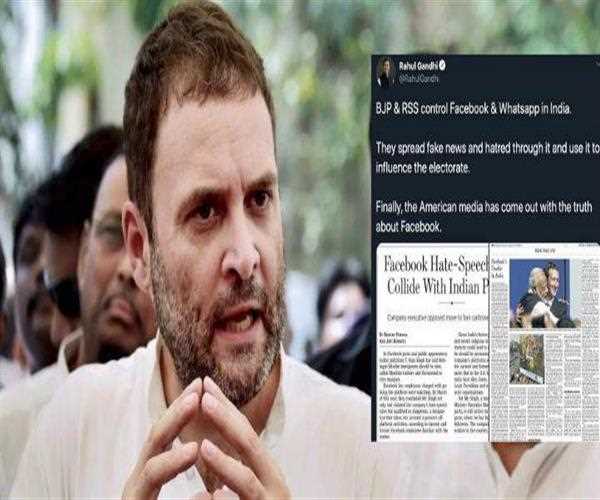