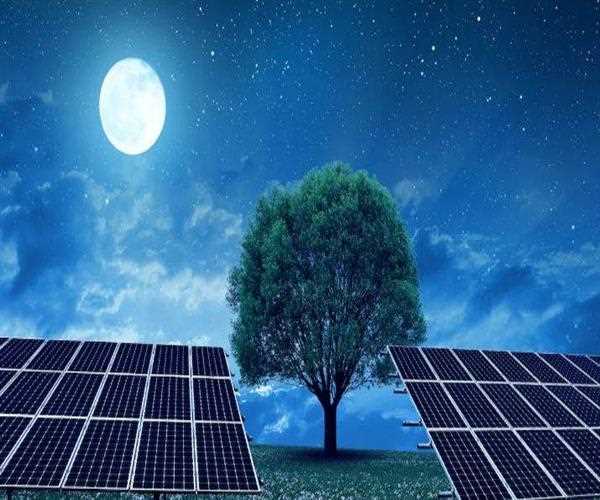 While solar energy is considered a source of inexhaustible energy, it is not always available everywhere else on Earth. Such US scientists are working on making anti-solar cells that can give power even at night.

One problem with the solar panel is that it does not work during the night and rainy season because they do not get sunlight, so researchers have worked on this technique. An engineering professor at the University of California at Davis is working on building a prototype of an anti-solar cell. They are trying to develop such cells that are doing solar panels of the world.

The special thing about these new solar cells will be that they will be able to give energy in the night like solar panels give in sunlight during the day. The job of making this anti-cell prototype is being done by Professor Jeremy Munday of the University of California, Davis. These cells will not be like solar cells. They will be warmer than the surrounding air and will emit infrared light.

Professor Jeremy said in an interview that ordinary solar panels make energy after absorbing sunlight. This creates a voltage across the device and produces an electric current.

He told that the equipment they are working on emits light and electricity and voltage go in the opposite direction, but still it produces energy. The only thing is that physical science does the same thing in both cases in bringing us different types of uses.

The special thing about these sales is that they will work like ordinary solar cells in the night as well as in the day. Munde says that this device will work in the dark of day with the darkness of night, that is, it will be able to work 24X7 i.e. day and night and will remove the shortcomings of common solar cells.

Professor Munday is working on these new types of solar cells in the hope that they will prove to be better and more efficient in generating solar energy. A few months ago, research has been done on this technology, which is now in the process of making a prototype.

In this technique, Professor Munday designed a photovoltaic cell that can generate 50 watts per meter of energy at the ideal time of night. This quantity is one-fourth of the energy generated during the ideal time of day for conventional solar cells.

If we just clear out the space world then we will observe that is really cold indeed and If you have a mid-sized to big size object then you will find out that start radiating heat towards it. There has been a lot of interest in this subject and people are eager to know every debt of it.

There is another type of device called a thermoradient cell that generates power by generating heat in its surroundings. Researchers have explored using them to capture waste heat from engines. This special cell is pointed at the nighttime sky which emits infrared light as it is warmer than outer space.

The patent for anti-solar cells is awaited and with this important scientific discovery, the world can see a new milestone being set in terms of innovation, upgrading and sustainable development. Energy conservation has written a new chapter in it's book and now is the time to publish it for the sake of humanity and the entire world.