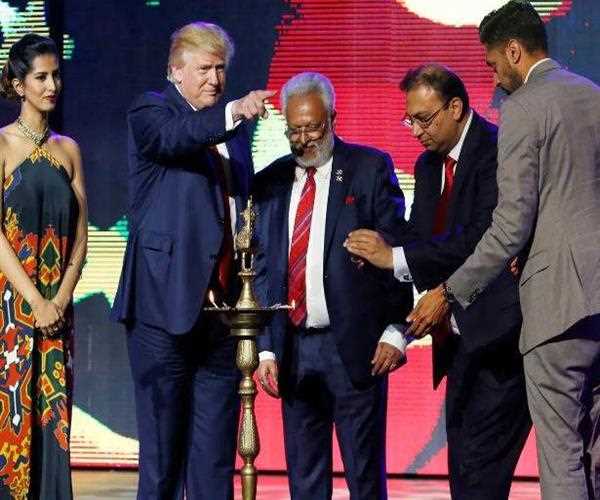 US presidential elections 2020 is entering its next stage which is getting hotter and hotter day by day. Whether it is the Republican Party (GOP) or it is the Democratic Party, every side seems to woo the dedicated vote bank of more than 2 million Indian voters.

Here also the card of communalism will come into play as true German Donald Trump is gaining an upper edge by showing solidarity with the Hindus through temple visits and even Shanti Path outside the White House.

Democratic Party is the left-wing leaners so they are surely focusing on the minority class consisting of Muslims and Sikhs. Who will win in the end ? This will come into revelation only after one side has arguments against each other.

The one on one debate shows on various media platforms will also come into the play as Donald Trump is all set to return to the White House for the very second time but Joe Biden knows this is his last time and he has also served as the Vice President and only the President term is left to be seen.

PM Modi and Donald Trump had addressed a huge crowd in Ahmedabad back in February when the Namaste Trump event was organized back in February. The event was held in Motera stadium which has been classified as the biggest cricket stadium in the world.

Trump's political campaign of 'Trump Again' is led by his son Donald Trump Jr who is known as the leading force of influence amongst the Indian-American community.

The 107-second video starts with the impactful footage of India PM Narendra Modi and US President Donald Trump. They can be seen walking hand in hand at the NRG Stadium, Houston when the Indian head of the state visited the US last year. Modi has been the biggest political brand now whether it is Middle-East, the American continent, South Asia or even Asia, India has the strongest person and courtesy goes to PM Modi.

Trump might say it in the Hindi language again, 'Phir Se Ek Baar Trump Sarkaar' but eventually, It is only Modi who would be able to garner votes for Donald Trump.

It is nothing to be surprised that American politics has a taste of Indianess as Indian politics has almost adopted the West electoral politics so the West has imported Indian style of vote and mass appealing.

For now corona pandemic the US is going to see election and Biden Vs Trump might be an uglier fight if there is no holds barred in this new decade political battle of Republican vs Democrats. Who will win and who will lose only American voters will decide but Indian-Americans will be a crucial vote bank and it has a role to play indeed.