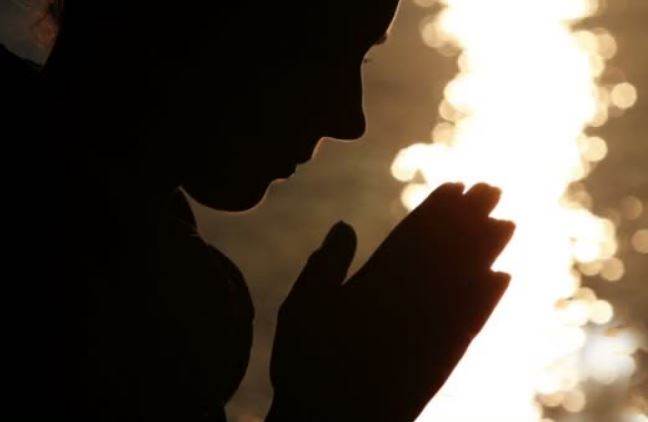 What Is The Scientific Meaning Of Namaste ?

What Is Namaste ? The word Namaste is used to greet the guest and the revered. The use of Namaste in Indian culture is generally considered appropriate, but due to the spread of Coronavirus in the recent past, it is seen that the practice of Namaste is being adopted by foreign culture as well.

The main reason for this is to keep oneself away from others and greet them lovingly. After all, what is the meaning of the word Namaste and in which countries it is generally greeted only by saying Namaste?

The word Namaste originated from the Sanskrit language. Namah + te means in Sanskrit, bow to you. This entire word is combined to form the word hello. Generally in Indian culture, greetings are made using words like Namaste, Pranam, Namah. Mostly Namaste is practiced in countries of South Asia. It is rooted in the civilization of India and Nepal.

Namaste not just a simple gesture but a mudra that deals with science. Generally, people have to join their hands with each other. By keeping these connected hands close to the heart, the eyes have to be closed with the head bowed.

Whenever a person keeps his hands close to the heart with folded hands, there are appropriate signs to keep his brain calm which causes a smile on the face of the person himself and if that person was in a state of anger, he would immediately become calm. Comes into

When 'Namaste' Is Done?

In addition to hospitality, in Hinduism, the greetings of God are also done by bowing with folded hands, in this also only the currency of Namaste is used.

The difference between Namaste and Handshake -

In Western culture, a handshake is done to greet someone, that is, two people greeting each other with shaking hands, but in the current situation when coronavirus disaster has occurred in many countries of the world. Or it is seen that people of Western culture are also adopting Namaste instead of handshake and science also considers Namaste instead of Handshake. Why so?

Apart from this, it is due to the current situation, but in Indian culture, the practice of Namaste instead of the handshake is always prevalent. Why is there a scientific reason behind this as well, we all know that the flow of energy in humans keeps ongoing.

If a person performs a handshake or any kind of touch while greeting a person, then the energy or energy of his body enters the body of another, which also causes the negative energy to enter the body of any person. He suffers loss as well, whose positive energy from the body moves or gets transferred to another person's body, he also suffers.

The importance of energy in the human body is very important, that is why the tradition of doing Namaste to flow its energy inside one's own body is science compatible, so Namaste is considered suitable in Hindu culture.

What is the currency of Namaste -

The mudra of Namaste is called Anjali Mudra. With a deep long breath, both hands are pressed and folded together and placed near the heart, fingers are straight upwards. The thumb is placed close to the heart.

Eyes are closed by bowing the head and neck and salutations are uttered. This entire mudra is called Anjali Mudra and it is used during greetings, namaste, pranam, satrasrikal, etc.

The posture of Namaste is a Yogasana, while doing Namaste, the tension in the human mind is reduced and he feels comfortable.

With the posture of Namaste, the mind concentrates, due to which the body gets a lot of benefits due to its focus.

READ HERE MORE : Why Do We Need To Celebrate Independence Day 2020 ?

Due to the posture of Namaste, a person is relieved of tension, by that he automatically shows a feeling of happiness on his face and in this way greeting someone, deepening the relationship between humans.

Due to the fixed position of the hands, wrists, and fingers due to the posture of Namaste, it brings flexibility, it is considered a kind of hand yoga.

In Hindu culture, the posture of salutation has many benefits of Namaste and also gives Namaste salvation from the harm caused by handshaking, so in today's time, Western civilization is also incorporating Namaste into its culture.