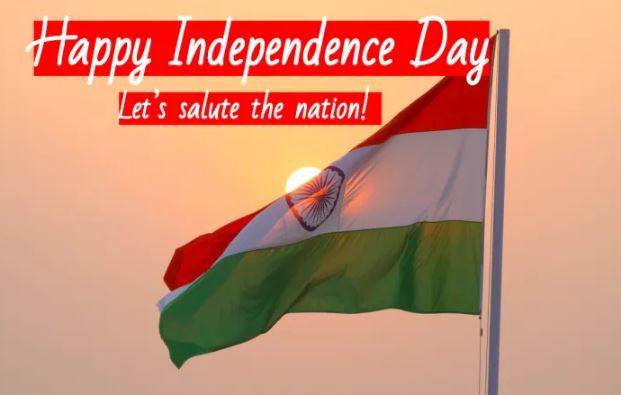 Why Do We Need To Celebrate Independence Day 2020 ?

15 August is the national festival of India. On this day in 1947, India was liberated from foreign slavery and India became independent.

This festival is celebrated with great enthusiasm by all Indians. Indians understand the value of freedom. The British came to India as merchants and became rulers of this country. His 'divide and rule' policy was successful. With the increasing atrocities of the British, the feeling of independence increased among the patriots of India.

The history of India's freedom struggle is very long. We got freedom after the sacrifice and sacrifice of thousands of valor and heroines. Books are filled with stories of the sacrifices of thousands of martyrs and freedom fighters like Rani Laxmibai of Jhansi, Maharana Pratap, Chhatrapati Shivaji, Lala Lajpat Rai, Bal Gangadhar Tilak, Bhagat Singh, Chandrashekhar Azad, Nehruji, Subhash Chandra Bose, Mahatma Gandhi, Shyama Prasad Mukherjee. August 15 was the day the British left India. Therefore, every year this day is celebrated as Independence Day in memory of those martyrs.

Celebrations are held on Independence Day in every school, office, village and city across India. The main ceremony is held at the Red Fort in Delhi. The Prime Minister of India hoists the national flag of the country and sends a message to the nation. Slogans of 'Jai Hind' are chanted. The flag is saluted by singing the national anthem. The security forces also express their sentiment by firing twenty-one cannons.

Public holidays are held on this day all over the country. All government offices are lighted. In practical life. If we look at the construction of the word independence, then there are two meanings of the freedom that is formed by the words self and tantra. positive and negative.

Negative freedom - There is no restriction on the other person, he can do whatever he wants. Any regime or persecution against his will is meaningless. He can do any work without any kind of hindrance.

Positive Freedom - This is another form of freedom, which is adopted in all countries. In this, the person gets all kinds of freedom. But some provisions are also associated with them. Apart from this, the main rule system of the country, which is also called constitution, has to be maintained. In this freedom, a person has to take care of the freedom of another person while using his own freedom.

Freedom is of great importance to any person or nation, a slave country has no identity. Nor can any kind of relationship be made with other states. Freedom and authority are complementary to each other. Rights are of no importance without freedom. Freedom is the natural fundamental right of a person, which no one can clap or snatch. But some powerful countries do not hold back from doing so.

Freedom is the identity of a nation, only an independent country can take its own decisions. Can develop its own, establish its political-economic relations with other nations.

India is the only country where crores of people live together despite various religions, traditions, and cultures and celebrate this celebration of Independence Day with full joy. On this day, as Indians, we feel proud and we Indians should promise that we will always be full of patriotism and honesty to protect our motherland from any kind of attack or insult. Happy Independence Day 2020 to every Bharitya ! Jai Hindi ! Bharat Mata Ki Jai!