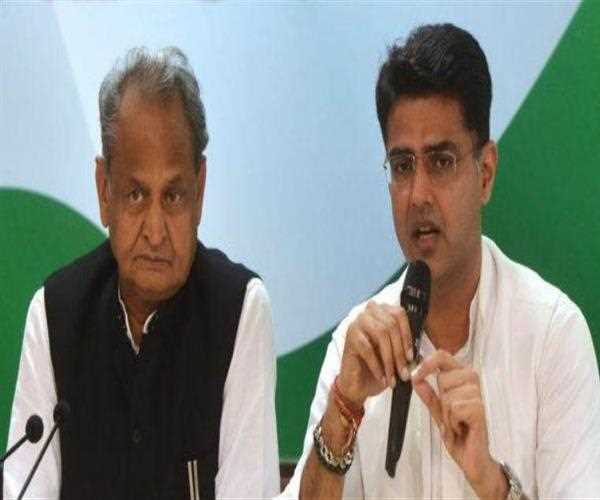 Rajasthan Congress is having a good time now because everything seems to be going fine with them. Obviously, Ashok Gehlot is a shrewd person but again he is loyal towards the Gandhi family. This is the very reason why is he is in the chair of Chief Minister and not the erstwhile rebel Sachin Pilot.

Sachin Pilot now exactly knows that he will not be getting from his in-laws (the Abdullah family of Kashmir) nor he would be benefitting anything from his own minority number of MLAs. We must be sure of the fact that there will be an upcoming session of the Rajasthan Assembly.

Ashok Gehlot seems to fake out with his vicious smile that not in par with the current political tussle we might not be able to see anything dramatic. BJP will not gain an upper hand while Congress will have to let Gehlot meet Pilot. Is this a happy time for INC? (Indian National Congress).

Well, surely yes If we just see the upper layer of the internal egoistic political disturbances. Congress has already lost it's credibility and now If it had to lose an important state like Rajasthan then I feel pity for the Sonia Gandhi led a party which ruled the country (democratically!) for almost a decade.

Ashok Gehlot and Sachin Pilot are not going to be friends again because they were the foes from those only when after 2014 defeat Congress had sent Sachin Pilot into Rajasthan politics and after losing then elections Ashok Gehlot seemed to be in a hiding shadow.

Gehlot is the busted politician who does give a damn about anyone and why he should as he was the only one to manage the majority of MLAs is maintained along with the parade plus press conference in front of the Indian media.

Congress party is safe for the time being till Sachin Pilot crumbles the Ashok Gehlot faction from within and with an 'indirect' friend Rahul Gandhi's assurance we might not be able to see anything happening for now but for future very soon.

It is important to note that Sonia Gandhi did not meet with Gehlot and Pilot but it was only Priyanka Gandhi who actively participated in the mediation process between the truce. Surprisingly Pilot also said that he never demanded the CM post chair so we can question on it as to why he was going rebellious against the party command.

Only time will tell what Congress Party really needs to do and whichever faction will lead the party unit in Rajasthan will project it's own leader's face If it is Ashok Gehlot or Sachin Pilot, we will see to it.