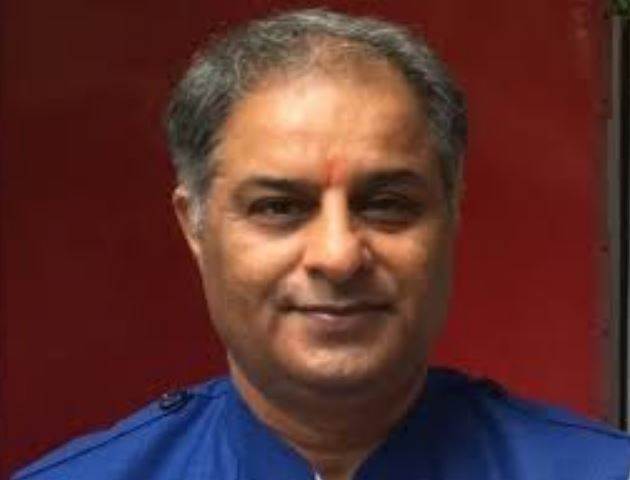 Who Was Rajiv Tyagi ? The Congress Media Leader Who Died Suddenly

Rajiv Tyagi was one of those leaders who believed in the very risky yet slaty concept of "clarity". Indian National Congress yesterday lost one of those sepoys who represented them in various news debates with utmost precision, sharpness, and vitality. If you were to be in his place then you could not only realize how much pressure he used to take daily in the news debates.

Rajiv Tyagi was part of a news debate show named "Dangal" and just after it he suddenly felt unconscious at his Vaishali residence in Ghaziabad, very soon he was admitted to the hospital where he faced a cardiac arrest and die soon after.

Why we should remember him? In the name of these shouting, vulgar and fake promise politicians he was one of those rare politicians who maintained some kind of sanity and preferred to be clear with his actions and words sometimes even contrasting with his own national party (Indian National Congress) line.

Mr. Tyagi had posted the last tweet of appearing on the news debate show. His death has been condoned by the Party members and the chief Gandhi family however surprisingly some sections of the party have openly blamed those "toxic" news debate shows which sometimes turn the ugliest, noisy and very disgraceful for a person who might not be able to take it on a daily basis.

Yes, it does affect the mental health and this fact cannot be denied and since it is coronavirus pandemic we are already inviting daily bits of depression on our plate.

Did late Mr. Rajiv Tyagi had to face so much on his plate is a matter of concern and sadly or practically it cannot be proven but only observed or maybe judged just like his own party members are doing.

Since his early political career days, he was an active participant who did not even hesitate to disturb the public meeting of the great opposition leader Atal Bihari Vajpayee. He was active in the Ghaziabad district committee of Congress and was an organizer of the UPCC (Uttar Pradesh Congress Commitee).

After 2014 when the party was searching for new and fresh faces, the high command introduced Rajiv Gandhi as the media leader who was made the media cell in charge for a new state of Maharashtra and he did really well to make sure party gains better seats through media wars and ultimately was able to be a part of the current government with Shiv Sena and NCP.

He was set to go big this in UP politics and this could have been the best phase of his current political career where he could have made a name for himself. He was made the media cell in-charge of Uttar Pradesh Congress under the leadership of Priyanka Gandhi Vadra. You are bound to believe that his way of speaking was typical and his clarity sense will always be remembered along with his dedication and composed aggressiveness.

He might have some ugly moments with people like Amish Devgan where abused him saying "bhadwa and dallal" or calling out a mullah on news debate to chant Jai Shri Ram but he was an original not a copy. Will Miss Mr. Rajiv Tyagi, sadly you passed away too soon!