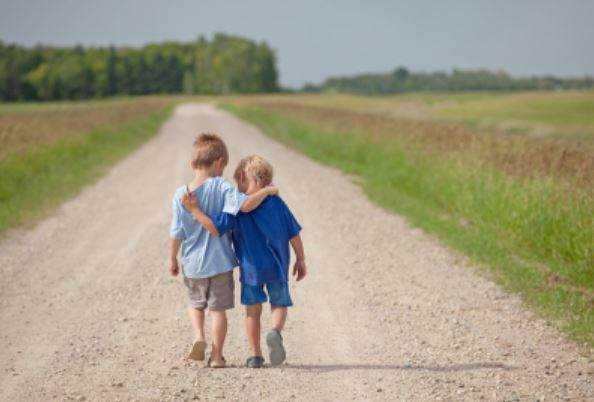 What Is Exactly A 'Good Friend' ?

The word friendship is so rich in itself that to derive one meaning from it would be called underestimation. Perhaps after parents in the world, there are friends who are closest to us. And understand us best, and in such a way, life gets established if we get along with a good person.

Every other person in the world is different from each other in seeing, hearing, and understanding. But where the thinking of two people matches a little, there is friendship.

Most people make their first friends in their school and believe it, it also shows that you are learning worldliness. When children make friends on their own strength, a different type of confidence is born in them. Which later plays a very important role in their lives.

Since children learn very quickly, it has been found that the ability to learn was also found among the children who came to school and made friends first. They start copying their friends and learn new habits and things from each other.

Suppose that the environment of a child is such that he keeps hearing abuses somewhere around his house. If there is also a child whose house goes to data on the use of inappropriate words, then believe me he will also convince his friend that he is wrong. In the same way, no matter what stage of life it is, we learn from friends.

It is not necessary that you talk to your friends every day, but you will always find them near you when needed. There are some examples in our history that are truly good friendship examples.

Krishna and Sudama is the best example of good friendship. There is hardly any Indian who would not know this story of history. They were friends in childhood when both were children and received their education. But later Krishna became king and Sudama was a poor Brahmin. But when Sudama went to meet Shri Krishna, then Shri Krishna immortalized his friendship by all his suffering.

Ram and Sugriva, Krishna and Arjuna, Duryodhana and Karna are some of the historical examples that make the friendship relationship even more special and further increases the importance of good friends in life.

It is very important to have good friends in life, the mere presence of them brings courage in the mind, because many times our decisions are such that the people of the house turn against us, then they are only our friends who are our feelings Understand and try to convince everyone from our perspective. Or even explain to us when we are wrong.

A good friend is not found so easily, even a little sacrifice has to be done on its own and if you have such a friend, then do appreciate it. They themselves are the offerings of God, who help so much in the difficult situations of life that you do not forget them for life. If God has given you more then always help others and be an example of a good friend.