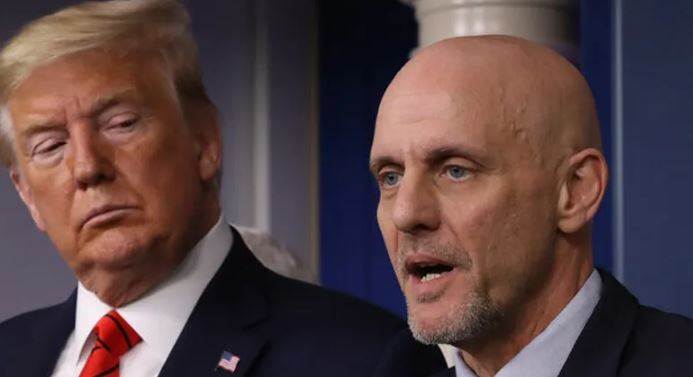 Stephen Han, the US Food and Drug Administration FDA commissioner, has declined to offer a deadline for the corona epidemic vaccine. His statement came at a time when US President Donald Trump had told the people of the country on the occasion of American Independence Day that at the end of this year we would prepare a vaccine on the corona epidemic.

The news agency Xinhua told that they said that I cannot guess how long this vaccine will be available. We are increasingly working for vaccine development. It is also progressing. He said that we will provide you correct and accurate information.

We promise to the American people that we will decide on vaccines based on data and science. Hahn said he was extremely interested in the current efforts to develop the coronavirus vaccine. He said that I hope it will be accessible by early next year. This vaccine will work for your safety.

On the occasion of 244th Independence Day of America, Trump said that we have full faith in our scientists. We will discover the coronavirus vaccine by the end of the year. President Trump said, "I thank the scientists across the country who are working day and night to develop and distribute life-saving drugs."

The total number of infected people in America has exceeded 28 lakh 39 thousand and so far one lakh 29 thousand victims have died. Curfew has been ordered in Florida's most populous city of Miami due to the epidemic.

US Food and Drug Administration (FDA) Commissioner Stephen Hahn has denied a deadline for the Coronavirus Vaccine, denying US President Donald Trump's statement. Earlier, the US President said that the corona vaccine may be available before the end of this year.

Han told a major media outlet on Sunday that I could not guess when the vaccine would be available. The development of the vaccine is working at an unprecedented pace, but our only promise to the American people is that we will take a decision based on data and science.

During a July 4 address in Washington, Donald Trump said that the country was likely to have a therapeutic coronavirus or a vaccine ready before the end of this year. Pointing to the vaccine early next year, Hahn said he is optimistic about current efforts to develop the coronavirus vaccine.

The Indian Council of Medical Research (ICMR) has said that the corona vaccine will be launched by 15 August. The Controller General of India (DGCI) has approved the human trials of Bharat Biotech's Kovaxin and Zydus Cadila's Zykov-D vaccine.

According to Johns Hopkins University, there have been more than 28 million 80 thousand cases of coronavirus in the United States, of which a total of 1 lakh 29 thousand 946 people have died so far.

Now this FDA vs Trump Administration politics will lead the country into healthcare apartheid that's why it is better for all the democratic American institutions to come together in order to make up a common plan and save the country from corona pandemic.