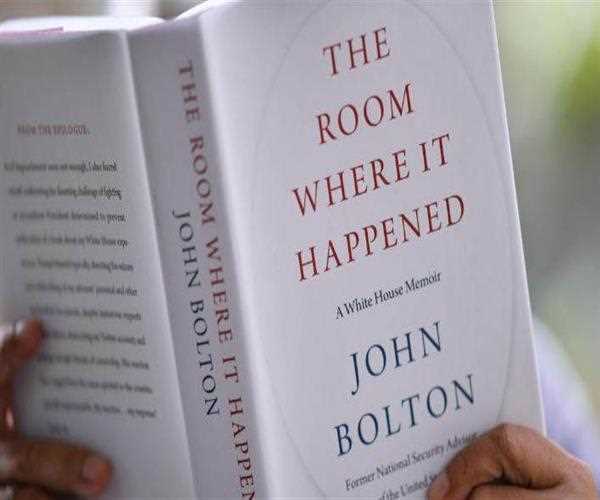 As the US presidential elections in November, this year are coming to a close, the heat of both sides is increasing. In such a way, the way the two books have caught everyone's attention, it is quite interesting.

All efforts to stop the publication of these two books were made by President Donald Trump, but first, the book of former National Security Advisor John Bolton won the court battle and then the book written by Trump's niece Mary Trump was also going to market in the same week.

Controversies, scandals and revelations have played a significant role in US presidential elections. There is hardly any election in which various sensational revelations are not revealed.

Recalling the 2016 elections, Donald Trump and Hillary Clinton both faced a variety of charges. Especially with Trump's shrunken thoughts and colorful revelations, so many revelations came out that even after that there would have been something left, it is difficult to think.

But every day is a new day in politics. This is still a new election. It is obvious that once again people have to use their vote, then a series of fresh and convincing candidates is being started.

In this sequence, when it came to the publication of these two books, President Trump's efforts to get them banned got the most attention. If the American President wants to hide something, then it becomes the biggest factor to arouse the curiosity of the people. The background of the authors is about to spice it up further.

Mary Trump is Donald's niece (daughter of his stepbrother). She too grew up in the Trump family. Describing Donald Trump as the world's most dangerous man, he has titled his book 'Two Much and Never Enough: How My Family Created the World's Most Dangerous Man'.

There are reports that among other things it has been said that how Donald's father and Donald himself honestly considered it stupid to pay taxes. John Bolton has also closely watched Trump as president.

According to the news, his book The Room Where It Happened describes how President Trump has been seeking help from foreign heads of state to win elections.

He told Chinese President Xi Chin Fing that he could ensure his (Trump's) victory, citing China's economic strength. However, it will take time to clarify how much and how these books affect the electorate. Right now it can be said that in this era of electronic media and social media, American elections are a big morale booster for books.

READ HERE MORE : What Poland Exactly Wants With US Army ?

John Bolton is the one who has worked under the Trump administration and thus cannot state himself as totally against it just because things were not in term according to him. Donald Trump has stopped the book from getting into the public domain for the US general public.

Will this affect the ongoing political race for the next US president? Only time will tell the impact of Bolton Vs Trump but the true nationalist citizen will vote for the better option between Biden and Trump and not get affected by a wannabee and opportunist ex-security advisor.