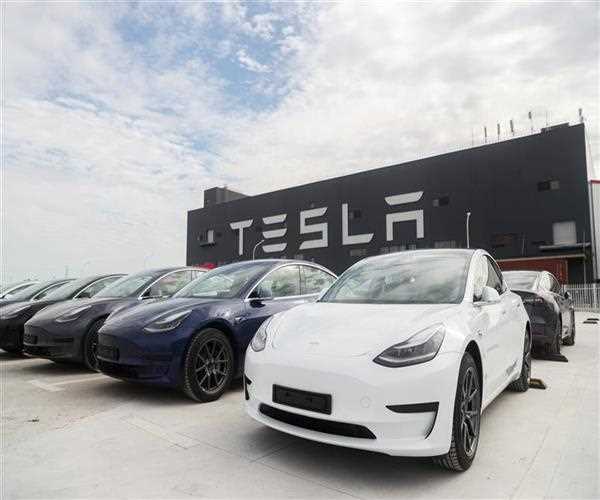 Why Tesla is the best electric car

Tesla has revolutionized the electric car market, with their sleek designs and cutting-edge technology. But why is Tesla often seen as the best electric car out there? This article will explore the reasons why Tesla stands out in the industry and how it’s changing the way people drive. From advanced autopilot capabilities to its revolutionary battery technology, we’ll take a look at what makes Tesla stand out from the competition and why it remains a popular choice for drivers all over the world.

Tesla's electric cars are packed with luxury features that set them apart from the competition. From their sleek, cutting-edge design to their leading-edge technology, Tesla's cars offer drivers a wealth of high-end features.

Some of Tesla's most luxurious features include:

- Premium materials: Tesla's cars are made with top-of-the-line materials, inside and out. From the soft leather seats to the wood grain dashboards, every detail has been carefully crafted for luxury.

- Cutting-edge technology: Tesla's cars are loaded with the latest tech features, from massive touchscreens to self-driving capabilities. Whether you're looking for entertainment or convenience, Tesla has you covered.

- Unrivaled performance: Tesla's electric cars offer incredible performance, with instant acceleration and silent operation. Whether you're cruising down the freeway or tearing up the track, Tesla's cars will make driving an exhilarating experience.

While the Tesla Model S starts at $75,000, the company offers a cheaper model, the Model 3, which starts at just $35,000. That's a far more affordable price for most people, making Tesla one of the most accessible electric car companies. And with a range of up to 310 miles per charge, the Model 3 can take you pretty much anywhere you need to go.

The Tesla electric car has become a revolutionary vehicle, setting the standard for performance and pioneering innovation. The combination of its impressive range, advanced Autopilot features, luxury interiors, and eco-friendly powertrain have firmly secured it as one of the top electric vehicles on the market today. With all these advantages in mind, it's easy to see why so many people consider Tesla to be the best electric car available.

automobile tesla tesla's innovation tesla's environmental impact tesla's safety record tesla's luxury features tesla's affordable price
1
3
107
0
Written By
Drishan Vig
I am Drishan vig. I used to write blogs, articles, and stories in a way that entices the audience. I assure you that consistency, style, and tone must be met while writing the content. Working with th . . .