Work is worship, they say. People have been working for a long time in offices and sites. The workforce of a country determines its future. When a country has a rich & diligent workforce among which most of them enjoy their working sector, then the country's Happiness Index is increased automatically.

Work culture is a collection of attitudes, beliefs, and behaviors that make up the regular atmosphere in the work environment. It determines how well a person fits in their job environment and how they build a healthy professional relationship with their colleagues. The journey of work culture has been ever-changing. 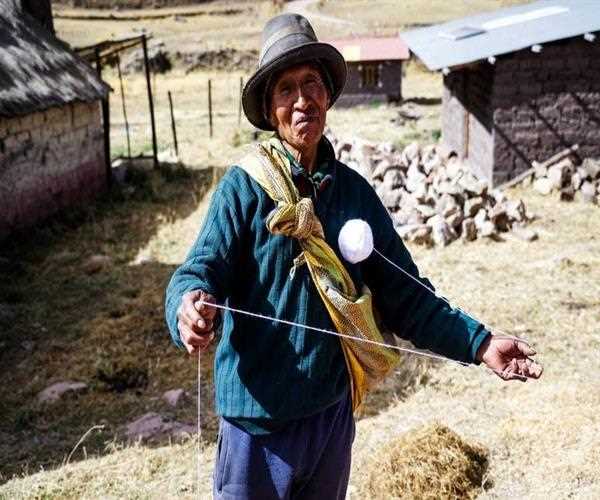 As far as the employers are concerned, they did not indulge so much with their workers because of being of a higher authority. Once an appointment was done, the employers were the ‘boss’ figure and they did not enquire much about the worker’s families.

Offices were set up within cubicles and employees were not allowed to leave their desks or attend any calls between the work. Even at field jobs, there were these strict regulations for employees.

Coming of the new-age work regime

2. But after many decades, change started to surface in the society regarding work culture. New methods were adopted for office environment and site inceptions. Office setups became more employee-friendly and the quality of the environment improved. Employers began to realize that a happy employee is an efficient employee. So, they started modifying their office space according to the needs & wants of their employees. Their core motive was to find a middle ground between employee ability and policies of the company, thus, making the work environment friendly and innovative.

For example, top companies like Google, Facebook, and McKinsey adopted new models at their offices. They framed their decisions with the help of data. Like, the time employees spent waiting for the meal in line was tracked and calculated. Later, a data-backed decision was made that the optimal waiting time for a meal should be around 3-4 minutes. During this time, they could have a short chat with the colleague standing next to them without the fear of their precious time getting wasted. 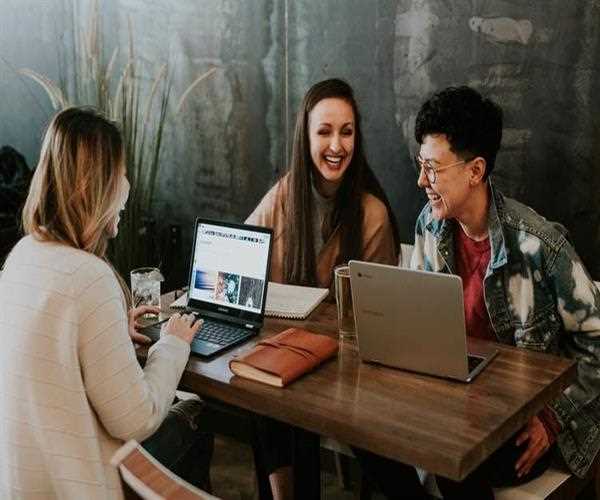 Similarly, providing financial support for the employees is another great method adopted by new-age companies like these. They understand that not every employee is equal even after working in their company and has a strong financial background. Thus, they deployed finance advisors & planners for their employees to help them combat their money matters.

These new-age companies believe that efficient work quality could only be delivered if they treat their employees as family and allow camaraderie among them. Therefore, they did various innovations from creating a fun work environment (like working on couches, taking naps between work, attending meetings while working out, etc.) to open communication opportunities (a flat organizational structure which allowed the lower-level employees to approach the CEO directly without having to face middle authorities). 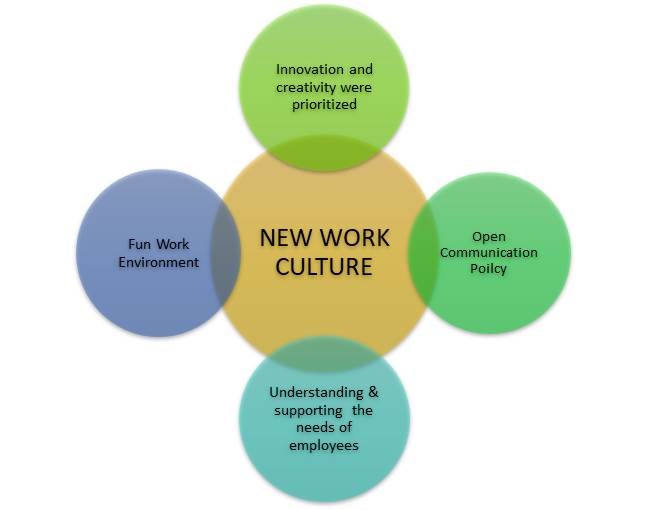 Constraints like particular uniform-based appearance and carrying briefcases to the office were also removed. Now, the employees could work while performing their favorite activities.

By their new friendly methods, these new-age companies gained a reputation of being a support system where employees could enjoy working without feeling pressured.

Data and reports suggested that employees had positive feedback shining in their eyes when they worked in such companies. Although the working hours were quite more than usual, still the glimmer of high work standards and satisfaction at workplace reflected on their faces.

3. But ever since the unfortunate COVID-19 occurred, it shook the roots of the societal setup adversely. Everything was drastically changed. The work regime suffered the greatest because from an official setup it shifted to a remote setup in the blink of an eye.

Others adapted themselves to the remote work culture. Those who worked in the corporate sector had challenges like getting fluent with rapidly changing technology, work-life balance, etc. While those who worked in different sectors had different obstacles because now their work can’t be conducted on laptop screens and zoom meetings. 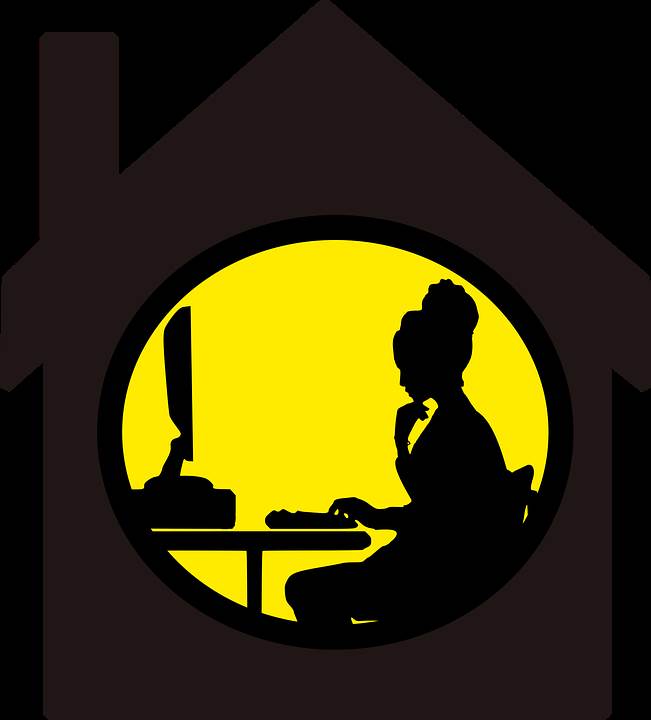 i) Let’s look at the side-effects first:

Social issues like domestic violence & violation of privacy were also rising because working people were spending too much time at home. They experienced that they couldn’t stabilize their emotions at home which was easy when they got an option to divert their minds at work. This resulted in domestic violence, emotional abuse, and suicides.

The depression of Coronavirus and its constantly mutating strains caused catastrophic results for people. On one hand, they were handling work crises, on the other hand, health issues were insecure.

Conducting meetings and collaborating on teamwork on video calls became a headache for both the employee & the employers.

ii) Now we may focus on the positive outcomes of remote work culture:

People were in the comfort and luxury of their homes. They had family around and a decent income at hand. So, their work efficiency increased very much than before.

Workers, including working women, experienced that they could now utilize more time to build their skills.

The expenditure of companies & their infrastructure was saved because the offices were closed during the lockdown.

The governments of different countries are lifting their lockdowns and this makes the companies open up again. I’ve given my opinion on the challenges being faced by the companies & the employees on returning back to the office setup. Do give a 10-minute read to ‘A year of Pandemic: The changing paradigm of Work Culture’. 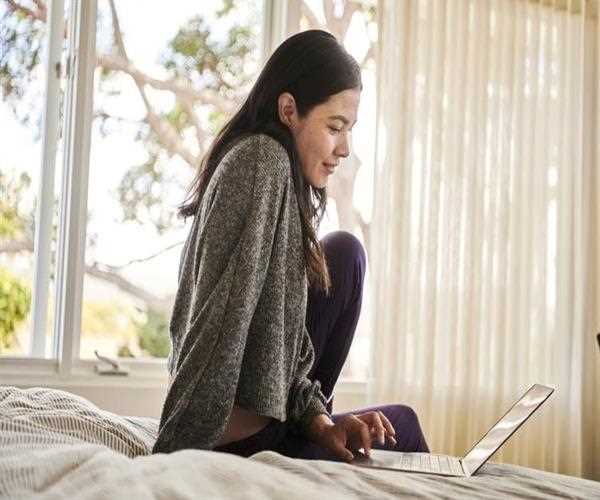 The future lies unpredictable in front of us. Everyone who lost their jobs would return to filling applications & attending interviews; those who were working already would struggle to switch atmosphere again and students would upgrade their knowledge & skill to enter the workforce as newbies.

In conclusion, work culture keeps evolving based on the behaviors of workers and the environment where work is set up. The main role to create an efficient work culture lies with the leaders. They could set the tone of the company according to the changing realms; by implementing policies, making the culture friendly, and ensuring the accomplishments of their mission. 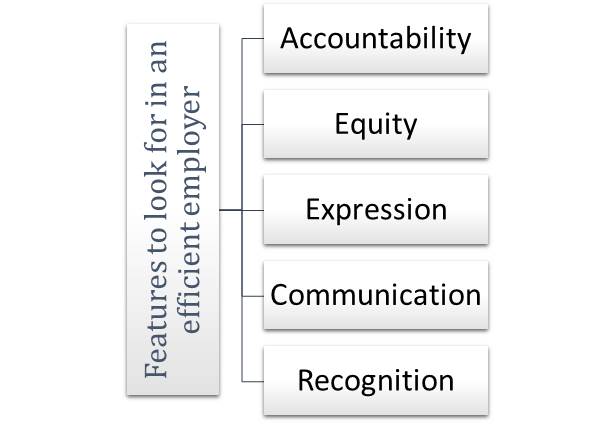 A balanced work culture encourages people to feel comfortable enough for taking credit for their ideas and their mistakes. While some people value the traditional work culture, others prefer being in a fun & creative environment at work. People need healthy environments to thrive and the workplace is a part of human being’s societal environment.

Thus, a positive & flourishing work culture influences the markets, the business, and most significantly, the people who have to be at the receiving end daily.