The changing realms of the world post-pandemic have driven the workforce from the “office” culture to “work from home”, totally changing the field where the game was being played. But after the lockdown lifted, employees got reluctant in switching back to offices. Only less than 12% of employees in the corporate sector want their office atmosphere back (of course, they might have their reasons) but this reluctance is affecting the industries adversely.

Also, read how the work culture has changed over the years-  Occupational Transition: The Journey of Work Culture

This switch in the work type has turned the image of the working-class upside down (esp. the corporate sector). How?

• There has been a vast change in the type of work environment which is visible. During the pre-pandemic decades, 9-5 office presence was the unofficial slogan for the working class; but post-pandemic, this duration increased and the office presence vanished totally. Due to the new concept of 'work from home employees are investing more time sitting in front of laptop screens inside their comfy beds or couches. 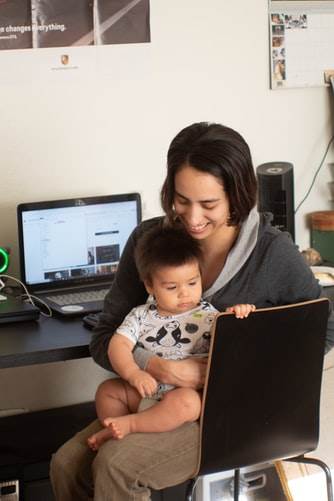 • The office presence might have vanished but the attendance is still there. It is a clear indication that workload has increased. Also, a new concept of “essential workers” has emerged which means only a portion of workers is given employment due to payment crises. Also, major adversity is faced by the women workforce as the majority of women were removed from their industries. This created a gender divide between working men & women.

• The employees are now allowed to make flexible changes in their work timings now. They enjoy the luxury of their home/ food requirements from time to time as well as the travel time has been cut. This made them adapt to the comfort of working from home & earning a salary.

• Technology up-gradation has been a beneficial point to the workers. The high-speed internet and multiple internet packs have made it easy to be comfortable at working from their homes. There are a lot of ecommerce platforms that will help you not to procrastinate at home.

However, the companies have been at the adverse receiving end of this change.

Reports suggested that after the pandemic struck, the companies had the advantage of saving expenditure, boosting the morale of the employees, and attracting valuable candidates by offering them work-from-home facilities. Then why do all the major companies in the corporate sector want to end remote work? This is because the companies lost their tangible aspect of the business.

Listed below are a few reasons which could be thought of: 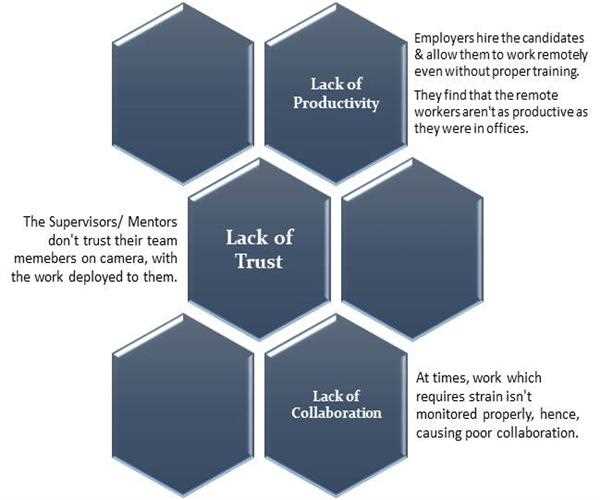 Let’s elaborate and understand the reasons:

• The productivity of the workers degraded after they switched again from homes to offices. They were comfortable in the home environment, having proper work-life balance but now they are again forced to come back to ‘normal’ with the 9-5 office timings. Tackling the traffic every day and working in a rigid environment is causing disruptions because people had become lazy and unwilling to make any extra effort.

• The employers hired new people for remote work and proper training wasn’t given to them, so now the problem of lack of productivity arose among new joiners. Before the pandemic, people were used to the rigid timing and atmosphere of the office which is now unavailable. That’s why the difficulty in combating laziness is justified.

• The Supervisors thought that they cannot mentor their teams online as efficiently as they could do on-site. Due to this lack of trust, the supervisors are not able to assign new projects to their teams.

• The ‘attribution error’ is prevalent in online meetings during the pandemic. For example: if someone local is unavailable at the office/ site, the supervisor attributes it to the situation that something urgent might have come up. But if someone is absent from remote work, their personality is attributed that they are lazy, ignorant, or incompetent. This belief is also the result of a lack of trust.

• There was a lack of collaboration among the higher authorities and the employees in the zoom era because of the diverse workload and inability to communicate.

• The ‘quit rate’ has increased more than ever during the pandemic because people thought due to the facility of remote work, new jobs could be found easily. Hence, impatience and low work competency were lodged among the employees. Because of this reason, many critical jobs are going vacant, causing turbulence in the economy.

Sponsored By
Anonymous User
I am a content writter !