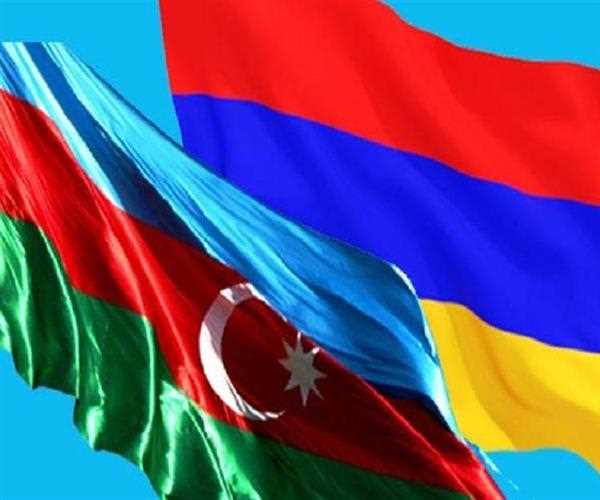 Azerbaijan-Armenia War : What Will Be India's Role ?

The Armenia-Azerbaijan Conflict is going on between Armenia and Azerbaijan, which has turned violent. But this dispute is quite different from the Kashmir issue between India and Pakistan (India-Pakistan Conflict) or the India-China Border Dispute.

However, in the ongoing dispute in Nagorno and Karabakh region, Pakistan and Turkey (Turkey) have come openly in support of Azerbaijan, whereas India has currently said that the issue should be resolved only through peace talks. But the question is, will India support Armenia or Azerbaijan?

India has always taken the side of resolving international disputes by negotiation as it has been fully prepared for the situation of war amidst tensions with China being embroiled in a border dispute.

This time also, the Ministry of External Affairs has advised Armenia and Azerbaijan to settle the dispute peacefully, but India's relations with these two countries are making a gesture. Also, it should be understood that how India's role in this quarrel can have an impact on the Kashmir issue.

According to the Security and Cooperation Based Organization (OSCE), India's relationship with peacekeeping has been very interesting with Armenia. In March this year, India signed a $ 40 million deal by defeating Russia and Poland to supply arms to Armenia. Earlier, India's relations with Armenia had been of mutual support.

In 1991, when the Soviet Union broke up, it supported Armenia and expanded the Embassy's services to Moscow there. According to the Ministry of Foreign Affairs, since then the President of Armenia has visited India three times (1995, 2003 and 2017) and also the Foreign Minister (2000, 2006 and 2010). What does India's relationship with Azerbaijan after Armenia indicate?

Meaning of relationship with Azerbaijan?

Relations have been friendly, but they are not fresh. Arts Representative of India Rabindranath Tagore, Representative and former President Dr. Radhakrishnan and the first Prime Minister Jawaharlal Nehru made visits to Azerbaijan, but this was when the country was a Soviet socialist republic. Ever since Azerbaijan has separated from the Soviet Union, there has been no high-level gathering for nearly 20 years.

International politics related to both countries

The second situation is that Azerbaijan has got the tone of Pakistan on the Kashmir issue just like Turkey. India's own relations are not very fresh and in international politics, taking Azerbaijan towards Pakistan, these are all indications as to whom India can take side in the ongoing Azerbaijan dispute with Armenia.

On September 27, there was a violent clash between the two countries in Nagorno Karbakh and both held each other responsible. While defending the OSCE, the two had asked for peace talks, which Armenia agreed to. Now the question is, in the meantime, what can India see on the Kashmir issue in the event of defending or standing with one.

Azerbaijan-Armenia War : What Will Be India's Role ?

Sensitive impact on the Kashmir issue!

If India is seen standing openly with Armenia in this quarrel, then it may have to face diplomatic responses on the Kashmir issue. Achal Malhotra, an Indian diplomat in Yerevan, said in a conversation with Sputnik, 'However the Kashmir issue is different.

It is a part of India from the king of Kashmir, but Pakistan is illegally occupied here. Despite this, taking India's side of Armenia will give Pakistan and Turkey a chance to create an atmosphere or extremism against India in the organization of Islamic countries.

India has always remained neutral in any geopolitical conflict between two nations and this time it is likely to be the peacemaker and not troublemaker in this conflict.