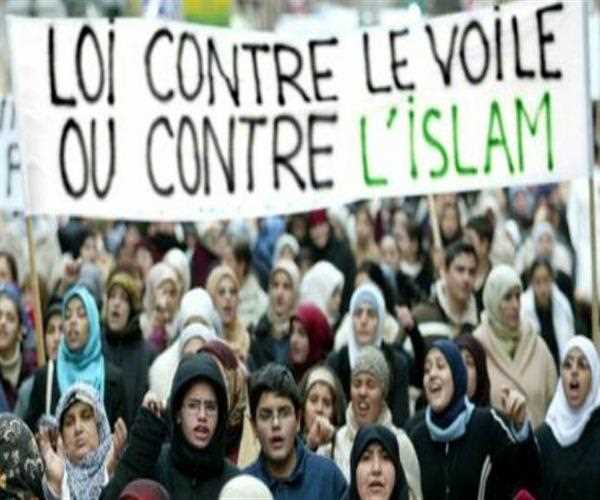 France Gets Strict Against Islamic Fundamentalism

For this, they are talking about bringing a law, which is being seen as French Islam. That means the Frenchization of Islam. Know, what will happen in this bill and how will the Muslims of France be affected by it.

President Macron says that if the law is made then it will have many benefits. It is being called the Separatism bill. The outline of the bill has not been revealed to the public at the moment, but France's Muslim community is enraged with several main points.

For example, according to TRT World, under it, there will be French Imams in France and people coming from abroad or foreigners will not be made Imams, no matter how knowledgeable they are.

Also, schools and educational institutions can be closed under it, which brainwashes under the pretext of education. At the same time, there will be strict restrictions on home-schooling under the new law so that children are not admitted to such schools that are separate from the National Curriculum.

Apart from this, funds coming from other countries for religious organizations can be monitored. This will curb the terror to a great extent. Macron himself says that we have to see where the money comes from, who gets it and why it is given.

According to The Wall Street Journal, the bill could be introduced in Parliament early next year. On September 7, several members of the French cabinet had confirmed the news that the final work on the bill was in progress and would be completed soon.

Violence against women can also be seen in this bill. Just like in France, in a particular community, women have to show a virginity certificate before marriage. There will be strict laws on this in the bill.

Apart from this, the study of foreign languages ​​in France will also be monitored. Please tell that under the ELCO program in France, foreign languages ​​are studied, which are mostly related to a particular religion. This is exactly the same way as China through its Confucian institutions is gaining ground in different countries. So now France will keep an eye on such teaching too.

Many steps are being taken even before the arrival of the bill. For instance, earlier this year, France stopped the arrival of foreign imams. Macron said in a press conference that after 2020, we have banned Muslim Imams from any other country in our country.

Every year in France, around 300 Imams come from countries around the world. This is because of the large Muslim population in France. Most Muslims in Europe live in France.

According to the Pew Research report for the year 2017, the French Muslim population is about 8.8% of the total population of the country, which is the biggest minority.

Terrorist attacks have been seen in France for almost a decade. This is the reason why the government is becoming strict about Islamic fundamentalism.

In France, satirical magazine Charley Abdo was attacked in 2015. Twelve people, including a policeman, were killed in the attack, including many of France's leading cartoonists. The reason for the attack was that the magazine had published a cartoon of Prophet Mohammad.

The attack on Paris in November 2015 that year shook the whole world. In this, the terrorists had mass firing, suicide bombings, and held people hostage. More than 130 people died in the attack. The mastermind suspects of the subsequent attacks were shot down. These attacks were carried out by ISIS.