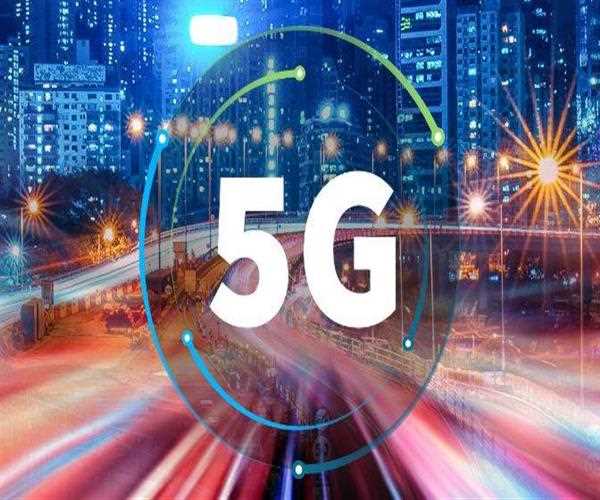 Due to the new technology being developed every day, the daily routine of people is changing. Here, technology has also crossed the sky in the communication sector. It is being said that 4G network (4G network) has remained a guest for a few months and years for people because many big companies are engaged in spending money like water in preparation for the 5G network.

At the same time, many experts on the 5G network believe that human life is pushing itself towards danger due to this technology. Let's know what is the impact of the 5G network and its radiation on health.

What is 5G network?

Users enjoying the 4G network in mobile and computer are now eagerly waiting for the 5G network. Let's know what is a 5G network? Broadly speaking, after the facility of 5G network, your mobile internet speed will be 100 times.

With this, arguments are being made about the 5G network that with its arrival, it will be able to talk to you more from machine to machine. For this, the device you have must be supporting the 5G network.

It is believed that 5G technology can bring many big changes in human life. Scientists have argued about 5G technology that it will be like going to Mars for you.

Scientists say that imagine how you will feel when you are talking with your own car and will be able to sit with the sensor through the red light on the road.

Explain that as soon as the 5G network is in operation in the country, the number of mobile towers will increase, due to which the RF signal (RF Signal) will also come out in huge quantity. In such a situation, there is a possibility that these radiations emanating from the towers will have a big impact on health. According to experts, there is no need to be afraid of the RF signals.

Here, experts say that the radiation emanating from the 5G network will not harm the health of the people if the country properly complies with the safety measures made by the Telecom Regulatory Authority of India (TRAI).

The World Health Organization has also ruled out the impact on the health of humans with 5G technology. The WHO believes that radiofrequency will not cause any more harm than just increasing the body temperature of the people.

Some experts say that frequencies of ionizing nature are harmful to a person's body. Whereas mobiles have a frequency of non-ionizing nature. They believe that the data on the impact on health from 5G radiation has not yet been revealed.

Here, governments around the world are still grappling with a big problem like hacking, but technology like remote sensing will increase with the 5G network. By which cyber experts of big countries will be able to easily infiltrate the system of small countries.

At the same time, the security of the country will be disturbed due to the increased risk of terrorist activities. Therefore, many countries including the US, China, Japan and North Korea are completely cautious about the 5G network.