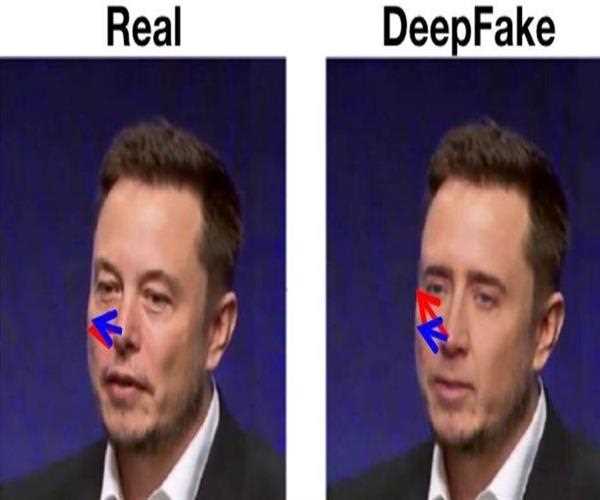 A video has been going viral on social media for the last few days. In this video, Prime Minister of India Narendra Modi, Chinese President Xi Jinping, and Defense Minister Rajnath Singh are seen.

The video has three windows, in the middle is Xi Jinping and a Bollywood song is playing in the background. All three are seen lip-smacking on that song. It is seen that it is edited and fake, there are no two opinions about it.

The Reface AI app associated with Deepfake is also going viral these days. Bollywood actor Randeep Hooda has also swapped his face with this app.

This app first takes your photo, after which it analyzes the facial features and swaps your face with the face of celebrity videos. This is also an example of deep throw.

Today we will also tell you how Deepfake is used and what technology is used in it. From top Deepfake Artists and Computer Scientists, we have tried to know how it works.

We have a conversation with American computer scientist and Pinscreen Founder and CEO Hao Li about Deepfake. Hao LI has worked in facial tracking and hair digitization for visual effects in many Hollywood films including Furious 7 and The Hobbit.

According to Hao Li, if a person wants to replace someone else's face in their own video, then the image of both of their faces needs a lot more. With this, different poses, expressions, and lighting conditions are also required. By collecting this kind of data, they have to train through deep neural networks. Top Deepfake Artist and Computer Scientist Hao Li.

Deepfake is not new, but it is slowly catching up and Deepfake content on social media is growing rapidly. Social media and Internet companies will have to think of ways to tighten it from now on, or once it has gone to its peak then it can be extremely difficult to clamp down on it.

Deepfake is Artificial Intelligence (AI) based

Experts all over the world have different opinions about AI i.e. Artificial Intelligence. Some believe that this will benefit the world, but some say that it is dangerous for humanity.

The example of dynamite fits right here. Because dynamite was introduced for controlled exploration, but now it is also used for noise.

In making Deepfeck, we have to collect enough data of source and target person so that it can train deep neural networks for a few hours. Generally, good results can be found by acquiring a few video clips of the target or by collecting thousands of images. Top Deepfake Artist and Computer Scientist Hao Li

In the same way, you can also understand Artificial Intelligence. Because AI is a very useful thing and it can make people's life easier.

By taking the speech of a leader or celebrity, the entire speech can be changed through Artificial Intelligence based tool. You will feel that the speech is real, but you will get confused.

For this, the speech given by that leader is collected at different places after reading the face and gestures. After this, it is treated with an Artificial Intelligence-based tool.

Deepfake has been used in films for a long time. For example, after the death of Fast and Furious actor Paul Water, his film's brother Paul's brother was cast. But Deepfake made his face and voice exactly like that of Paul Walker.

Even before and even today, Deepfake is used in many places in films, especially it is more prevalent in Hollywood films.

Machine learning is a branch or part of artificial intelligence. It is used to make deepfake videos or photos.

For this, generative adversarial network ie GAN is used to adapt people's gestures, expressions, manner of speech, and style.

Usually what you watch Deepfake videos are based on a deep neural network which is a part of AI itself. It actually extracts different patterns from a lot of data. Data means the face of a person, his speech, and body language.