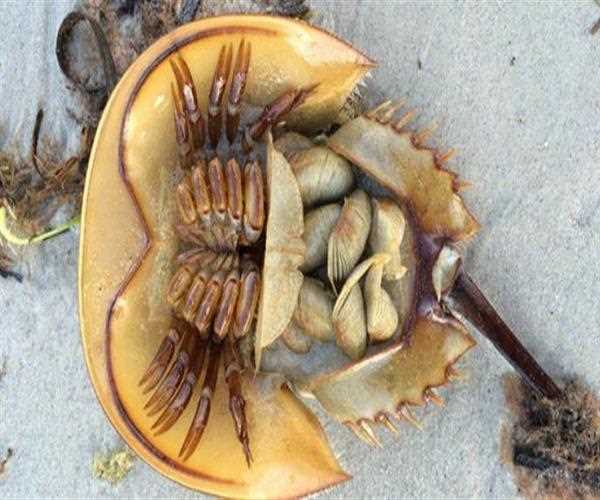 The vaccine (Anti Covid Vaccine) that the world is waiting for in the Covid 19 pandemic, that vaccine will develop from an organism that has been present on Earth for millions of years before humans.

After Horseshoe Crab's Immune Test, scientists were quite surprised to see that this organism that lives the longest life than most species is so special because of its immunity. Now it is claimed that Horseshoe Crab is going to have a special role in the vaccine.

In the words of Alan Bergenson, associated with the Fisheries Commission in the Atlantic region, the health sector around the world should thank Horseshoe Crab. This was said because Horseshoe Crab's blood had been approved for the Limulus amebocyte lysate, or LAL test, since the 1970s. This test has been important to identify fever and in some cases a bacterium that causes death.

What is the benefit of this test? According to John Dubzack, the head of a drug manufacturing company licensed in the US, USA Today's report says that this test is very important in order to increase the quality and safety of pharma companies that make medicines and medical devices and also all the vaccines. Has been proved The name of this test is also on this Horseshoe Crab, whose scientific name is Limulus polyphemus.

After a total of 3.15 crore cases of coronavirus and 9.67 lakh deaths worldwide, experts claim that whatever vaccine is ahead in the world vaccine race, but LAL will be the standard test for any vaccine, which will make the vaccine safe. Will check The four production units in the US for the LAL test are in South Carolina, Massachusetts, Maryland, and Virginia.

According to Bergeson, head of the Horseshoe Crab Consulting Panel, 5 billion covid vaccine doses will not be a cause of the trouble.

He believes that the material that will be needed to check the safety of the vaccine will be available from production within three days. And this special help will do that which we always misunderstood. According to Bergeson, who has 40 years of experience as a microbiologist in the pharma industry, this creature has been hunted excessively.

This crab i.e. Ashwanaal crab, which had its presence on earth even before dinosaurs, is 400 million years before humans came to earth. And the irony is that now humans are the biggest threat to its existence. There was a lot of news that the blue blood of this creature, which is sold up to Rs 11 lakh liter, has nectar in medical signs. But this creature was not recognized properly. Even its name was not considered right.

According to Daniel Sasson, Marine Scientist of South Cay Rolling, Horseshoe Crab is not actually a crab but is closer to the spider species. Like spiders, they have more legs and eyes and they also have chimney-like fingernails. Although they do not match the Crab, the same cannot be said. Secondly, they look scary but neither poisonous nor aggressive.

Weighing up to 10 pounds, these crabs are very useful for humans. The outer fungus of this crab is so hard that it does not even affect the volcano. And its blue blood is very precious because here in a few seconds those cells are made, which are almost magical for safety.