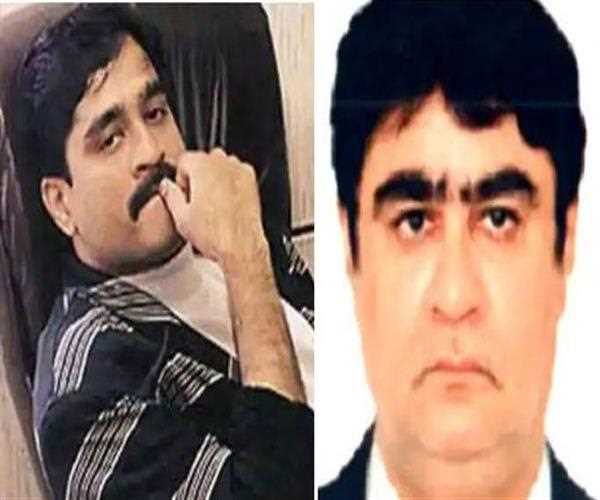 The Financial Crimes Enforcement Network (FinCEN) of the US Treasury Department has made several major revelations in the case of money laundering. It is believed that the disclosure of the names involved in it will bring a stir in the politics of the world.

The name of Pakistan businessman Altaf Khanani has also come in this episode. According to the organization, Khanani continued to give money to Dawood Ibrahim, the most wanted terrorist in India. Also, Khanani also has close relations with other terrorist organizations of the world.

Khanani was arrested from Panama Airport in September 2015 and put in Miami jail. His detention ended in July this year, from where he was handed over to US authorities. However, it is not clear where he has been sent from there. It was only after the arrest that Khanani's relationship with Dawood became clear.

READ HERE MORE : Titanic Did Not Sank Due To Iceberg !

A notice issued during this time told how this Pakistani citizen used to give money to terrorists, drug smugglers, and criminals through his money-laundering organization. It used to carry out these works through its companies Khanni MLO and Al-Zaruni Exchange.

Since Khanani used to give money to those terrorist organizations who are notorious for spreading terror in India. In such a situation, many important secrets will be uncovered by his arrest, it is being speculated.

Also, since he was involved in everything from Dawood to drug smuggling, his arrest could weaken the terrorists. Also, it will be difficult to carry out international conspiracies of terrorist attacks, because now the biggest network to send money of terror through hawala has been caught.

By the way, this money launderer has a Gujarat connection too. In fact, the Menon family, which Khanani was born into, is originally from Gujarat. This family or family resembling the Vohra community settled in Sindh province of Pakistan after the partition of India.

Born in the year 1961, Khanani's father Abdul Sattar Khanani was a hawker. They roamed the street, doing seasonal clothing and other things. Abdul Khanani also had a twin brother. This brother named Javed Khanani committed suicide in the year 2016. It is believed that he was also involved with money laundering.

Khanani companies Khanni MLO and Al-Zaruni exchange roots spread from Dubai to the US, UK, Canada and Australia. These companies used to resort to hawala method to make money from here to there. The people of Khanani used many avenues to transfer money from one country to another.

The amount of gold or diamond that was required to be transported was purchased. He was then smuggled or concealed and transported to the country where the delivery took place. Upon reaching there, that gold or diamond would be sold and this amount would be sent directly to the customer i.e. terrorist organization.

In total, this money would have reached Al Qaeda, Hezbollah and drug traffickers. During the investigation, it has come to light that with these funds, terrorist organizations would recruit and train new terrorists. Simultaneously, expensive and sophisticated weapons were smuggled. Khanani also helped with money in Mumbai attacks in 1993 and 2008.