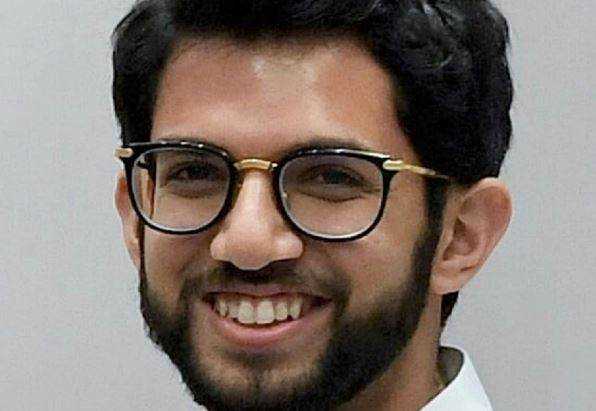 Aditya Thackeray, the elder son of the Thackeray family, is in the discussions nowadays, in the Sushant Singh Rajput case, Bollywood actress Kangana Ranaut is constantly attacking him.

He has been attacked again as 'Penguin Thackrey'. It has been said that he has been roaming around with suspicious people in this case. By the way, Aditya is a cabinet minister in the Maharashtra government and the son of state Chief Minister Uddhav Thackeray.

Aditya Thackeray is a Shiv Sena MLA from Worli in Mumbai. He writes poems. A book of his poems has also been published. Apart from that, he has also made an album on his poems. In which well-known musicians and singers have supported him. All eight songs in this album belonged to him.

Aditya is the first elected member of his Thackeray. Never before has any of his family members contested elections. Aditya is 30 years old. During the Maharashtra Assembly elections, his good craze was seen among the youth.

Aditya has studied in a good school and college in Mumbai. He did his intermediate from Bombay Scottish School and then BA History from St. Xavier's College Mumbai. After this he obtained LLB i.e. Law degree from KC Law College, Mumbai. He is the president of Shiv Sena's Yuva Sena.

Even before this, he has been in controversies. While studying at the college, he blew it while performing against the book Sach A Long Journey by the well-known Indian migrant writer Rohinton Mistry. He alleged that in this book objectionable things have been written about his family and Marathis.

People jokingly call them baby penguins. Although there is an anecdote behind it. But on Twitter, when a person addressed him by writing Baby Penguin, he got arrested. In fact, in Maharashtra's Fadnavis government, he campaigned to keep penguins in the zoo of Mumbai. Some penguins were brought from South Korea but many of them died due to weather and infection there. After this, people started calling him Baby Penguin.