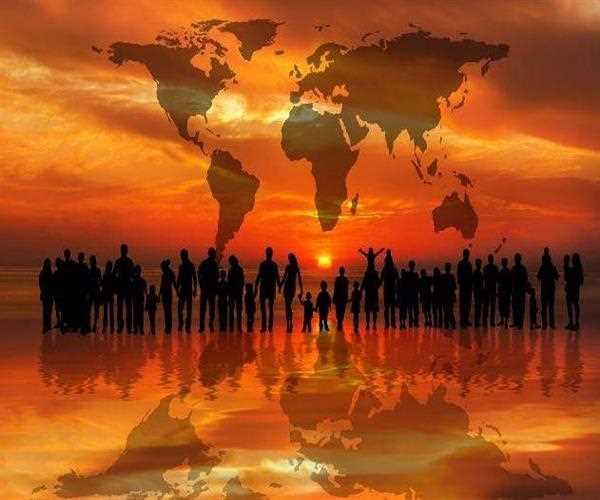 At present, the population of the world is increasing rapidly. Many people believe that the way a human is destroying the Earth and its resources (one day) its growing population will become a curse for it.

According to research, the world's population will reach 8.8 billion by the year 2100. The study, published in the medical journal Lancet in July, became a topic of much discussion, covering major factors such as population factors such as birth rate, total fertility rate, but does not include environmental factors affecting and affecting the population.

According to this research, this decline in population growth will not come due to any war, molecular holocaust, or even deadly epidemic from Covid-19. Nor will there be any major natural accident behind it, as many devastating changes are seen due to climate change.

It is believed that if this can be done then it will be very good news because it will reduce the pressure on the environment due to the human population and there will be a possibility of balance in the environment of the Earth. Maybe it will also help in tackling climate change.

Apart from this, other important aspects of the environment like the ecological crises have not been included in this study. There are many types of crises that have a deep connection with the human population, such as large-scale forest destruction, rapid destruction of species, overfishing of fish from the sea, dwindling insects in many areas, wild use of pesticides, etc. Were not involved in this research.

In this study, what will be the effect of this change in the countries of the world in the future, it also describes how the population displacement will happen and which country's workforce will decrease due to age. But the lack of overall factors in many research predictions.