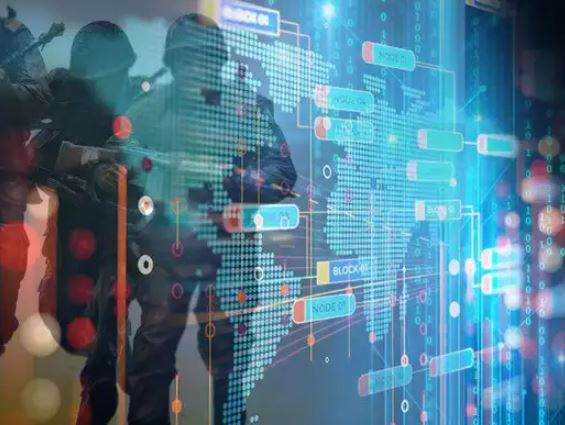 On the one hand, by airing the border dispute at the northern end of India, China has created a situation of tension on the other hand, it is not deterring every possible conspiracy against India.

A recent report said that China is spying more than 10,000 important personalities of India (China Spying India). The spying is being carried out against a company based in Zhenhua Data Information Tech Co., based in Shenzhen, China. This company belongs to the ruling Communist Party of China.

Through this company, the Chinese administration is using data on a large scale for spying using 'hybrid warfare'. Recently, the report said that China should keep a close watch on all the Chief Ministers, Chief Justice, CAG and former and current heads of forces including Prime Minister Narendra Modi, President Ram Nath Kovind, Interim President of Congress Sonia Gandhi, Defense Chief General Bipin Rawat. Used to be. Apart from this, industrialists like Ratan Tata and Gautam Adani are also in the eyes of China.

The Chinese company through which this espionage is being done is known for doing real-time surveillance on a large scale in India. Now you should know what is the whole game of 'Hybrid Warfare' and how and how much China can harm India.

This is a non-traditional means of war with enemies. In this type of strategy, data is played and after analyzing that data moves against the enemy. For example, with the help of this data, you can spread misinformation in the house of the enemy and cause violence, disturbances can be done in financial matters and revolt can be instigated against the country.

Hybrid warfare can be understood as a type of 'proxy war'. In this, you do not openly fight with the enemy, but can carry out stress and deadly activities in his house. Even in 1999, the People's Liberation Army of China carried out such moves and at that time it was called 'Unlimited Warfare'.

This method of proxy war, which spreads discontent and violence in enemy countries, is not really the idea of ​​China. According to reports, the mastermind of this hybrid warfare for China is Colonel Kayo Liang and Colonel Wang Shiangsui of the Chinese Army. But, the way Russia achieved success in Crimea in 2014-15 without any open war, since then every other country is interested in using such a strategy.

This Chinese company, which is directly related to the Chinese Navy and Intelligence, is the key to gathering data information. Keeps a close eye on every digital activity and also paves the way for social media platforms. The result is that an entire 'information library' is created by this and then the work data is sorted and analyzed. Now the question arises that what kind of data is monitored.

Information such as addresses, marital status, photos with special people, political relationships, family, and social media activity is considered important in terms of espionage, and proxy war. The Xinhua company assigns a repository of all such information to China's Threat Intelligence Service. Also, the company does not destroy data that is not of intelligence or Chinese military work, it is also maintained separately for the future. Experts believe that this data can be used in a dangerous way.

According to the rules of law for IT in India, there is no restriction on how companies take and use data from social media or digital platforms for advertising and marketing. That is, technically it is very difficult to take action against Xinhua.

But when there is an angle that a foreign company is collecting information to give data to the intelligence of the enemy country, then what will be the rules? Should it still be considered legal? Provisions are needed on all these subjects.

Along with the border tension between India and China, in the event of proxy war, India took Boycott's steps by banning Chinese apps. Experts, however, believe that the Chinese intentions against Xinhua do not have any significant impact on China's evil intentions. China's technology is that it will help the enemy through propaganda, misleading information ie Info Air Pollution.

No China is using this strategy against all its enemies. China is collecting sensitive information related to national security, intelligence and economy of many countries of America and Europe through social media. It was also reported in the reports that the Chinese company has a database of about 2.4 million people around the world, including 35,000 Australians. Can China's enemy countries be somehow mobilized against these nefarious moves? Wait for the time to reply.