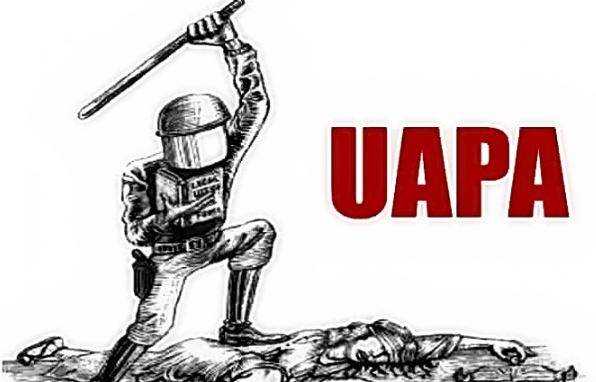 The arrest of JNU alumnus leader Umar Khalid on charges of conspiracy in connection with the Delhi Riots Special Cell of Delhi Police has ordered the Unlawful Activities (Prevention) Act (UAPA) ). Under this law, many famous and social activists have been arrested earlier. A year ago, when this law was being passed in Parliament, it was still very rude and it was said that it violates constitutional rights.

Amidst the support of some parties and opposition from some, the NDA Government (BJP) at the Center had passed this law, but since then this law has been in the discussion because it gives unlimited powers to the government and investigative agencies and There is a possibility of its misuse. Know how strict is UAPA, this law related to the arrest of Omar Khalid and all the special things related to it.

Under UAPA, very stringent provisions were made to prevent illegal activities in and outside the country. Last year, the government made some amendments to this 1967 law to make it tougher.

In 2019, the NDA government added some more provisions to this law so that the investigating agencies of the Center and the state governments could better deal with terror and Naxalism. Understand the provisions of this Act:

- The law applies throughout the country.

- Under this law, anticipatory bail cannot be obtained in the case.

- A case can be taken against any Indian or foreigner under this law. No matter the location or tendency of crime.

- In case of crime on foreign soil, a case can be filed under it.

- In India, this law may also apply in cases of crime in register ship or aircraft.

- This law is mainly to deal with terrorism and Naxalism.

- Any kind of individual or collective illegal activity, which threatens the security, unity and integrity of the country, is under the purview of this law.

- This law empowers the National Investigation Agency (NIA) to declare a suspect involved in any kind of terrorist activity as a terrorist.

The barrier of cohesion will also end. In such a situation, the crime of criminals will increase, but the opposition said that this will increase the arbitrariness of the NIA and abuse of the law against minorities.

In the year 2018, the same law was imposed on Sudha Bhardwaj, research scholar Rona Wilson and journalist Gautam Navlakha, who were fighting for tribal rights. This year, this law was in the news when the Jammu and Kashmir Police imposed UAPA (Unlawful Activities Prevention Act) on the users who used social media unfairly in the valley.

According to this law, according to the definition of 'unlawful' activity, 'any activity which intends to harm the sovereignty, integrity, integrity of India, or denial' shall be deemed to be within this scope. This law provides for imprisonment of up to 7 years for any such activity. However, if someone is found guilty in any such illegal or terrorist activity, then the punishment can be life imprisonment or even the death penalty.

Law and Order
9 months ago

Law and Order
9 months ago