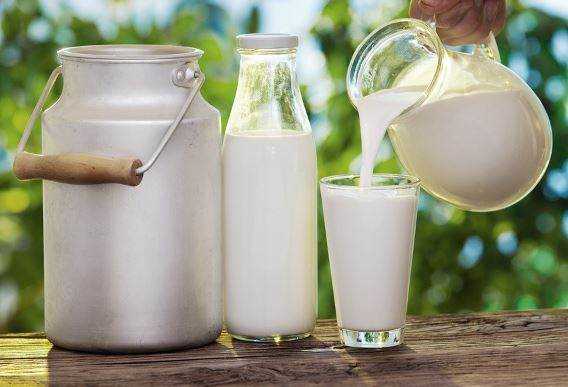 Milk is considered an important part of the diet, which contains calcium, protein, vitamins, and many nutritious ingredients. Milk is also considered essential for physical and mental development.

From newborn to older and elderly, drinking milk benefits. Doctors recommend drinking milk to any sick man. Milk is considered very helpful in enhancing the digestive system and the nervous process. Milk is made up of some things, it consists of water, fat, protein etc.

Milk has its taste according to different elements. It includes sweet, salty, and faded taste. 150 calories is considered in a 200 ml glass of milk. Sometimes some of us do not like milk, what should they do. What can be some other beverages with properties like milk? But if you do not like milk, then know which other substances can be consumed as an alternative.

Coconut Milk - Coconut milk is a good source of energy. It is made by mixing the inner part of the coconut. In addition to iron, magnesium, and potassium, it also contains lauric acid. Our bodies can easily absorb all these elements. Full-fat coconut milk has more calories, which provide proper health benefits.

Soy Milk - Soya milk is a great option for people. It is also a better source of protein and essential fatty acids. Excess intake of soy milk produces estrogen hormone, so it should be consumed in a fixed quantity. People who want protein can consume soy milk.

Oat Milk - Oat milk is another good option. It does not contain lactose nor protein. Due to the grain in it, it fills relatively fast. It also claims to have some groups of proteins. However, there are different beliefs for this. Fully oats do not contain gluten but it is claimed to have some part.

Almond Milk - Almond milk can be considered a better option in dairy-free foods. Plain almond milk is nutritious but it can be sweet in taste. Almond milk is beneficial for health, to be used as an alternative to milk.

Rice Milk - This filter is made from water and organic brown rice. Sea salt is also used in this. Commercial rice milk has the same vitamins and calcium as cow's milk. It is very good in fiber but fat is not in it. It contains 110 calories, which can be considered very good.