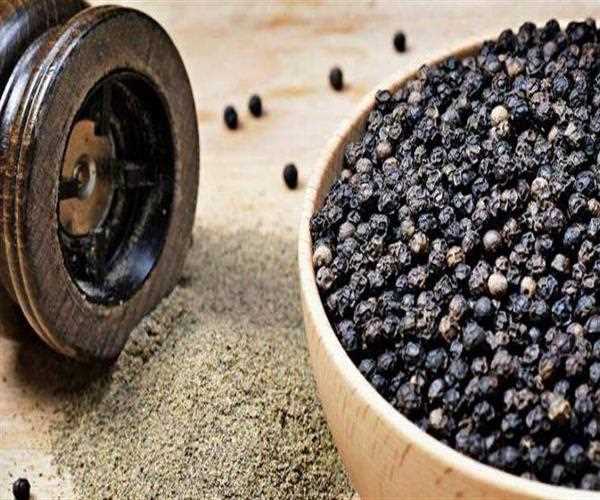 Black Pepper Is Effective Against Corona ?

Recently, a new message started going viral on social media. It aired from WhatsApp to Twitter that the consumption of black pepper can prevent corona. It was also written that a student of Pondicherry Medical College made it. In addition, the World Health Organization has also approved it.

By the way, it is true that black pepper has been consumed in many diseases in our country for hundreds of years. In Ayurveda, many medicines are prepared on the basis of black pepper.

Now we tell you which message went viral on social media. In which it was said that home treatment has been found. This is the message

"A happy news, finally Ramu, an Indian student at Pondicherry University, discovered home remedies for Covid-19, which the WHO-approved in the first place.

He has proved that Corona's effect can be eliminated up to 100% if one teaspoon filled with black pepper powder, two teaspoons honey, a little ginger juice, is taken for 5 consecutive days. The whole world is starting to take this treatment. Finally a pleasant experience in 2020. Do send it to all your groups. Thank you."

When some journalists contacted the Vice-Chancellor of Pondicherry University for the truth of this, they clearly called this news fake.

He said that we do not know how this false news is being circulated and how it has been born, but the truth is that nothing has happened in the university nor any student has prepared any domestic recipe so that Corona Treatment can occur.

The WHO has categorically denied any such drug through its website. The World Health Organization has made a separate section to prevent misleading news, which is constantly updated. And if any rumor or fake news is going viral, WHO takes immediate cognizance of it.

The WHO has clarified that so far no medicines have been made for the coronavirus nor can the coronavirus be avoided by using pepper. The World Health Organization says that black pepper can make your food tasty but cannot prevent coronavirus. However, the WHO has acknowledged that some Western, traditional and home remedies can relieve symptoms of Covid-19, but they are not the cure for the disease.

WHO has again said that to avoid coronavirus, keep a distance of one meter from people, wash hands continuously, eat balanced, drink water properly, exercise, and get good sleep. Also wear a mask.

READ HERE MORE : What is Act Of God For Corona Affected Economy ?

Black Pepper or Marich Herb is a medicinal spice. It is also called gol mirch. It is slightly smaller, round, and black in appearance. It tastes very spicy. Its creeper is going to live long. It has a pan-like leaf, spreads very fast and is soft. Its creeper grows up with strong support.

It gets about two yields in a year. First yield in August-September and second in March-April. Two types of black pepper are sold in the markets - white pepper and black pepper. According to Ayurveda, the effect of black pepper is neither cold nor hot, but in some places, it has also been described as hot Tasir.

Some of the benefits of Black Pepper

Mixing some honey in black pepper and consuming it can relieve cough.

Black pepper is considered beneficial in improving your digestion.

Along with reducing weight, black pepper gas, relieving acidity can also be beneficial.

Black pepper contains antibacterial ingredients, which can help protect you from infection.

Black pepper has carminative properties, which can help in relieving gas problems.

It can also be effective in flatulence and abdominal pain.