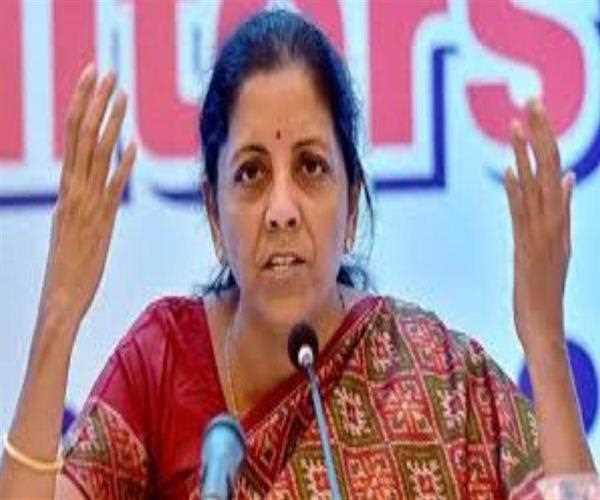 Coronavirus epidemic has affected the economies of the world. Recently, according to the figures of GDP released in India, India's GDP slipped to near 24%, which proved to be the worst affected economy in the world (Covid 19 Affected Economy).

Meanwhile, the country's Finance Minister Nirmala Sitaraman compared this effect on the economy to the 'Act of God'. Since then, it has been a matter of debate.

On the one hand, leaders like P Chidambaram, Abhishek Manu Singhvi and Subramanian Swamy are questioning Sitharaman's statement, on the other hand, there is an analysis of how other countries are dealing with the impact of Covid 19 on the economy. Meanwhile, the most important thing is that what is the Act of God legally?

It is legally considered as the Force Magician Clause (FMC). This is a situation in which the parties on both sides are relieved because this situation is not under control.

This is the French term, which is understood as the concept of Act of God. It is considered to include natural disasters as well as emergency situations like war.

This clause is mostly in commercial contracts and is kept for crisis situations. As soon as the implementation of this clause, both the contracting parties are not dependent on the contract, that is, they are free from the obligations.

For example, if the insurance company is giving insurance to someone, then it can refuse to give the amount of insurance as soon as this clause is implemented due to the crisis.

READ HERE MORE : What Is Whatsapp VCard Scary Message ? How To Safe It

The release of liability from the enforcement of this clause is not considered to be a breach of contract or agreement. Generally, natural calamities are understood under the Act of God, which are not predictable, but this Act also includes the crises that can occur due to human intervention. Apart from natural disasters, war, riots and even strike, it can be included in this clause.

The new policy for this activity at the government level also lists situations such as trade restrictions, Boycott and pandemics. However, there is scope for dialogue between the concerned parties regarding the implementation of this clause. There is no practice to implement it unilaterally. Apart from this clause, the Indian Contract Act 1872 also provides such a provision.

In April this year, the Bombay High Court dismissed the plea regarding the implementation of the FMC, stating that the lockdown due to Kovid 19 did not work according to the steel supply contract. However, in other cases, this type of argument was taken differently.

The International Trade Promotion Organization in China, the country that started the Covid 19 epidemic, talked about implementing FMC for businesses.

Earlier in 2002, this system was implemented in China even during SARS. In April during the epidemic, Singapore also implemented the Covid 19 Act to provide relief to businesses.

A Paris court also said in July to deal with the epidemic of the FMC. In the UK too, such a clause was preferred to give relief and a similar framework is being followed in Scotland and Northern Ireland.