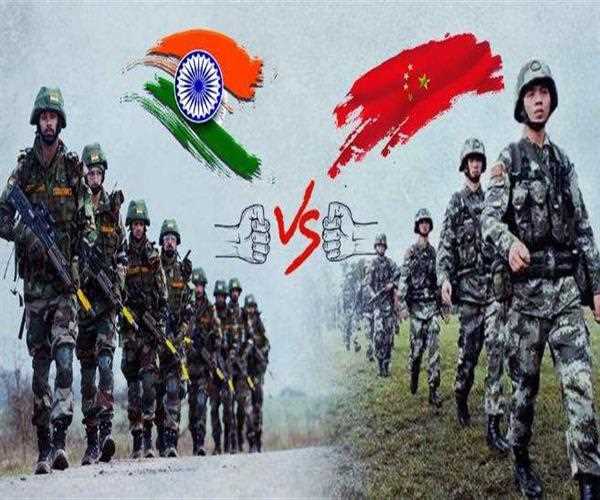 The deadlock in Ladakh was going in favour of the Chinese, so till now the process of negotiation was slow. Not only was China responding to India's request for negotiation, but the outcome of the negotiations had not been achieved.

The Chinese presumed that the atmosphere was in their favor, India was defensive, and the possibility of physical conflict by creating a buffer zone was virtually nil.

Fear of Galvan Valley, which broke the myth of the People's Liberation Army (PLA), was left behind. They were confident that they had achieved their target and could extend the Line of Actual Control (LAC) to their advantage.

But at the end of August, when India attacked the empty area of ​​its dominion in a planned and coordinated manner, surprising China with a counter-attack, the Chinese got sleepy. In one stroke, India turned the atmosphere in its favor.

The Chinese felt that they had been defeated and any action on their part would be under Indian surveillance and domination. Another masterstroke was to deploy the Special Frontier Force (Development Battalion) involved in the Tibetan refugee wards.

It gave the message that India has abandoned its 'one China policy'. China responded by claiming that India had violated the LAC, which itself had refused to accept until a day earlier and

Demanded the return of Indians. India has again banned many Chinese apps to further hurt China and impact its software industry. Consequently, there was a demand for dialogue at all levels from China.

The brigade commanders continued to meet for almost a week without any result, as India refused to accept the Chinese demands. The Chinese Communist Party mouthpiece continued its propaganda.

China also requested a meeting between the defence ministers of the two countries, which took place in Moscow at the Shanghai Cooperation Organization (SCO) meeting. This third request from China was made after India's forward-looking action to capture the dominating heights. Obviously, China was seeking a solution.

The two sides issued statements accusing each other of violating the LAC. The Chinese Foreign Minister said in his press release after the meeting that 'the truth and cause of the current tension between India and China on the border is clear, and this responsibility rests solely with India.

China cannot lose its borders, and the Chinese military is capable of protecting national sovereignty and territorial integrity. ' On the contrary, India's statement was that 'the action of a large number of Chinese soldiers was an aggressive act of their aggression and an attempt to unilaterally change the status quo, in violation of bilateral agreements.

Indian soldiers have always adopted a responsible approach to border management, but there should be no doubt about our determination to protect India's sovereignty and territorial integrity. ' As expected, the meeting between the two defense ministers was inconclusive. Both sides continued to hold each other accountable. The meeting, which lasted more than two and a half hours, set the stage for only the next level of talks, which will take place in Moscow on 10 September between the Foreign Ministers.

India calls for the restoration of the April 2020 situation and the withdrawal of additional troops from the region, while China wants India to accept its stand of the LAC and retreat from the recently occupied territory. At present, there is a huge lack of trust between the two countries due to Chinese attitude.

If China accepts India's offer and returns to its position in April 2020, it will damage its image and affect the PLA's global reputation. If the current situation continues, its status and activities will be subject to Indian surveillance and domination.

Its main camp in Moldo can be targeted. Any military action to expel Indian forces will cause huge loss to Chinese life, as India dominates there. The Indian Army is ready to face Chinese audacity.

READ HERE MORE : What is Act Of God For Corona Affected Economy ?

India is not confident that China will abide by the agreed agreements. China has refused to accept the consensus reached at the Lt. General level talks. India is skeptical of China's intentions and is also unsure of whether China will try to occupy the height, which is currently occupied by India.

In 1965, China did this in Jelep La, Sikkim and in Doklam it is continuously building infrastructure in its region. Such activities will create problems for India. In addition, China may further violate the LAC. The best solution is to determine the LAC border in Ladakh, but this may not be acceptable to China, as it would make it difficult in that region.

The other solution may be to maintain the status quo until the boundary agreement is reached. In such a situation, both the armies will keep distance from each other.

This will affect both the countries, as Ladakh will have to maintain a large military force for a long time. This may again be unacceptable to China, as its posts will remain under India's supervision round the clock.

How the current crisis will be resolved will depend on how the two Foreign Ministers negotiate and reach an amicable solution. As such, Indian diplomats have to be careful not to lose the current military edge in search of a quick solution.