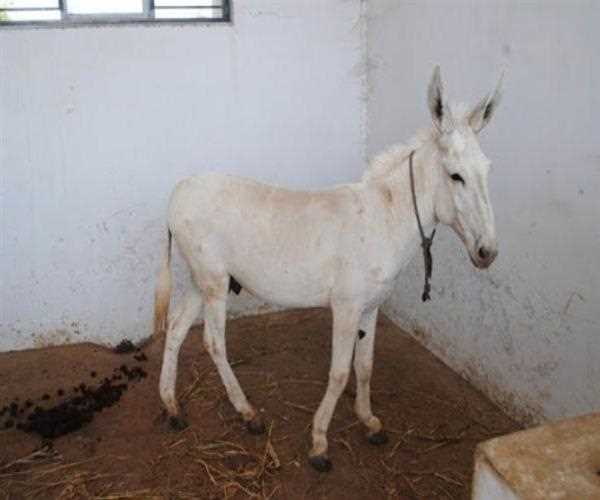 Why Gujarat' Special Breed Donkey Milk Is So Special For Our Health?

In fact, milk of Halari breed donkeys is becoming very popular in Gujarat. The special breed of Halari donkeys is found only in Saurashtra. They are found in Jamnagar and Dwarka.

At the same time, their dairy is also opening. Actually, these donkeys were first used to carry goods but later the work of extracting milk started. It is reared by a special community

At the same time, their dairy is also opening. Actually, these donkeys were first used to carry goods but later the work of extracting milk started. He is reared by a special community. And extracts milk

The donkeys of Halari breed are white in colour. Their height is strong and normal. The National Animal Genetic Resources Bureau in Karnal, Haryana, has also done research on them and has described them as a special breed.

If seen in terms of health, donkey milk reduces intestinal infection, better for headache. It contains Lactose Intolerants. It is useful for osteoporosis and boosts the immune system. Beneficial for hair and beauty.

In many countries around the world, the donkey is being used in beauty products and skin whitening products. Even in Ayurveda, donkey milk has been described as better for skin diseases. It can be said that donkey milk acts as a natural moisturizer and makes the skin glow. This anti-ageing means that it reduces the results of ageing. Makes natural skin soft, healthy and glowing. It is also a good source of protein.

Queen Cleopatra of Egypt is considered one of the most beautiful women in the world. One of the many stories about her is that she used to bathe with donkey milk to preserve beauty. Although the matter of Cleopatra may be true or not, it has been proved that donkey milk has excellent skin benefits.

In 2014, Christian priest Pope Francis came into the discussion, saying that he had also drunk donkey milk in his childhood.

According to a report in the Times of India, Pope had said that he was also given milk of donkey in Argentina in his childhood as an alternative to mother's milk, which was very healthy. By the way, many things are coming in the milk of donkey in recent times. Experts themselves believe that this milk is not only nutritious but is excellent for skin care.

It is in great demand as an anti-ageing product. Even the Food and Agriculture Department of the UN believes that donkey milk has many benefits. Even in addition to beauty products, it is also very beneficial in food. Especially those who are allergic to cow or buffalo milk, they can take products made from donkey milk.

Milk from donkey makes the world's most expensive cheese. The price of one kg of this cheese made in Northern Serbia goes up to about 70 thousand rupees.

According to Slobodan Simic, who made it, this paneer is not only tasty but is also a better option in terms of health. This cheese came into the limelight in 2012 when it was said about tennis star Novak Djokovic of Serbia that this cheese is supplied annually to him, though Novak denied the news.

The special thing is that a donkey does not even give a litre of milk in a day, whereas a cow can get up to 40 litres of milk per day. For this reason, the production of this cheese is very less.

This form makes and sells 6 to 15 kg of cheese in a year. Due to low production, its price is very high. The world's most expensive cheese made from donkey milk is called pure cheese.