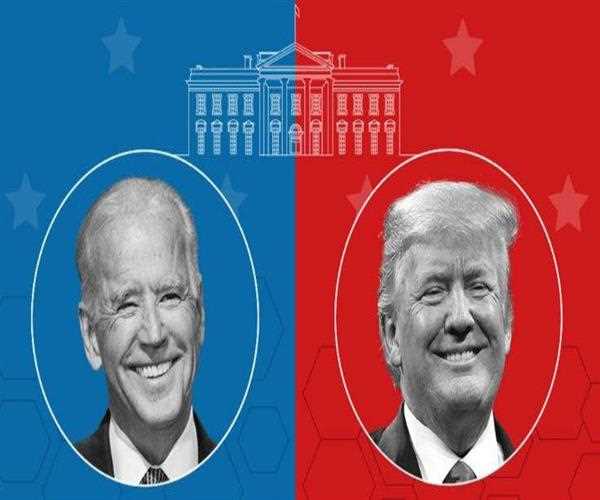 There are speculations about the US presidential elections, who has the upper hand in Joe Biden or Donald Trump? Approval rates are constantly indicating that Biden's claim to the post is stronger.

At the same time, trumps are seen in popularity That is, if you trust the approval rate, then the Trump may also get less votes. However, more or less votes do not determine victory or defeat in America. Trump's vote count in 2016 was 3 million less than Hillary Clinton, but he became president. Know how this happens.

Currently, elections are scheduled in the US on November 3, that is, less than 2 months. Meanwhile, pre-election trends are showing that Biden is more popular than Trump.

However, it is possible that no one can become president even after getting more votes. The reason for this is that the President in the US does not make up with the vote of the public, but for this, the Electoral College works.

There are a total of 538 members but according to the population of each state, the electors of that state are elected. That is, if a state is large, then more electors will be elected so that they can represent their population in the right way.

California has a large population, so there are 55 electors. At the same time, Washington DC has only 3 members, who will play a role in electing the President.

The presidential candidate needs 270 or more votes to win the election. Whichever party wins in a state, all the electors belong to it. This is the reason that instead of focusing on all the states in the US, the candidate focuses on certain states so that if his party wins, then his member numbers in the Electoral College will be more. In such a situation, he gets closer to the presidency.

This is the reason that even after becoming more popular among the voters, it is not guaranteed that the candidate will become the President. If he could not get 270 votes in the Electoral College, then the defeat is certain.

Like it happened in the last election too, when Hillary got more love from the voters but she could not win. According to a BBC report, this trend has been going on continuously in the US for the last five elections.

In these conditions, the House of Representatives of America has the right to vote among themselves and elect the President. However, this has happened only once till date.

In the year 1824, the Electoral College was divided among four candidates and none could get majority. Then it happened. But since there are only two parties this time, there will be no chance of going here.

Biden is also seen ahead of Trump in a CNN survey. According to this survey done with the help of SQL Server Reporting Services (SSRS), while 42 percent of the voters are supporting the Trump, Biden is 10 percent ahead of them. There were 6 such telephonic surveys. Two of these surveys were also about Biden making Kamala Harris the vice-presidential candidate.

It tells how 54 per cent of registered voters reacted negatively to the trump. Similar trends are also seen in the second survey.

According to the Washington Post and ABC News poll, Trump's rating was seen to be down to 43 per cent approval. At the same time, according to the Wall Street Journal and Fox News, this percentage for Trump is going up to 44.

Failure in the coronavirus case is also believed to be a reason behind the trump. Also, ever since the death of a person of black origin George Floyd in police custody a few months ago, people have been seen to consider Trump's authority as racist and reportedly keeping a distance from him.