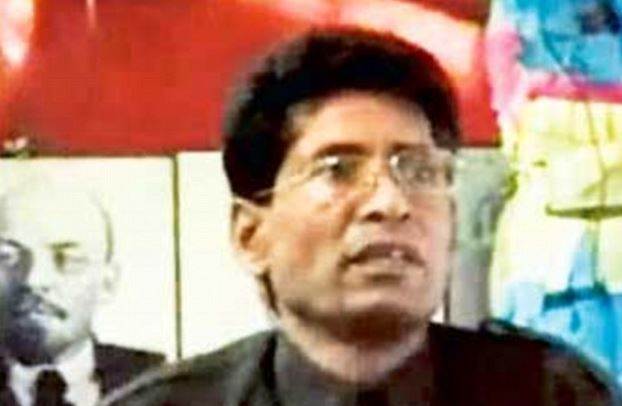 Maoist Ganapathy : The Most Wanted Criminal Of India

There have been several death reports about the country's most feared Maoist leader Ganapathy, but each time his name comes up again after some major Mao activity. The huge threat to the internal security of Ganapathy.

It is a rough idea that it had more rewards than the underworld don Dawood Ibrahim on his head. It is now being said that this Mao leader can surrender in front of the Telangana Police soon (he may surrender in Telangana). Know who is Ganpati and how dangerous.

If anyone wants to know about Ganapathy, then he has to understand that for the last decade he has been the most wanted person for many states of the country. A police officer from Chhattisgarh said something similar about Ganapathy aka Muppala Laxman Rao. This former general secretary of CPI (Maoist) has been looking for police from Chhattisgarh to Maharashtra, Odisha, Jharkhand, Bihar.

Even the National Investigation Agency was looking for Ganapathy. Every state placed different rewards on this Mao leader. And thus Ganapathy became the biggest prize criminal in the country with an amount of more than 2.5 crores.

It is said that he has got the protection of sharp guerrilla guards in fighting a very brave and jungle-mountains. Even he is surrounded by many layers of protection, like the big politicians of the country. In such a situation, it was not easy to reach it by breaking the security cordon. He also had his army of informers nearby. Due to this, no attempt to reach him was successful.

Now this Ganapathy is going to surrender. The real face of the 74-year-old Ganapati has been seen much earlier. He is lean and medium in height, who has white hair. Ganpathy is fond of coloring hair. In 1995, he first came into the limelight when he bombed a police car, including a DSP.

In that attack, 25 people including the officer were killed on the spot. After this, Ganapati brutally murdered 35 tribals in the Errabor area of ​​Bastar along with his allies in 2006 to counter the Salwa Judum campaign.

In 2006, he killed 22 policemen at Upleta camp and blew up a van carrying 14 Naga soldiers. In 2008, he attacked the CISF's Hiroli Mines Camp, in which eight soldiers were killed.

Born in Karimnagar district of Telangana, Ganapathy was a teacher by such profession. But at the same time he believed in connecting with people for any change. With this thought, Ganapati left his profession and became the leader of the Mao movement. Ganapathy had access to the country and abroad. He made contact with rebel groups in other countries such as LTTE in Sri Lanka and Philippines. From here he kept getting things like logistics and weapons for his campaign.

Ganapathy resigned from the party two years ago due to illness. Now he wants to surrender due to his ill health. However, the news of his has created panic among the Maoists. On Thursday evening, he issued a press release saying that it is true that his leader left the party due to health two years ago but his surrender is a lie and an attempt to discredit the group.

Since Ganapathy is very powerful, so many police officers themselves are not sure about his surrender. On the condition of anonymity, a police officer said that if Ganpati's health is bad, then he can arrange a good doctor for himself in the jungle, as Mao does. Even those people can create ICU within the forest itself. In such a situation, due to poor health, surrender does not seem to be as reliable.

On the other hand, many senior police officers are happy about Ganapathy's surrender. According to Inspector General of Police P. Sundar Raj in Bastar, Ganapati was trying to spread the roots of Mao movement in Bastar for the last 25 years. Now if he surrenders then this will weaken the campaign. At the same time, after the handing over of the police, they will be able to give information about many dreaded attacks.