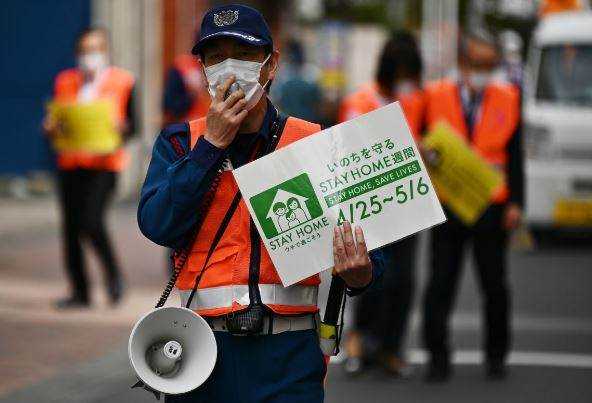 Know How Coronavirus Is Saving Lives In Japan

The rate of suicide among youth in Japan has increased rapidly in the last two decades. Even this country is the fifth highest country in terms of suicide. In the last five years, an average of 70 young people are dying here every day.

However, during the period of Corona, the suicide rate decreased completely. According to experts, the average rate of suicide in February to June showed a decrease of 13.5. On the one hand, depression is increasing in the world due to Corona and it is having a different effect in Japan. Know what is the reason

Poverty in Japan, one of the developed countries, is much lower. Even after this, the suicide trend is more here. But Corona had a different impact on Japan. Researcher Shohei Okamoto of Tokyo Metropolitan Institute did a research on this, whose results are surprising. According to this study, published in the science journal medRxiv.org, Corona has a good effect on Japan's mental health. Its results are seen as a decrease in suicide there.

A report has come in the South China Morning Post citing research. According to this, between February and June 2020, Japan lost 1,027 lives due to suicide, while Corona claimed 974 lives. Earlier, such a study also came in Britain which shows that there has also been a decrease in the number of suicides in the Corona period.

These studies are different from the fear of experts, who are reporting the risk of mental health due to corona. Let us tell you that many studies are saying that due to epidemics such as loss of job, salary or loneliness, people's mental health will be affected and suicide rate may increase. By the way, this fear of experts is also seen in many places. For example, suicide rates in Guam of Pacific Island have already doubled. The same trend is seen in America and Canada.

On the other hand, there are several reasons for the rapid decline in suicide in Japan. The biggest reason for this is the reduced working hours. Let me tell you that in this country Hiroshima-Nagasaki has suffered and faced frequent disasters like floods or earthquakes, the habit of work has become an addiction in the people.

They work an average of 16 hours a day. During Corona, companies took good measures, and forcibly reduced their working hours. There was a 20 percent reduction in work hours so that employees spend time with family. Apart from this, the government gave an amount of about $ 940 to each one so that he can spend according to his needs. Even companies got subsidy. After this, it was seen that instead of the pre-pandemic period, there was a decline in the bankruptcy of the people during the time of Corona.

Here in Japan, new experiments are being done to stop suicide. As seen in a study, a lot of people die by jumping in front of a train in Japan. To prevent this, the practice of installing blue lights at railway stations there.

The results were shocking. The rate of people committing suicide in the lighted stations decreased rapidly and the percentage of overall suicide decreased by 84 percent. After this the idea was adopted in many other countries. Blue lights were also installed at a place in Scotland, UK, and at the Gatwick Airport train station.

Also, steps are being taken to reduce the addition of work in Japanese people. The government is trying to reduce the pressure of work on the people. It has made a law under which it will be necessary for employees to take two weeks' prescribed holidays in a year.

Government employees are being asked to come to work early in the morning and leave early in the evening. This is being done so that people can spend more time with their families. The government is talking about another law under which those people will not get overtime, whose salary is excellent.